Deep to the south of France beyond Arles, there’s a beautiful spot between the Mediterranean and the two strands of the Rhone delta.  Here you’ll find the wetlands and salt marshes of the Camargue.  I first began exploring here before I reached my teens, and my wonder at the spectacular scenery, wildlife, towns, villages and shorelines has never left me.  Come and adventure with me, and I’ll show you the Camargue’s wild spaces, its legends and all it has to offer the dedicated explorer.

Getting To The Camargue

You can fly internationally into Nimes or Marseille.  There’s also the option of taking the TGV train from Paris, Bordeaux, Nimes or Marseille  to Avignon and connecting with local services from there.  If you’re heading out from the UK, don’t forget the option of taking the Eurostar to Paris, or even bringing your car through the tunnel.  Of course, you shouldn’t miss out on the opportunity to spend 12 hours in Paris if you are connecting there.    Should you arrive in Arles without your own transport,  I’d recommend you hire a car, as it’s much easier to explore the Camargue this way.

You can download a map showing the Camargue’s major sites here. 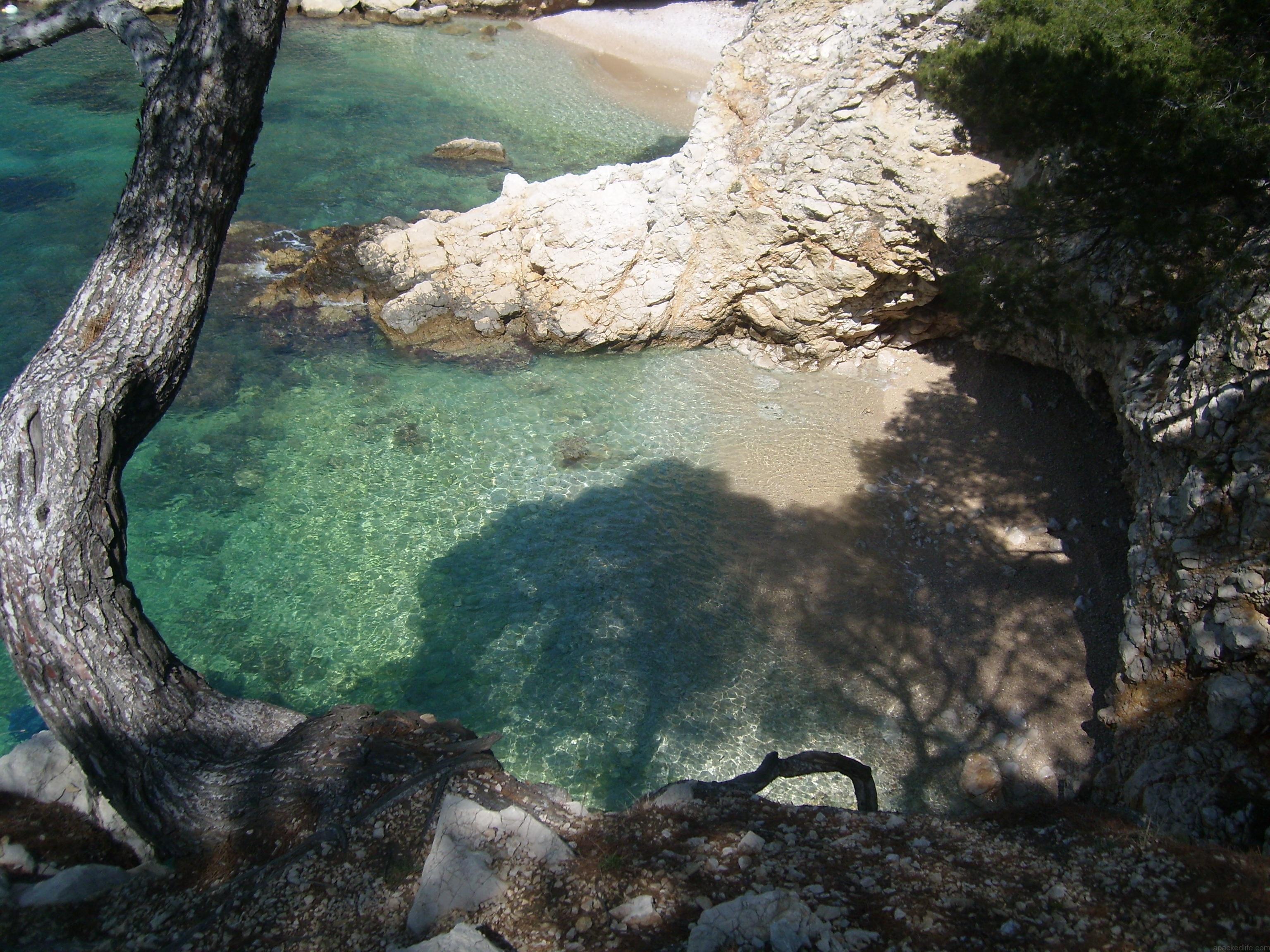 When Should I Visit The Camargue?

As you’d expect from an area of saltmarshes and wetlands, you may get bugged by bugs at the height of summer.  I’d therefore suggest that you consider visiting between April and June, or September to November.  You might want to check that your accommodation comes with screened windows too, to maximise your comfort.  The Camargue is jokingly said to have three seasons: sun, wind and mosquitos.  Choose your dates with care.

Thinking of visiting the Camargue?  Why not save this for later! 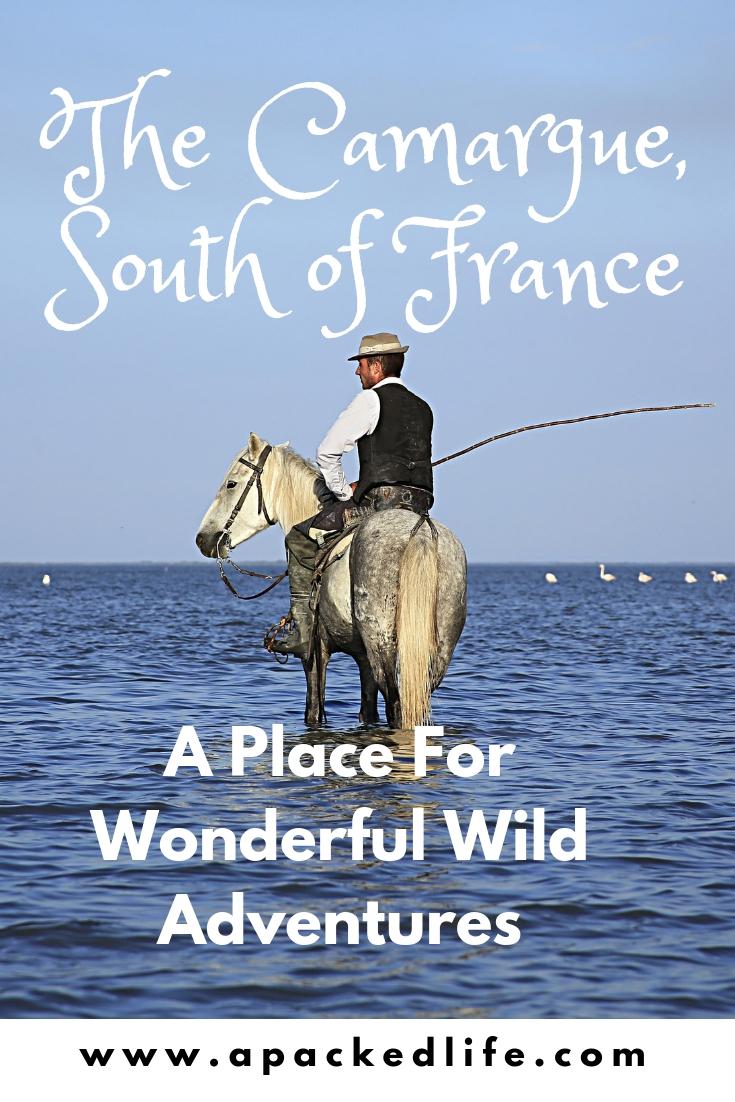 Arles: Gateway To The Camargue 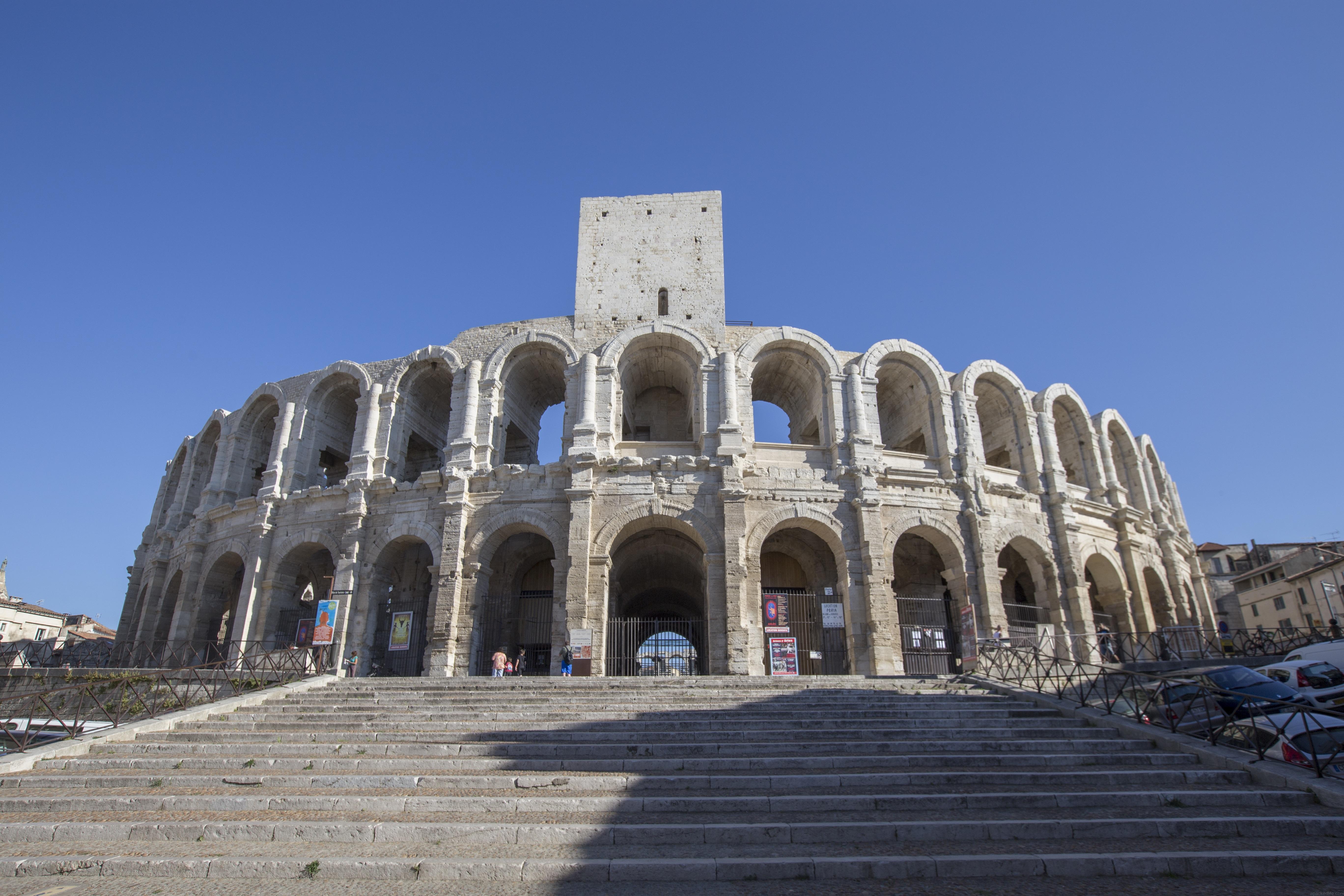 The river Rhone forks into two branches just before Arles, creating the delta that is the Camargue.  If you think you’ve heard of Arles somewhere before, you’re absolutely right.  This is the place where Vincent Van Gogh was inspired for many of his finest works, some 300 of them in fact.  Look around you and you can see entirely why: the yellow houses, the cypress trees bordering the fields, the pavement cafes.  It’s as though all the paintings you know and love have come to life before you.  The courtyard of the Old Arles Hospital, where Van Gogh struggled with his mental health, is now a centre for his works.

Arles has other charms too.  It was a Roman city, and all its Roman architecture is gathered up as a UNESCO World Heritage Site.  Ancient Arles was closer to the sea than it is now, and was a major port.  Some clever political choices made it important in the Roman empire, resulting in such spectacles as the two-tier Amphitheatre.  It was built in AD90, and seated over 20,000 spectators (roughly the same size as Hibs’ ground at Easter Road in Edinburgh) for chariot racing and battles.  You can also visit the Alyscamps, the Roman necropolis, the city’s main burial ground for 1500 years and now an open air museum.  It’s depicted in Van Gogh’s Falling Autumn Leaves. 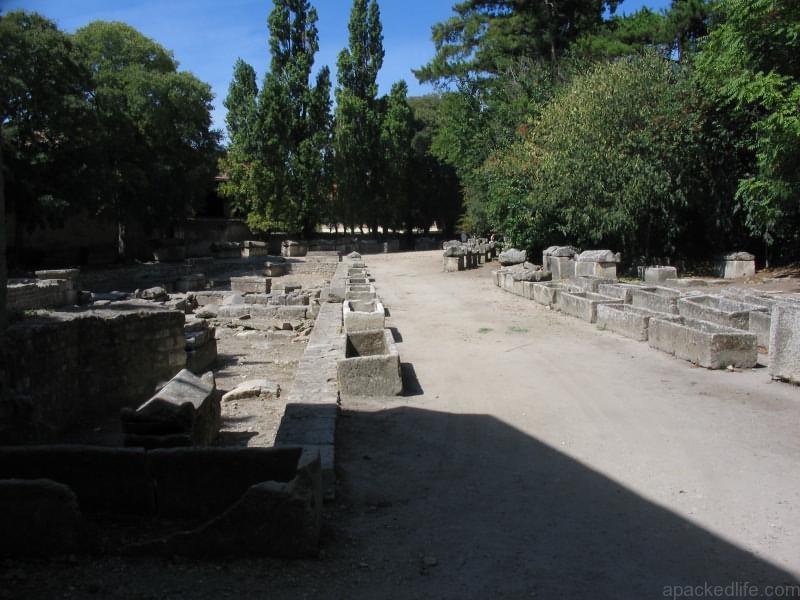 If you’re an avid photographer, Arles is home to the French national school of photography.  The Recontres d’Arles photography festival is held in the city each year.

The Camargue’s Marshlands And Wetlands 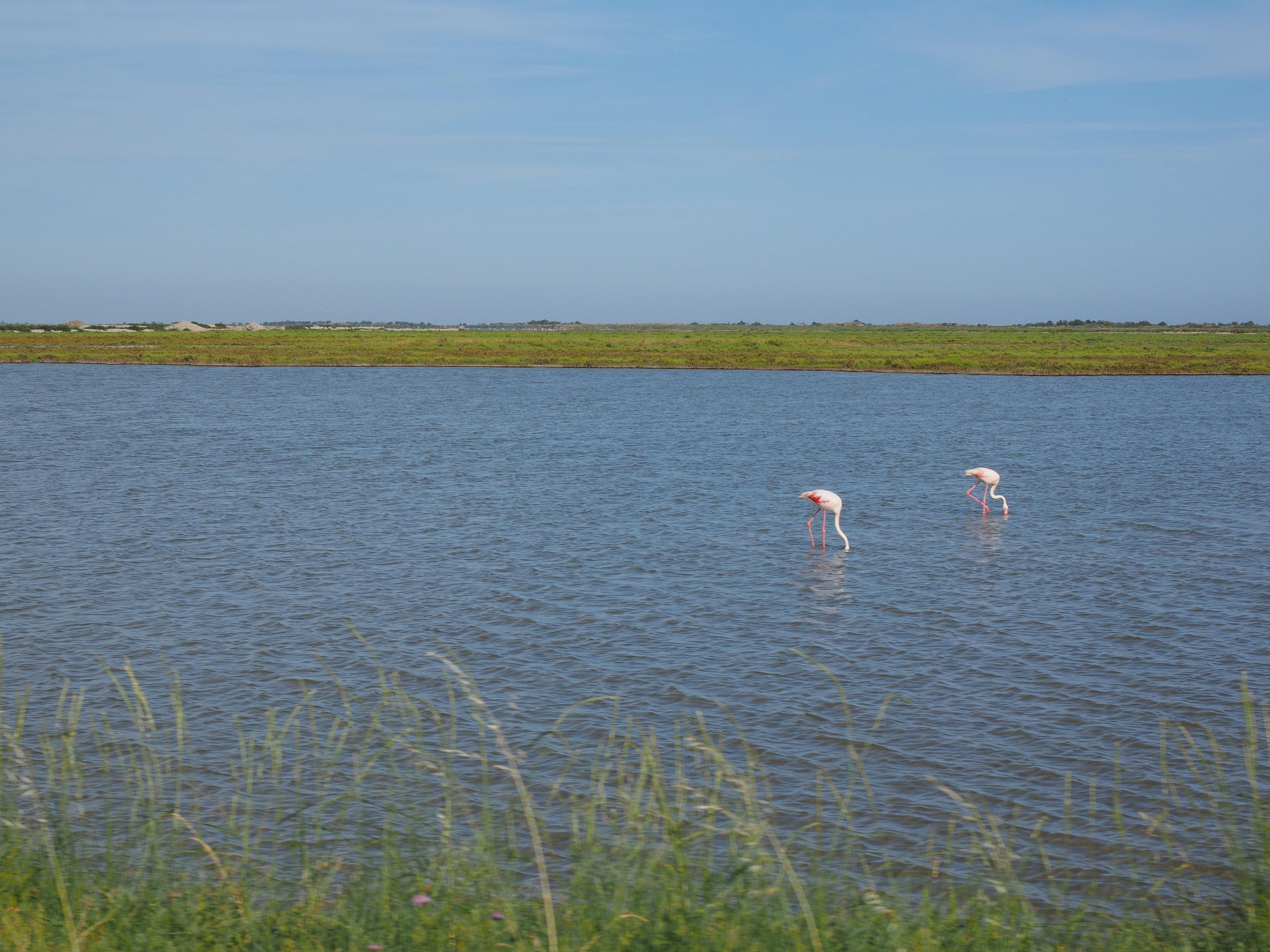 The Camargue covers more than 930 square kilometers, making it the largest river delta in western Europe.  It is made up of large brine lagoons known as etangs.  They are cut off from the sea by sandbars and surrounded by marshes covered with reeds.  There is a wider agricultural area surrounding the marshes.

Around a third of the Camargue is made up of lakes and marshland.  In the centre, the shoreline of the Etang de Vaccares has been protected as a regional park due to its importance for wild birds.  It’s now part of the larger Parc Naturel Regional de Camargue and is designated by UNESCO as a biosphere reserve.

You can find out all about the Camargue at La Maison du Parc at Pont de Gau, 4km north of Saintes-Maries-de-la-Mer.  It’s been located to include a panorama of the Gines marsh, home to large numbers of waterbirds who spend the winter here.  You can find maps and other publications to learn more about the Camargue..

The White Horses Of The Camargue 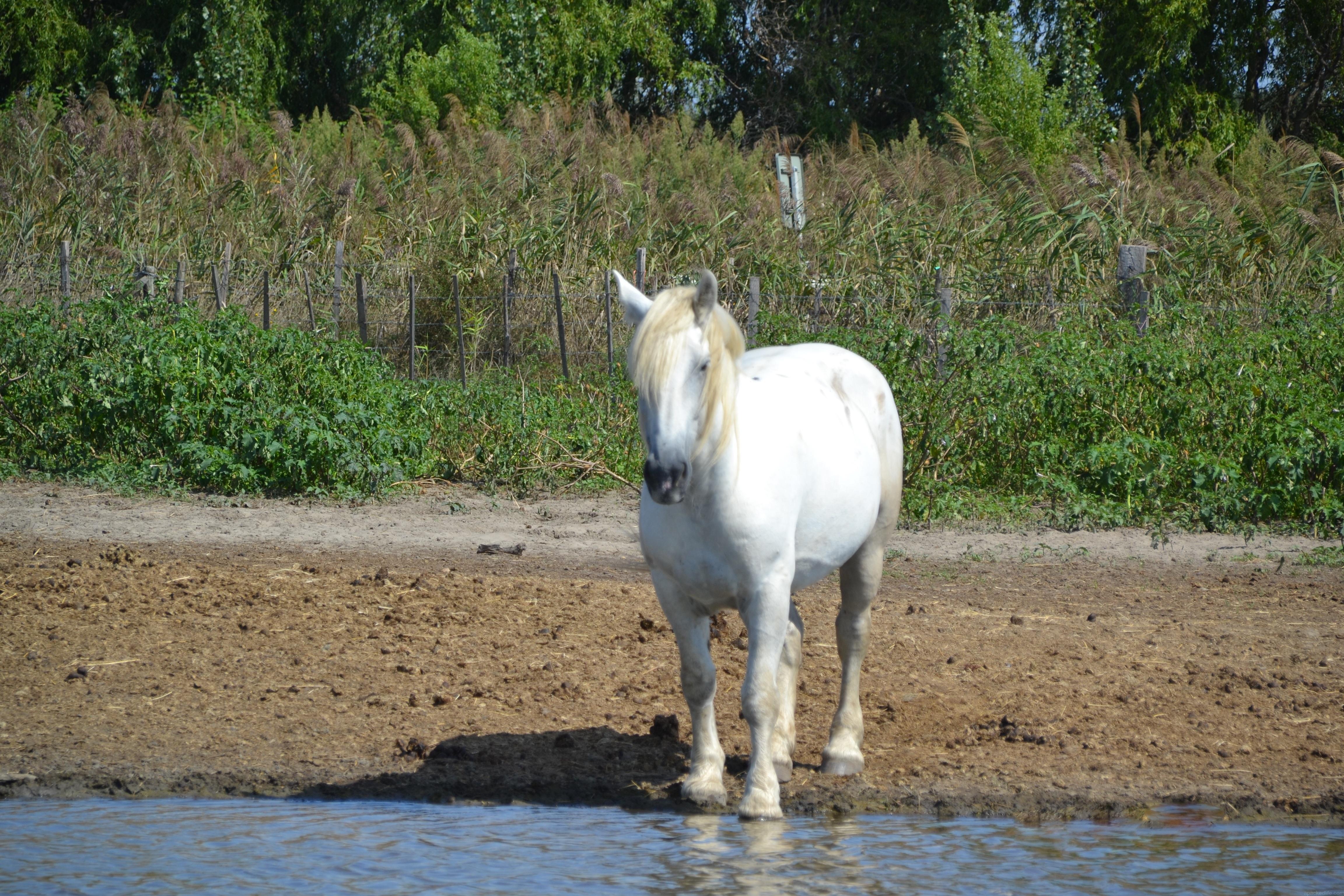 An ancient breed, the Camargue horse is indigenous to the area.  For centuries, if not thousands of years or more, these horses have lived wild in the marshes and wetlands of the Rhone delta.   They live in semi-feral conditions, developing stamina, agility and a hardy nature from the marshy environment in which they live.

Traditionally, the Camargue horses are the mounts of the gardians, who herd the black Camargue bulls.  Bullfighting has been illegal in France since 2011, with some exceptions for cultural reasons, which were successfully challenged in court in 2015.

The agility, calm temperament intelligence and stamina of the Camargue horses has made them favourites for equestrianism, dressage and long-distance riding.  You can spot a young horse, as most don’t grow into a fully white coat until aged 4. 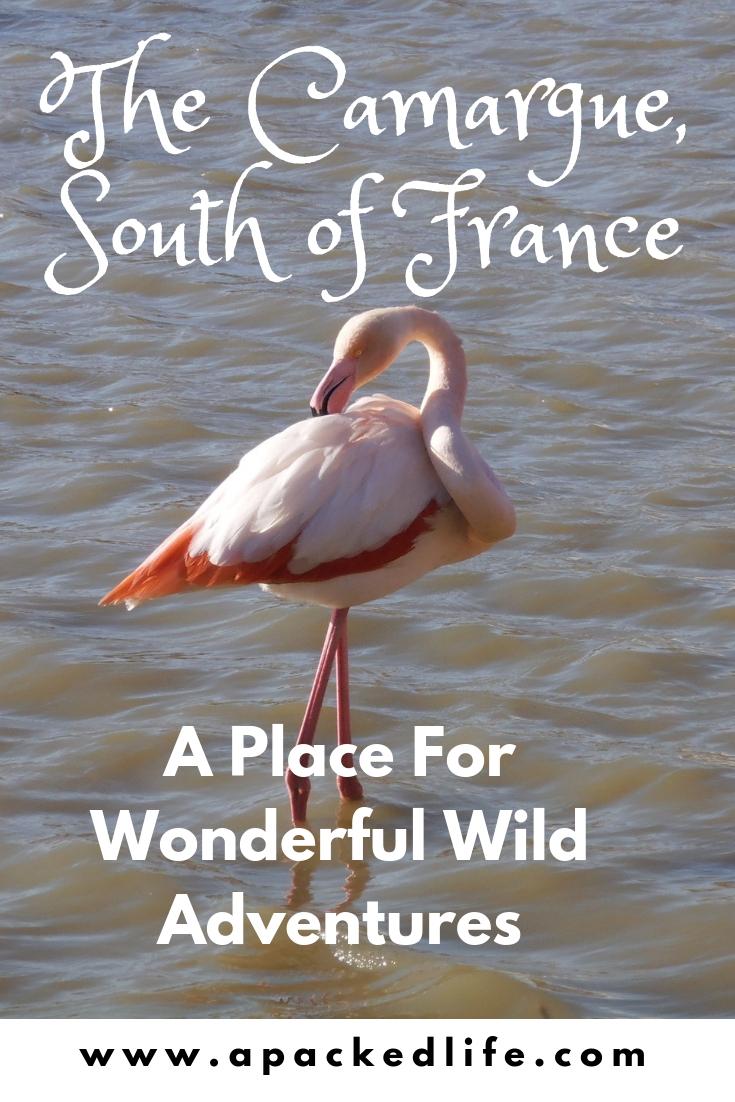 Round a corner, and you might spot something rosy on the water.  As you get closer, the shape of the birds becomes distinct, and you can take in the beauty of those spindly legs, the bulbous body and that elegant pose.  Flamingos are a big part of the beauty of the Camargue, standing knee deep in the marshes, and searching for the crustaceans that create that beautiful pink hue. 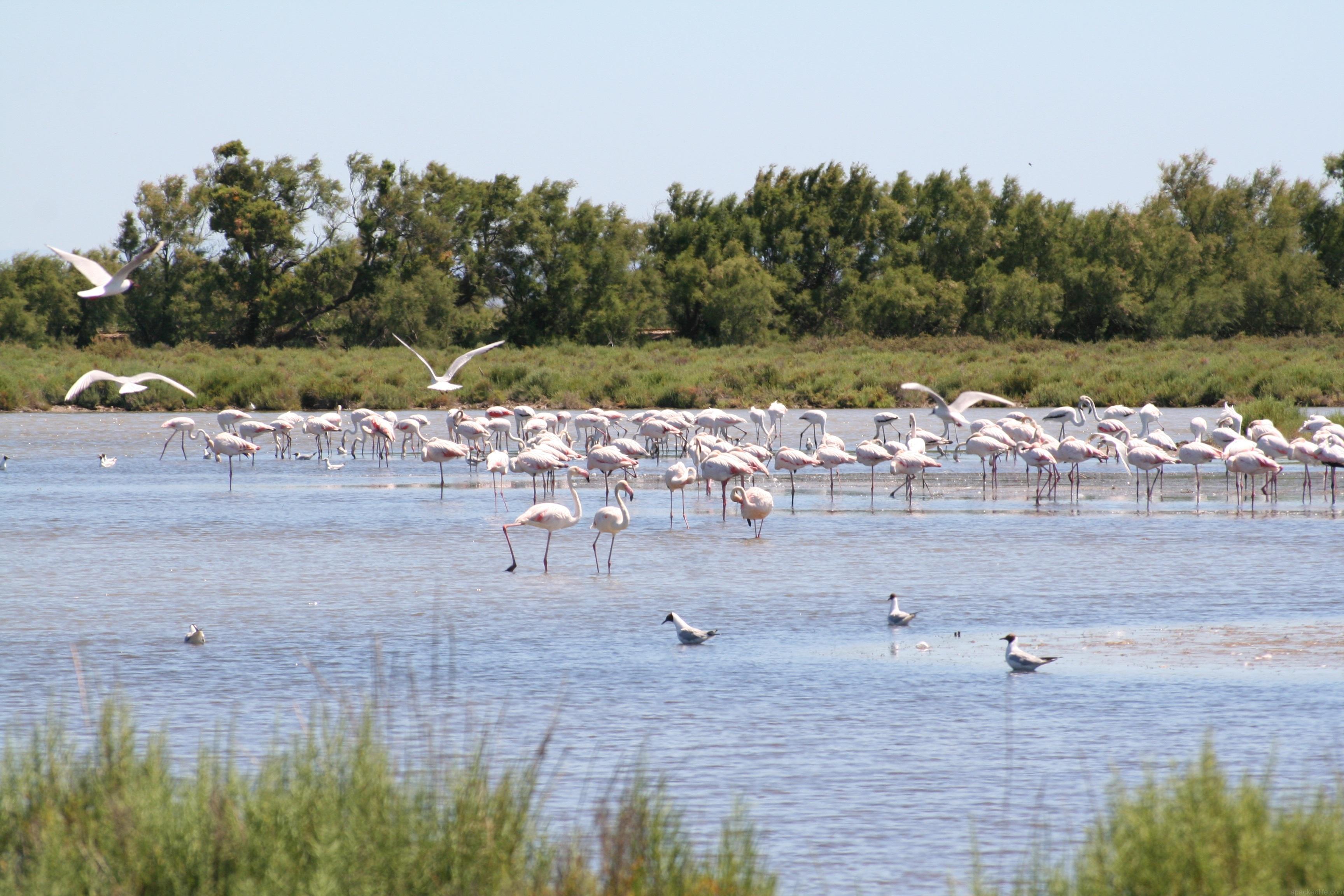 Once they take flight, it’s a magnificent vision.  Those huge wings unfurl, and they’re off, flapping while they skim the surface of the water, then becoming aerodynamically impeccable, necks and legs elongated.  Between 7000 and 8000 young flamingos hatch here each year. 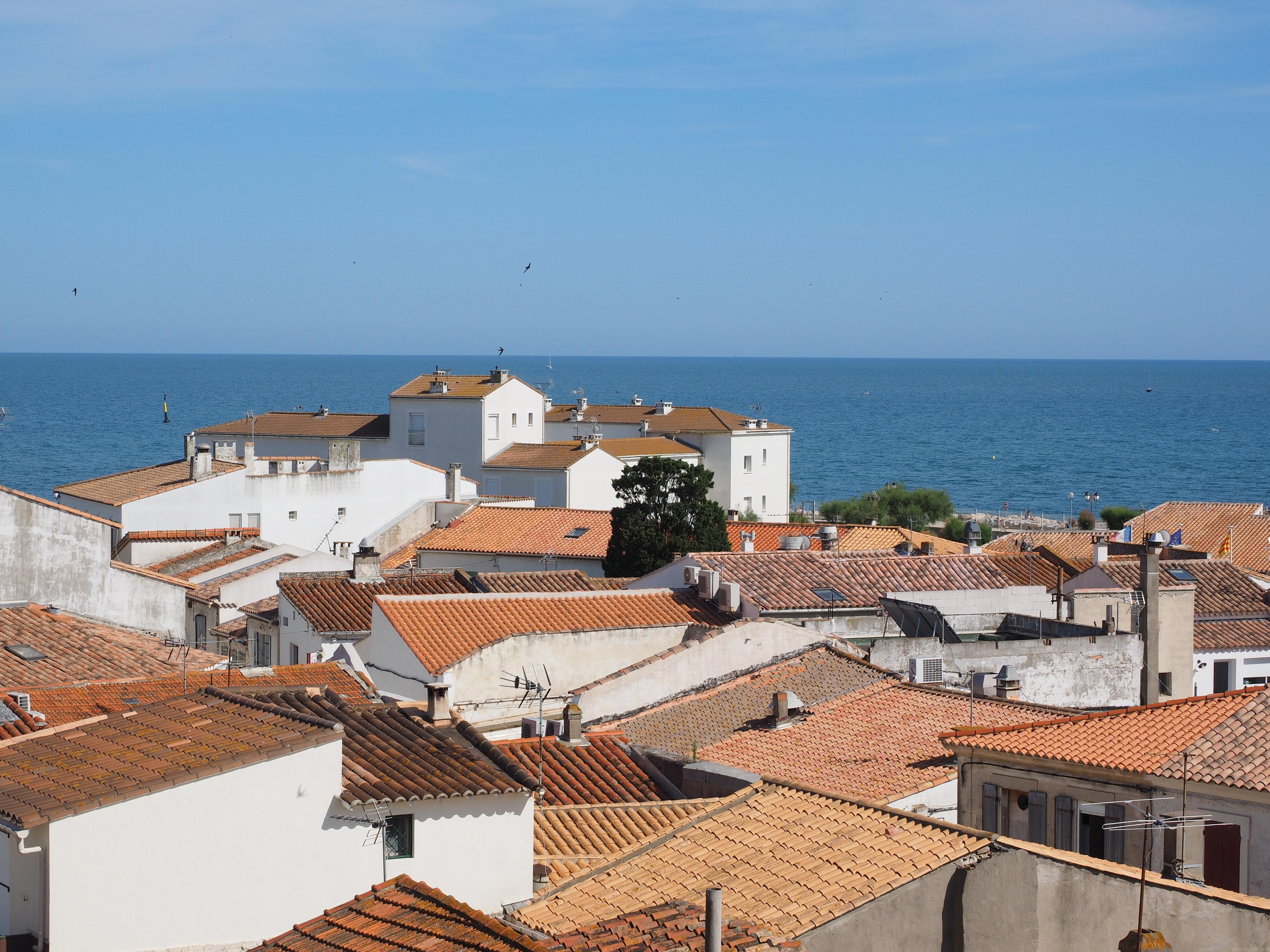 On one of my earliest trips here, we visited the dawn market right down by the beach.  I remember the excitement of the bustle at an unexpected hour, the other-worldliness of the setting with the pink light over the bay, and the wonderful scent of the market, all olives, lavender and soap.

Many decades later, Saintes-Maries is hardly unknown, but still just as beautiful.  Hemingway and Picasso took inspiration here.  There’s a harbour, and plenty of walking and cycling tracks along the sea front.  You can head up to the Gacholle lighthouse (12km) or along the Meianes trail (15km) or walk along the seafront between Thalacap and the Marquis de Baroncelli’s gravestone (3.6km).  Head out along Cacharel road for wildlife spotting from the viewing points. 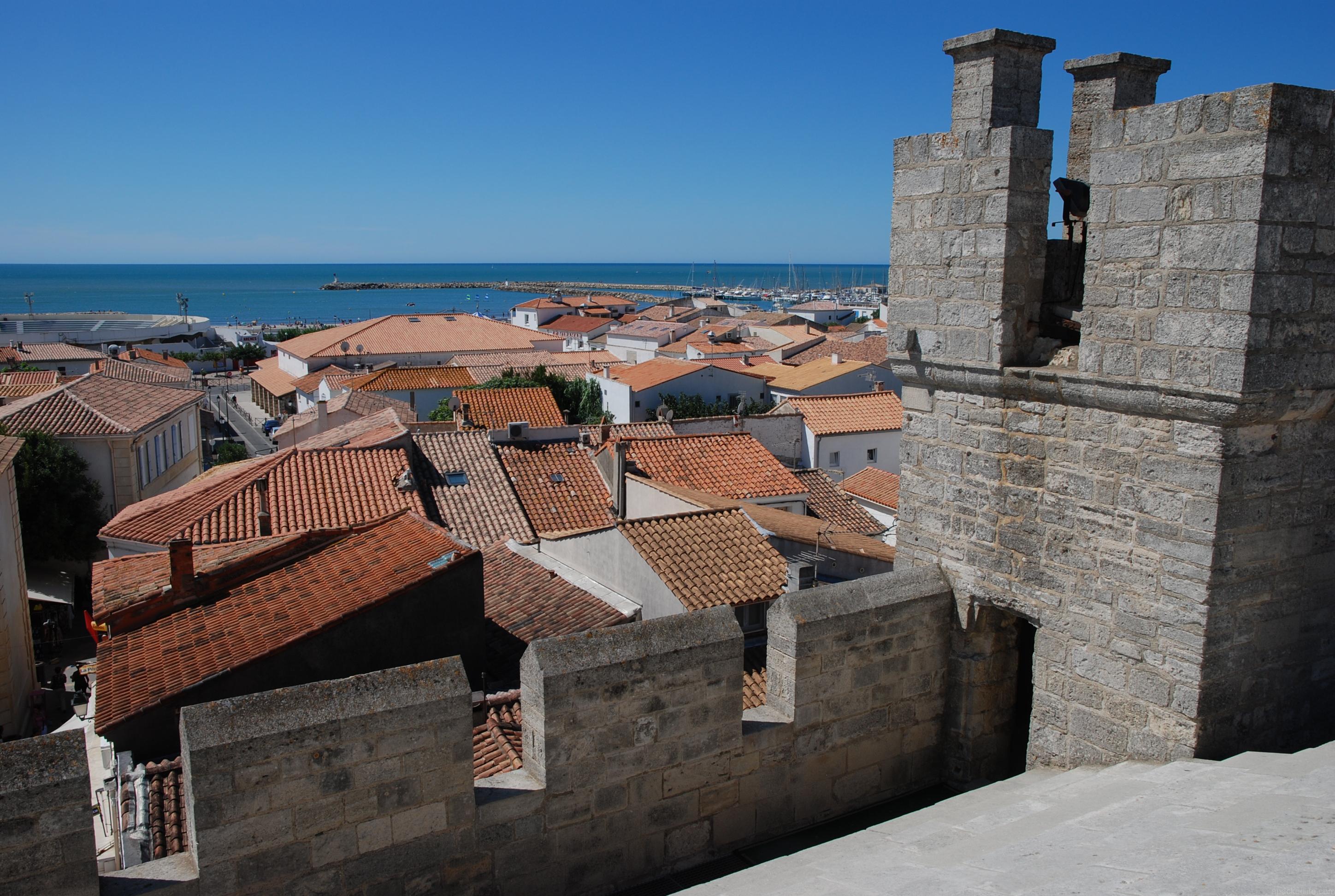 The history of the place is fascinating too.  According to Provencal legend, the patron saint of Romany gypsies, Sara, fled the Holy Land in a tiny boat with Mary Magdalene, Mary of Clopas and Mary Salome (hence Saintes Maries).  They ended up reaching the land here, at the mouth of the Rhone.  The fortified medieval church in the town is the site of gypsy pilgrimages here at the end of May, with as many as 40,000 visitors.  The church itself is unusual in that it hosts a well, enabling it to be a refuge when the town was raided. 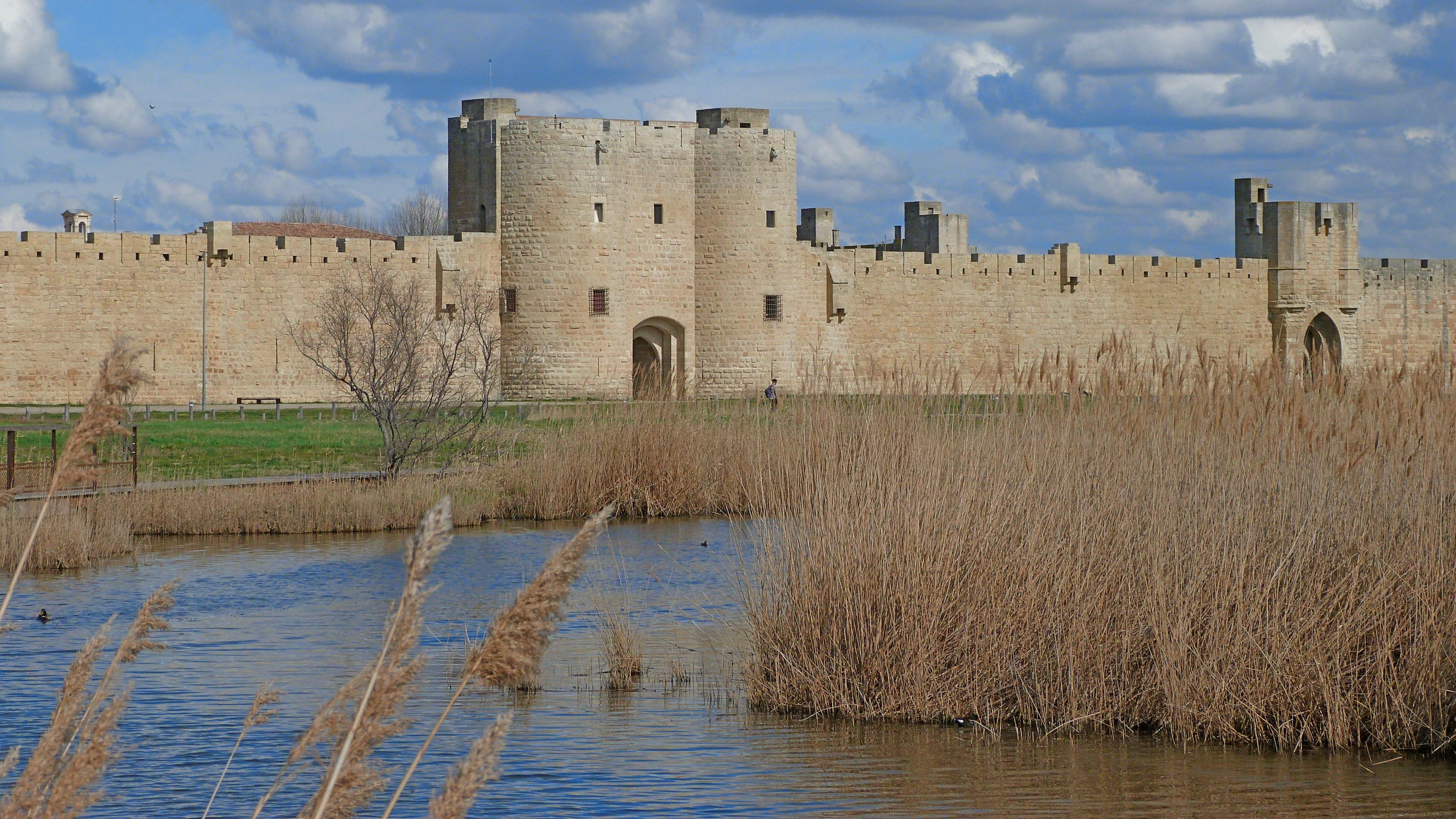 Aigues-Mortes benefited from the work of Charlemagne, who ordered a tower built in the swamps to provide safety for fishermen and salt workers.  Louis IX saw the opportunity to strengthen his political hand by enhancing his access to the Mediterranean.   He made residents exempt from the salt tax, and built towers to protect the city, and departed from Aigues-Mortes twice for the crusades. 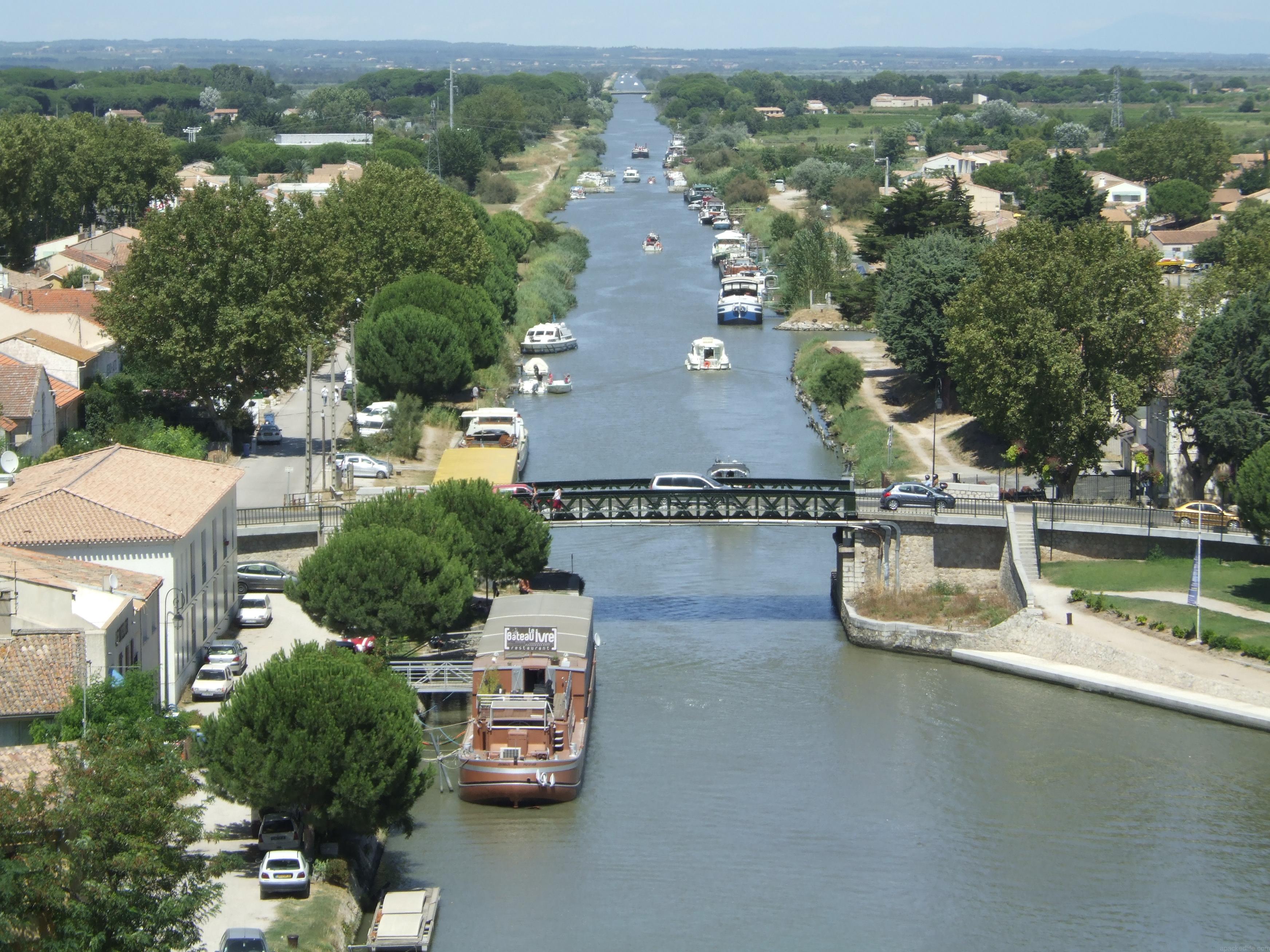 Salt continues to be one of the key resources of the city.  Visitors are drawn to its medieval heritage, and for the transit of the Canal du Rhone a Sete.  More canals intersect here, making this a fine place for enjoying the water. 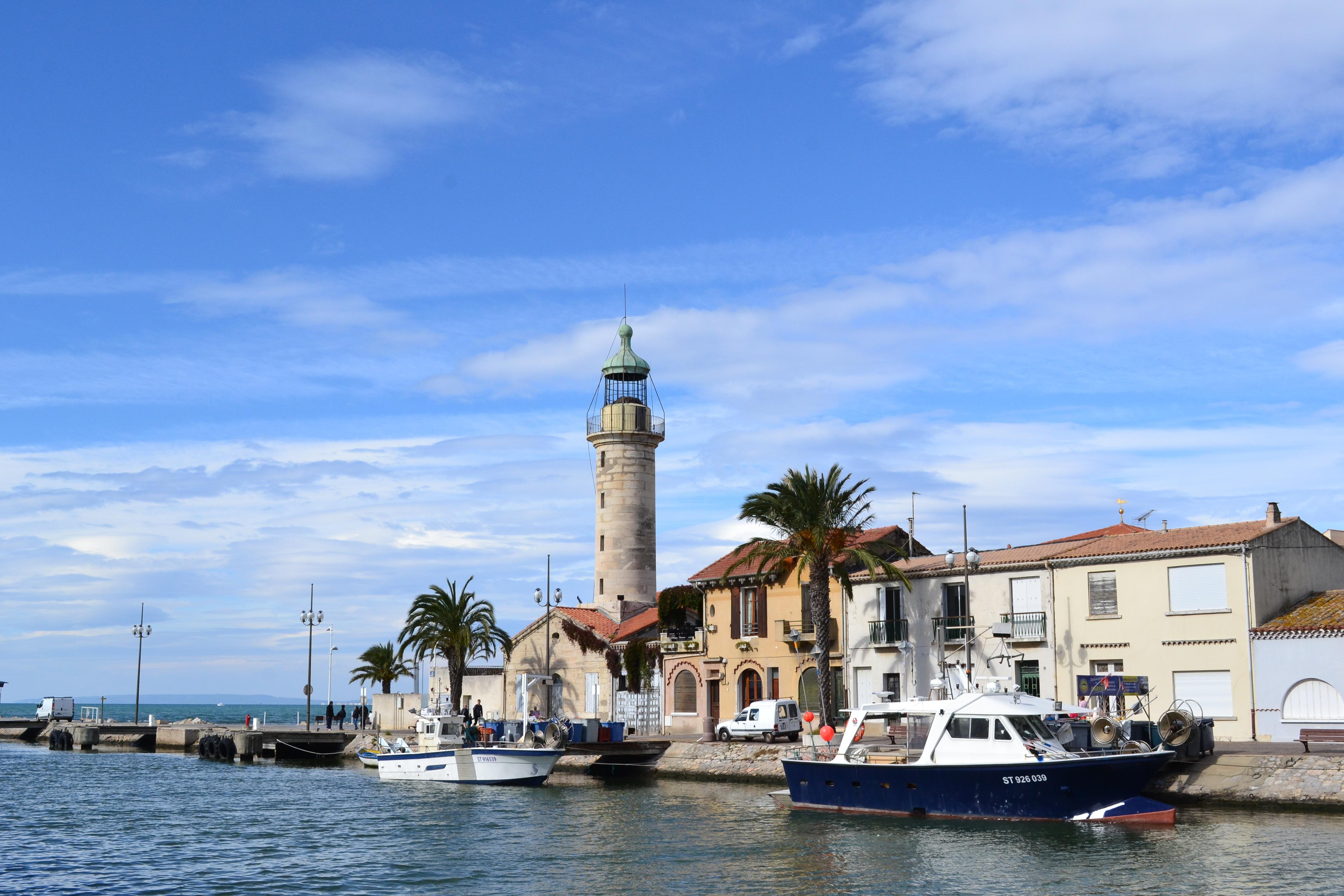 The word grau essentially means bayou, with Le Grau du Roi being a watercourse between the etang or salt marsh and the sea.  It was created in a storm surge of 1570, making a six kilometer passage to the sea. More structural work created the current canal.   Today it has become a resort town, known for 18 kilometers of fine sandy beaches backed by dunes.  I have fond memories of sandy-toed visits here.

“This is a fine place below Aigues Mortes on the Camargue and the Mediterranean with a long beach and a fine fishing port.” Ernest Hemingway, who set the first part of The Garden Of Eden here.

Get Active In The Camargue 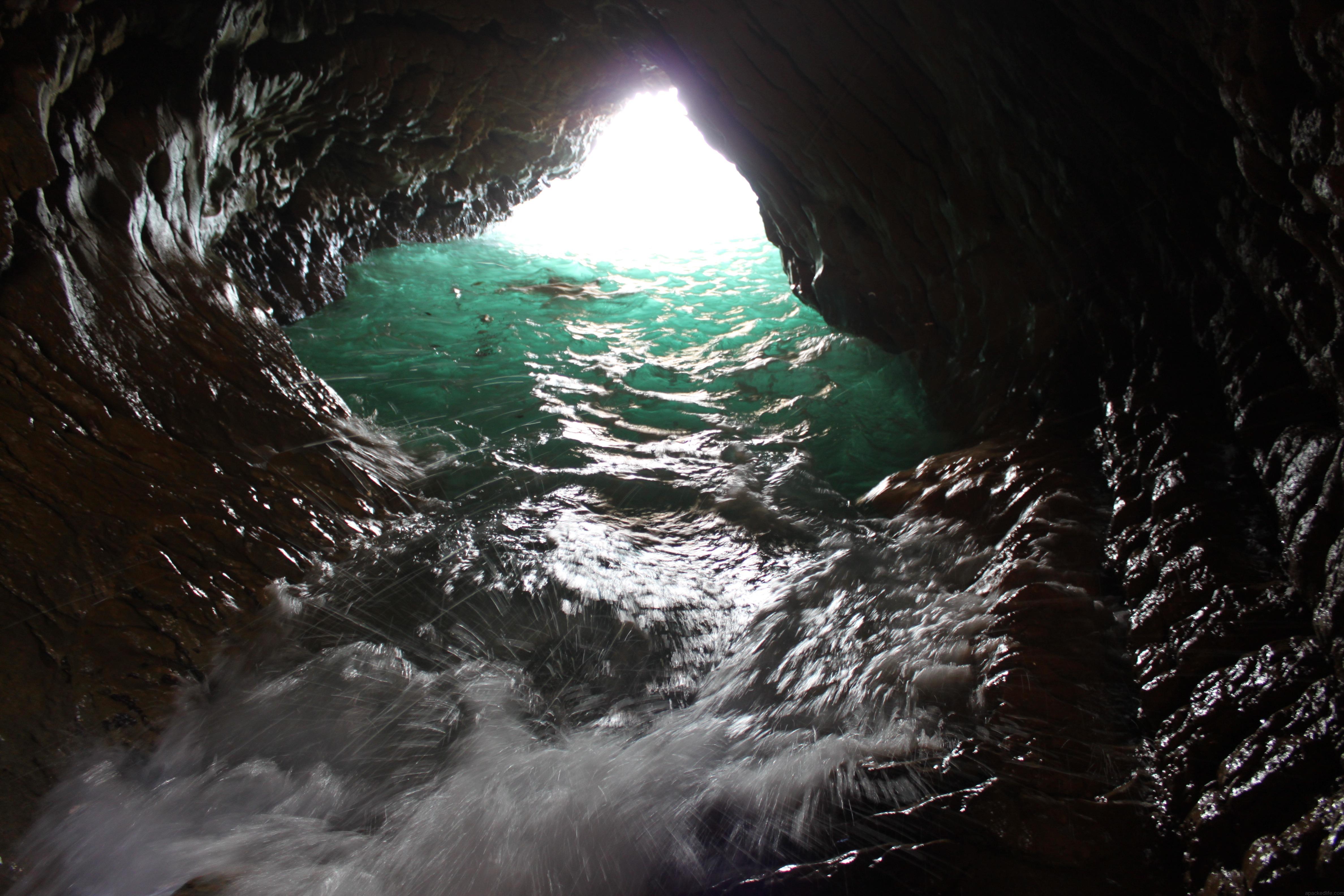 You’ll have gathered by now that there are many, many things to enjoy in the Camargue, whatever your preferences for adventure.  You could

You’ll find more information on all these activities at Languedoc’s website.

Then you might also enjoy the broad sandy beaches of North Devon.  We’ve got more beaches in England, Scotland and Wales for your surfing, swimming and wandering pleasure.

If you enjoyed this, why not pin it for later! 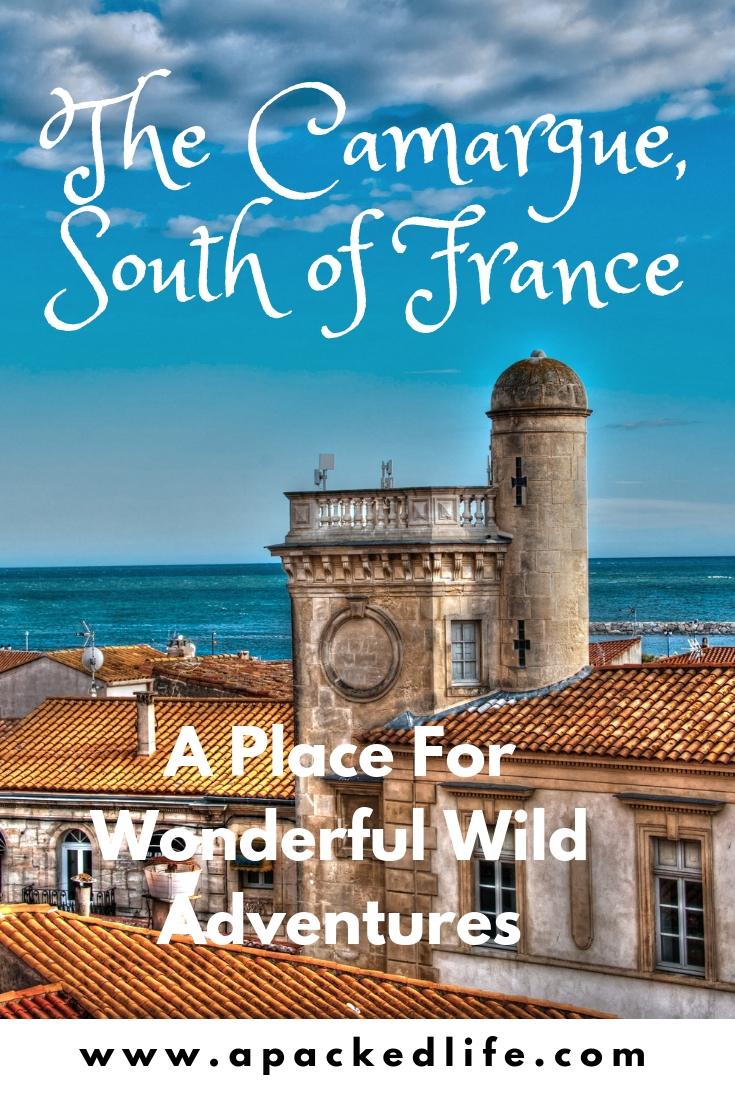 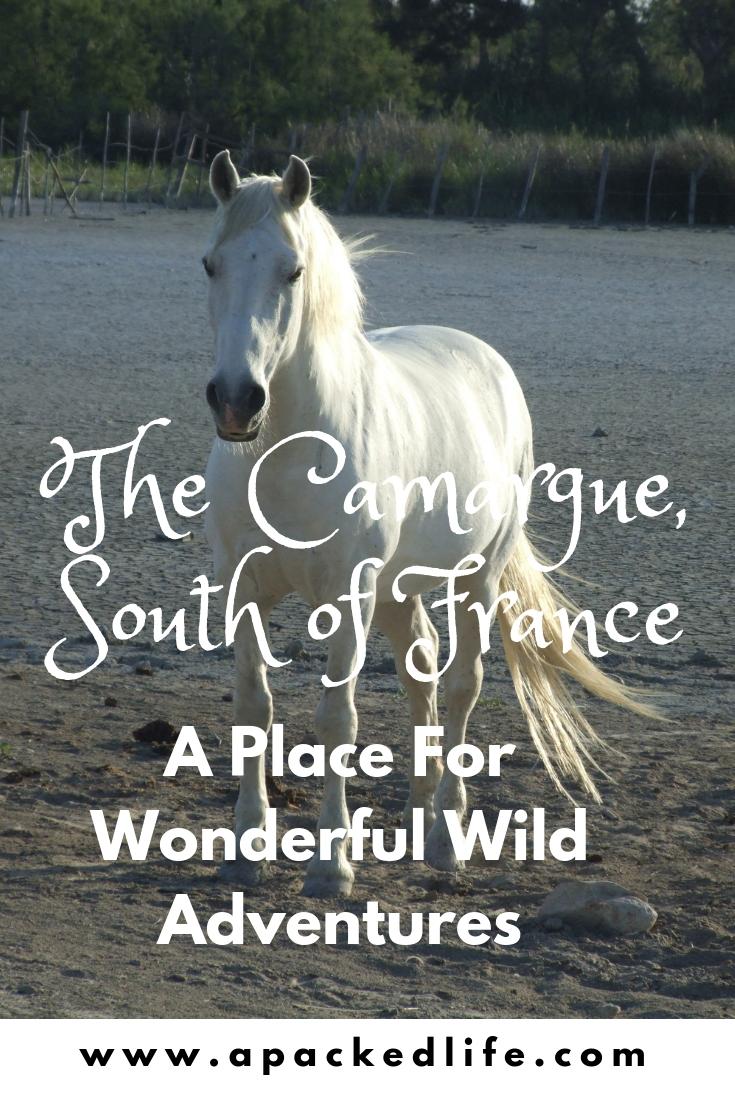 12 thoughts on “13 Wonderful Adventures In The Wild Camargue”