If you love literature, you’ll know that England is full of glorious settings that inspired authors and poets to discover the best of their creativity.  From classic novels to recent poetry, the very fabric of England has shaped words and ideas that reflect the essence of the country.  Here are some of England’s most beautiful locations, linked to the authors they inspired.  Come and explore England for book lovers, and I’ll show you my favourite literary landscapes in England.

“The road to Manderley lay ahead. There was no moon. The sky above our heads was inky black. But the sky on the horizon was not dark at all. It was shot with crimson, like a splash of blood. And the ashes blew towards us with the salt wind from the sea.” from Rebecca

From Frenchman’s Creek to Jamaica Inn on Bodmin Moor, Du Maurier’s novels have a quality of atmospheric drama that saw many turned into films.  Hitchcock’s The Birds, which still makes me shiver, is one of those, as is the short story Don’t Look Now, directed by Nicolas Roeg.  Menabilly, on the south coast of Cornwall near Fowey. is where she spent much of her time.  The house is in private hands, although two holiday cottages on site are available for rental.

Jamaica Inn, the title of one of Du Maurier’s novels about a band of murderous wreckers, still exists.  It can be seen on a drive across Bodmin Moor which is packed full of scenery.  Frenchman’s Creek is also worth a visit.  It is on the South West Coast Path and can be reached by a pleasant three mile walk from Helford.  You can grab afternoon tea at the cafe first, and see the art gallery at Kestle Barton en route. 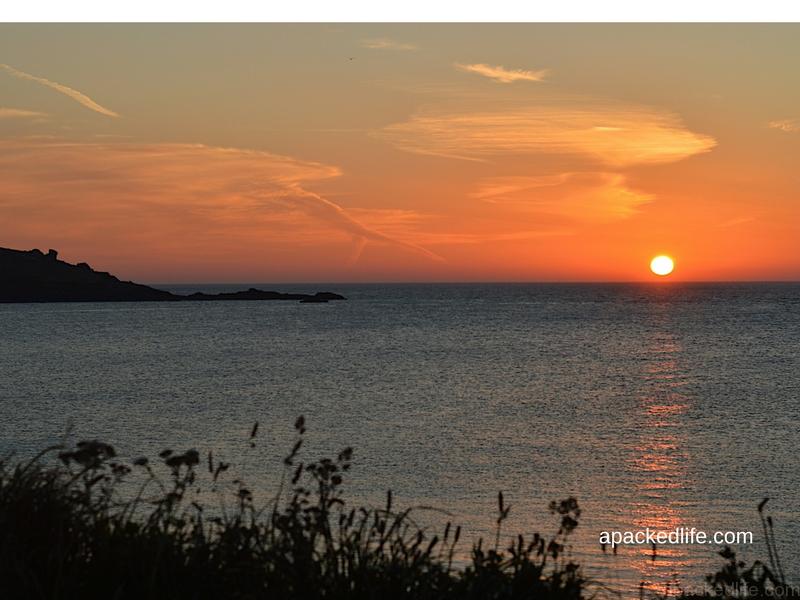 “Twilight over meadow and water, the eve-star shining above the hill, and Old Nog the heron crying kra-a-ark! as his slow wings carried him down to the estuary. A whiteness drifting above the sere reeds of the riverside, for the owl had flown from under the middle arch of the stone bridge that once had carried the canal across the river.” from Tarka the Otter

Where the rivers Taw and Torridge meet the sea in North Devon to the west of Barnstaple, tales of a small otter caught the public’s imagination.  Henry Williamson, author of Tarka The Otter, lived in the small village of Georgeham.  It’s a lovely place to stay, nestled down country lanes and close to the coast.

Many of the places mentioned in the book are so very worth investigating, from the sand dunes of Braunton Burrows to Baggy Point, and the rivers Taw and Torridge which share an estuary beyond Barnstaple.  You can follow the Tarka Trail – a cycleway and footpath – and if you do, I’d recommend a stop off at Fremington Quay, where there’s a fine cafe and views over the water. 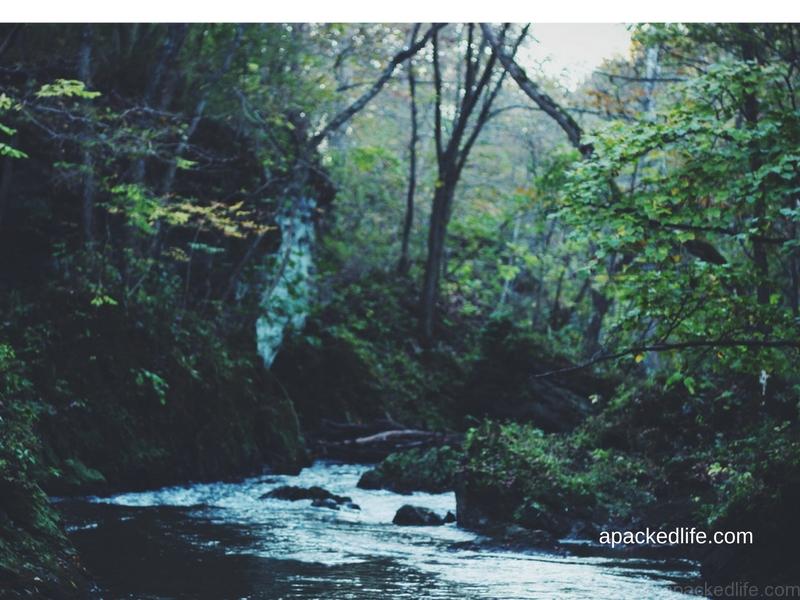 “Till, with a sudden sharp hot stink of fox
It enters the dark hole of the head.
The window is starless still; the clock ticks,
The page is printed.”  from The Thought Fox

Ted Hughes, the poet, spent time cultivating a farm near Winkleigh in Devon called Moortown, which later became the title of one of his collections.  He was a keen conservationist, and one of the founder trustees of the Westcountry Rivers Trust.  His poetry is rooted in nature, sometimes red in tooth and claw, as in Crow.

Dartmoor is one of the UK’s National Parks, and very close to my heart, as I grew up on the edge of this wild, imposing and diverse space.  Dartmoor is crowned with granite hilltops known as tors, all in varying shapes and with beautifully descriptive names.  There’s Haytor, one of the tallest, Hound Tor, like a recumbent dog on the skyline, and Sheeps Tor, a scattered flock of stones among the gorse.  Yes Tor is said to come from the local dialect for east.  The rivers East and West Dart meet at the aptly named Dartmeet, a beautiful spot for wandering and scrambling.

A memorial walk for Ted Hughes was created in Devon, leading from the village of Belstone to his memorial stone above the River Taw.  There is a poetry trail at Stover Country Park. 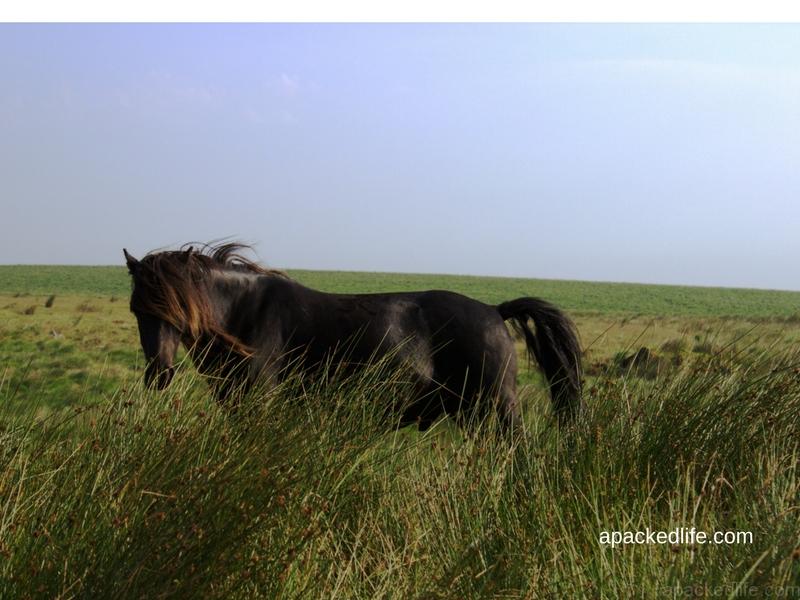 “He looked and smelt like Autumn’s very brother, his face being sunburnt to wheat-colour, his eyes blue as corn-flowers, his sleeves and leggings dyed with fruit-stains, his hands clammy with the sweet juice of apples, his hat sprinkled with pips, and everywhere about him the sweet atmosphere of cider which at its first return each season has such an indescribable fascination for those who have been born and bred among the orchards.” from The Woodlanders

Thomas Hardy’s prolific collection of novels, set in Dorset and the surrounding areas, have the power to transport you to the English countryside.  So many literary landscapes are captured in both Hardy’s novels and poetry.  I remember reading a passage about Tess (of the Durberilles) walking through a field, sticky stems attaching to her legs, buds bruising as she passed, and the smell of the dew on the grasses, and it was everything I recalled of childhood adventures.  Many of Hardy’s creations have real equivalents: Budmouth being Weymouth, for example and Casterbridge, Dorchester.

Dorset is full of beautiful towns and villages awaiting your attention.  I spent an idyllic summer housesitting in Shaftesbury, the only hilltop settlement in Dorset.  The steepest part is cobbled Gold Hill, so atmospheric that director Ridley Scott filmed an advert for bread there.  The nearby cathedral city of Salisbury, just over the border in Wiltshire, is packed with history in its own right and is also the gateway to the World Heritage Sites of Stonehenge and Avebury. 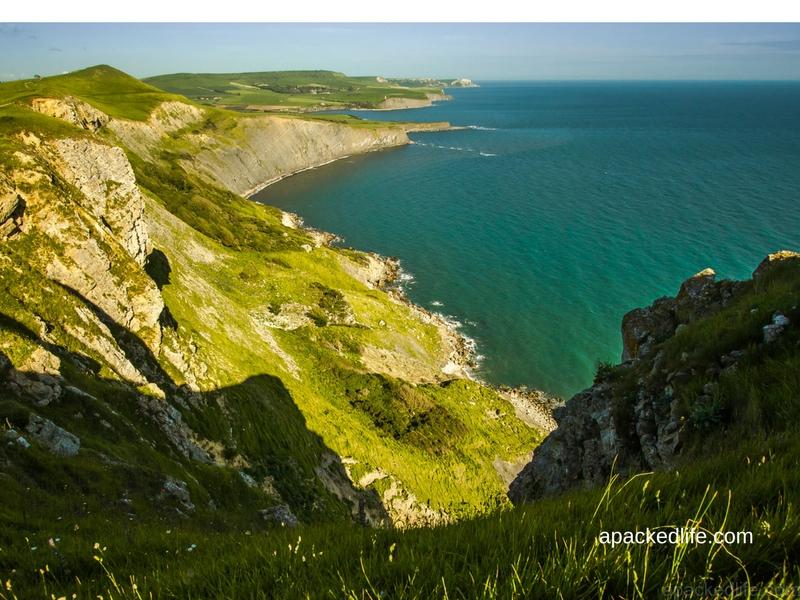 ““Where Alph, the sacred river, ran
Through caverns measureless to man
Down to a sunless sea.”

Somerset’s a county of rolling hills, including the Mendips and the Quantocks, and also the flat expanses of the Somerset levels, wetlands crisscrossed by rivers and ditches.  The left side of the county borders the Bristol Channel, and it is here that an unfortunate resident of Porlock caused the loss of a piece of literary genius.

It is reported that Coleridge, having partaken of opium, experienced a dream in which the poem Kubla Khan arrived “in a kind of reverie”.  However, his fevered efforts to transcribe that dream were interrupted by the arrival of a “person from Porlock”.  Porlock itself is a small and pretty coastal village and well worth a visit.  You’ll find Coleridge Cottage in Nether Stowey on the edge of the Quantock Hills.

There’s some really ancient history to be seen in Somerset, as some of its sites are Paleolithic.  There are Civil War battle sites like the Battle of Sedgemoor at Westonzoyland, the last pitched battle to be fought in England.  You can also visit Glastonbury Tor.  You’ll find more about this beautiful county here.  And maybe enjoy a little of its legendary cider when you visit. 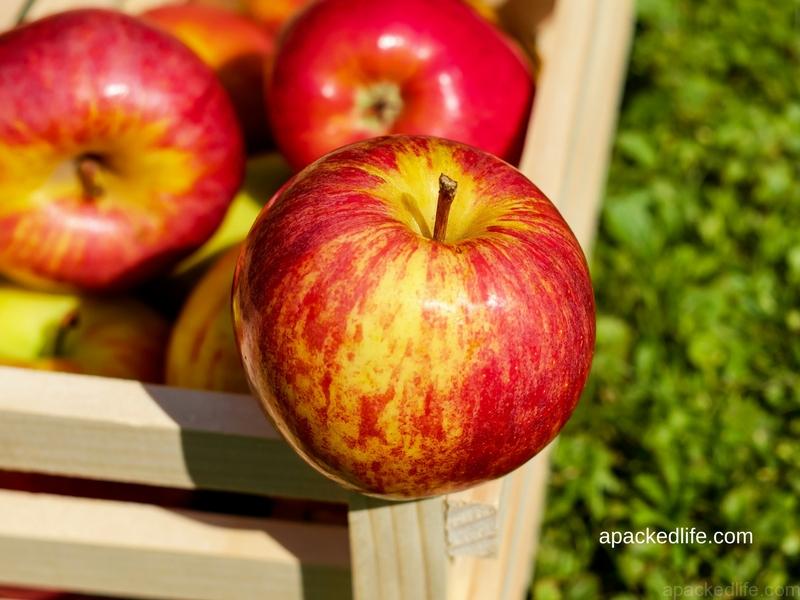 “Heaven did not seem to be my home; and I broke my heart with weeping to come back to earth; and the angels were so angry that they flung me out into the middle of the heath on the top of Wuthering Heights; where I woke sobbing for joy.”  from Wuthering Heights, Emily Bronte

Moorland seems to have been inspirational for so many literary landscapes, and this is certainly reflected in the work of the Bronte family.  Housed in the parsonage at Haworth in the West Riding of Yorkshire, the surrounding landscapes and their insular world combined to create works that reflect the challenges of that environment.

The Parsonage itself is now a museum dedicated to the Brontes and their writing.  The village of Haworth itself, on the edge of the Pennine moors, has plenty to see and do including steam railways, the nearby Yorkshire Sculpture Park and walks on the Pennine Way.  This last is a national trail, and having walked some of it myself, I can tell you just how beautiful it is. 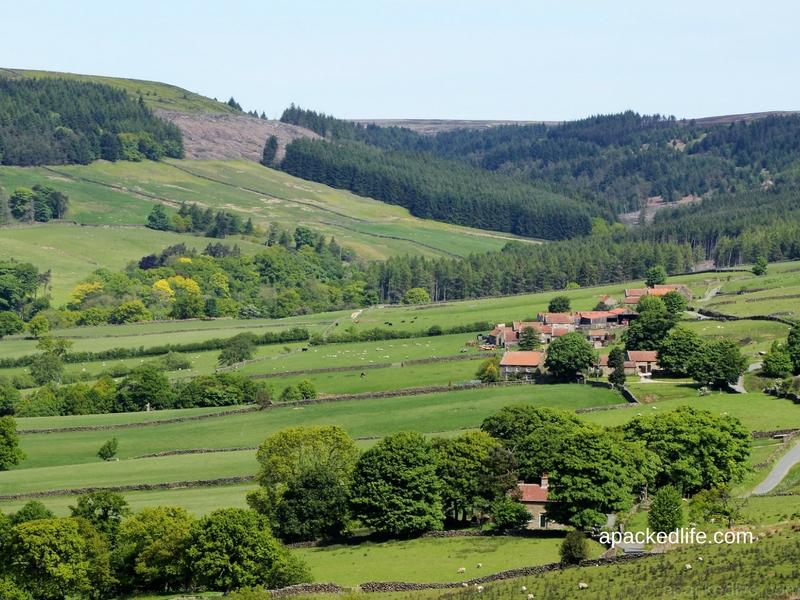 Hampshire and Watership Down

“At that instant a dazzling claw of lightning streaked down the length of the sky. The hedge and the distant trees seemed to leap forward in the brilliance of the flash. Immediately upon it came the thunder: a high, tearing noise, as though some huge thing were being ripped to pieces close above, which deepened and turned to enormous blows of dissolution. Then the rain fell like a waterfall.” from Watership Down

Hampshire’s a gentle, rolling county.  And here you’ll find the real Watership Down, setting for the novel by Richard Adams.  The tale of rabbits forced to relocate began as stories for his young daughters, and transformed into a literary classic.  It was followed by Shardik, the story of the mole, and The Girl In A Swing, also vibrant with imagery of the Downs and the countryside.

Adams’ home was Whitchurch in Hampshire, a village which has a history of milling.  You can visit the local silk mill, and there are trails around other mills in the area.  Much of the town is a conservation area.  Nearby, you’ll find Winchester, at the edge of the South Downs National Park.  This National Park stretches from Winchester to Beachy Head on the coast.  The South Downs Way will take you through Bronze Age barrows and Iron Age hillforts.  It’s a spectacular journey.

There are many references to the Downs in Adams’ work.  And he wasn’t the only one besotted by its beauty.  Virginia Woolf had plenty to say on the area too:

“The Downs… too much for one pair of eyes, enough to float a whole population in happiness, if only they would look” 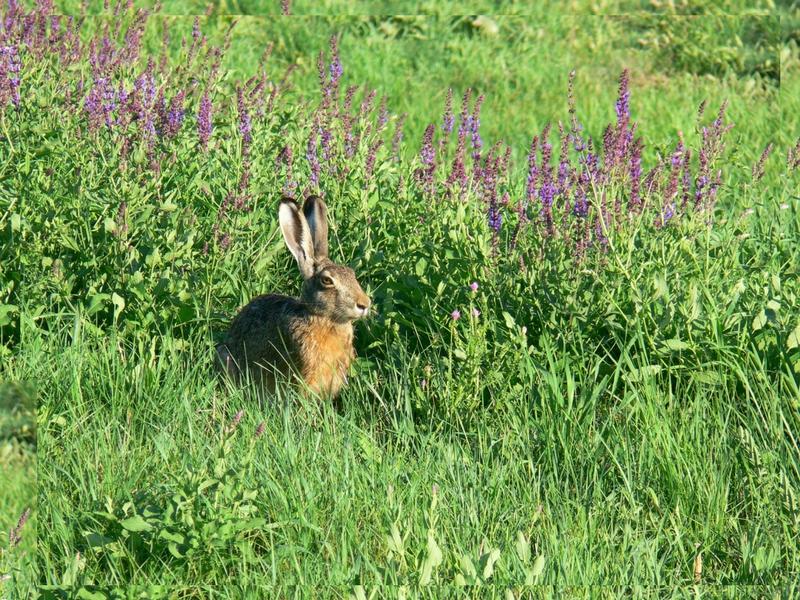 If you’ve enjoyed this roam through England’s pleasant lands, come with us to explore a little further.  We’ve got some of her hidden treasures for you here, her beautiful coasts, a Regency jewel, and the best of the Bard.

If you enjoyed these Literary Landscapes, pin it for later! 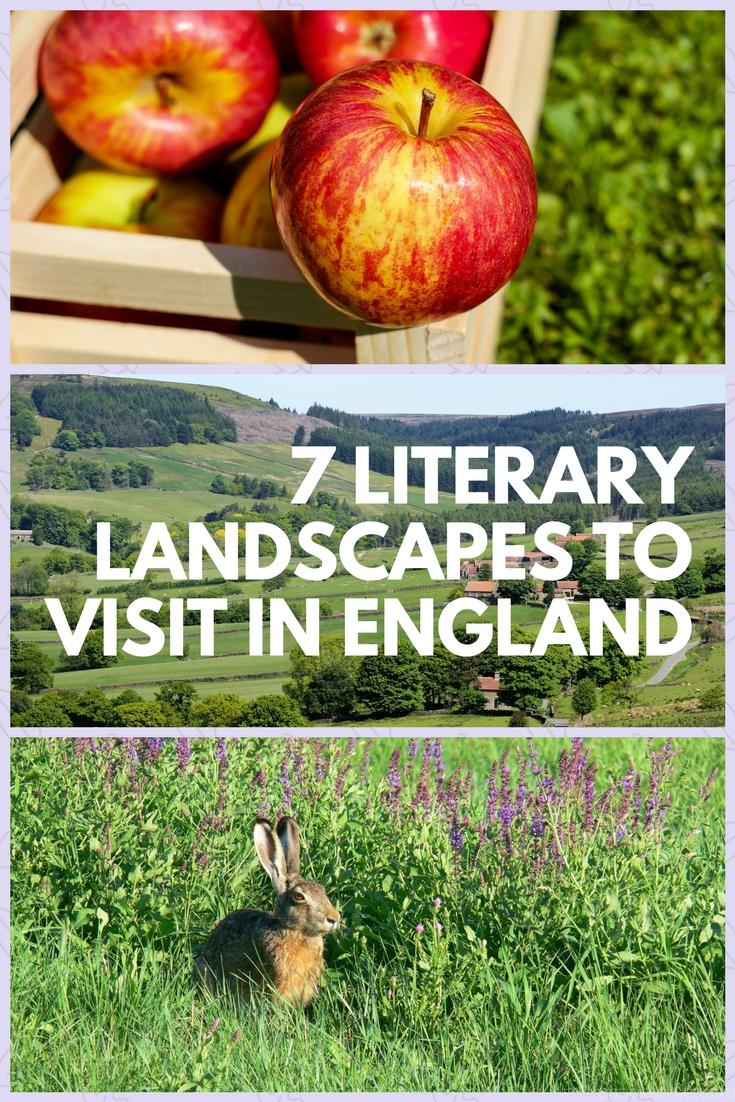 2 thoughts on “7 Literary Landscapes To Visit In England”