It was a Mississippi heatwave of one hit wonder proportions, and we’d driven south from Tennessee to explore the Delta Blues.  As part of planning this trip, we’d stumbled upon the Shack Up Inn at the Hopson Plantation.  It’s not far from the legendary crossroads, where the devil is said to walk, guitar in hand, at night.  In the day, we’d managed a laboured turn to go back and stand at the crossroads itself, where Highways 61 and 49 meet to tell the story of the blues.  The next morning, we arrived at the Shack Up Inn on the Hopson Plantation as part of the Deep Blues Fest.  Come with us to find some great things to do in and around the Shack Up Inn at Clarksdale, MS. 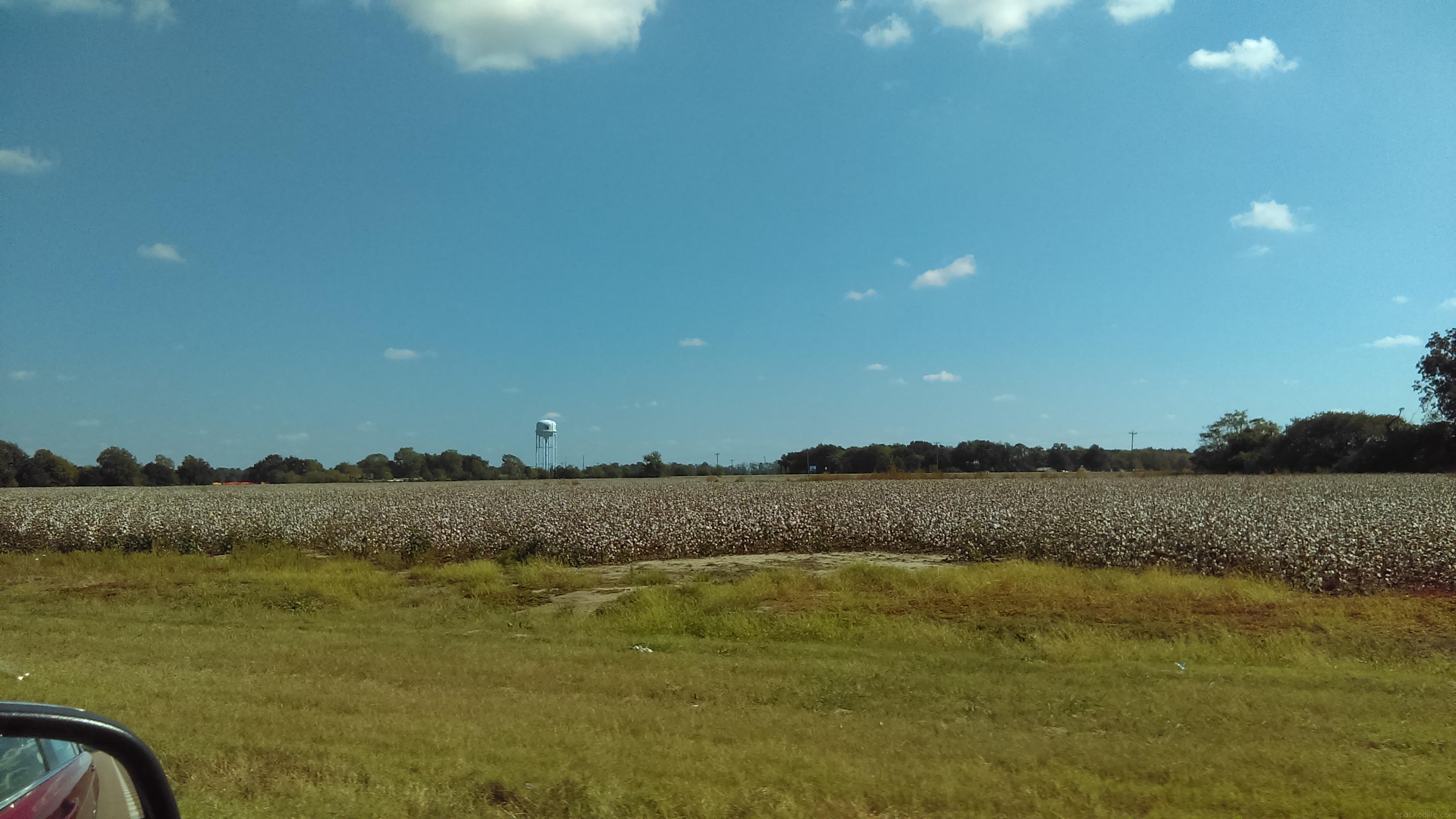 Driving down Highway 61, past field after field of cotton

Arriving at the Shack up inn

The satnav on our hire car – nicknamed Miss Scarlett – took us through cotton fields under cotton ball skies, the whole roadscape a symphony of blues and whites amidst parched grass.  Down narrow byways we worked our way to the Shack Up Inn.  When you read about the Hopson Plantation, it gives you no idea of the scale or size of the place.  When you first arrive, you really have little idea of what’s there.  Everywhere you turn is something new, different and fascinating.  We parked up, and followed the sound of distant chatter. 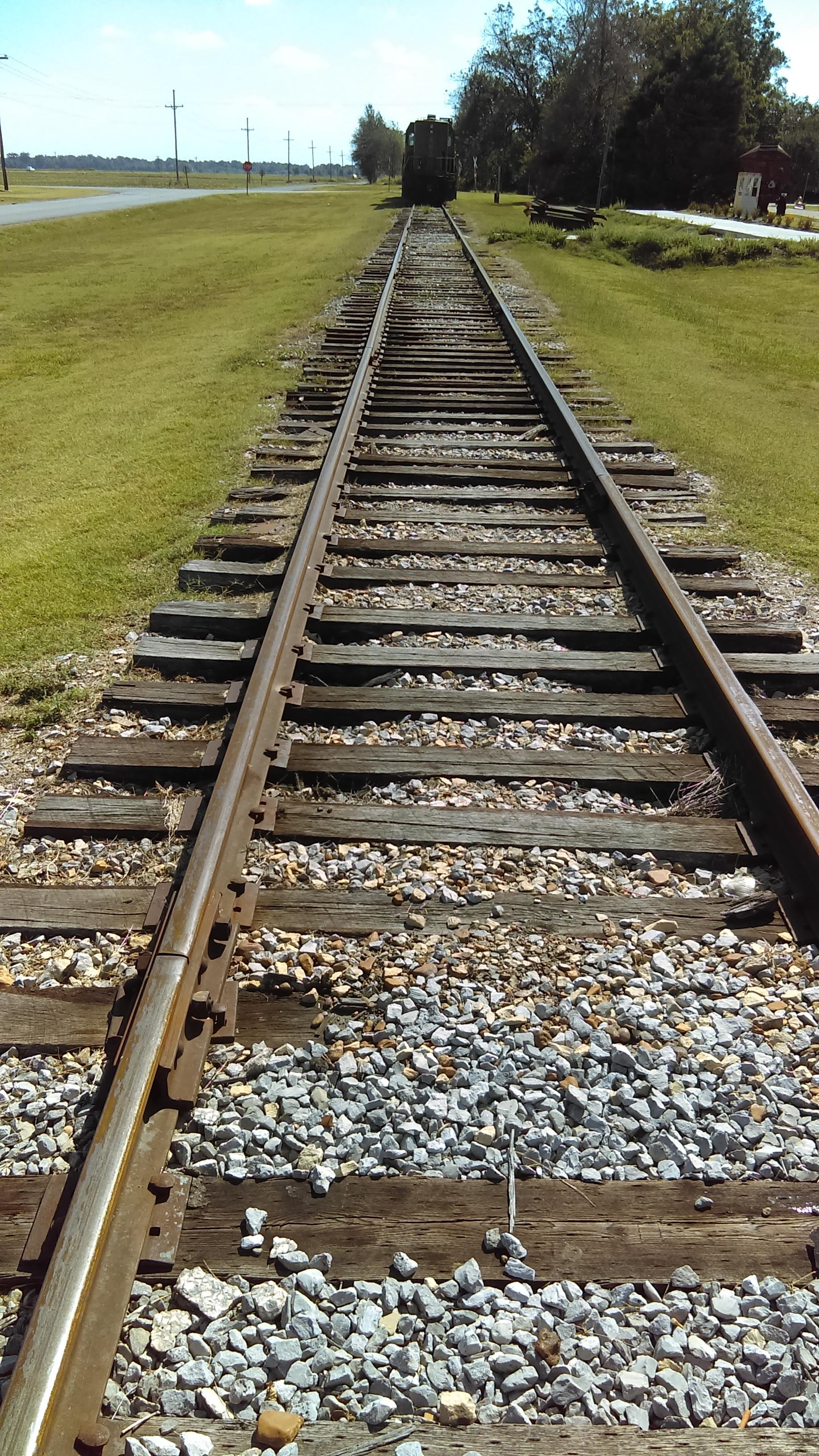 This is the old railroad at the Hopson Plantation, complete with engine and boxcars.  You can see just how much there is to explore here.

Events at the shack up inn

The Deep Blues Fest out of Clarksdale MS had a wide ranging programme.  We’d booked in for a gospel brunch, which was hosted in a vast shed of a building, with a high stage surrounded by a lot of church pews.  We were part of a big crowd, mostly local, and once word spread that there were Brits in the house, we became a support act in our own right.

The Divine Angels, our brunch singers, were a group of four women with powerful voices.  They put together a long set, while we lingered over brunch, and chatted to some of their friends and family around us. 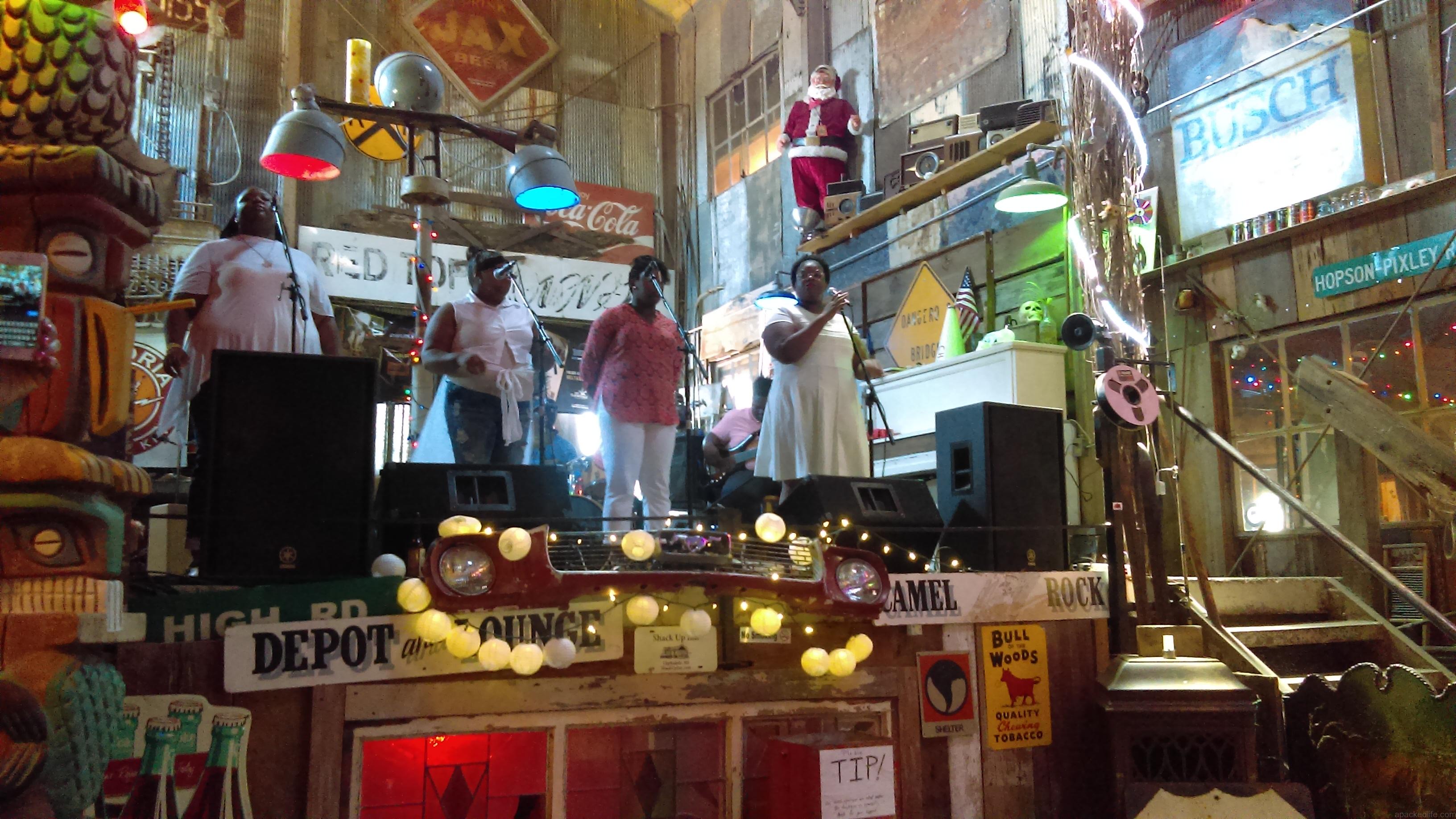 Afterwards, we wandered over to the open space in the middle of the sharecropper cabins.  Here we found a few people idly jamming, awaiting the cigar-box blues scheduled for later that day.  You will have heard the phrase, “so laid back, it’s horizontal”.  That was the vibe.

We took a wander around the plantation in the burning Mississippi sun.  From disused railroad tracks to old railcars, there is plenty of exploration to be had.  We headed to the Commissary, which is also full of historical items referencing the work of the plantation.  The accommodation at the Shack Up Inn is made up of individual sharecropper shotgun shacks, complete with porches, or bins in the renovated Cotton Gin.  Everywhere you look is something intriguing, from bottle trees to old rusting signs; it’s a photographer’s paradise. 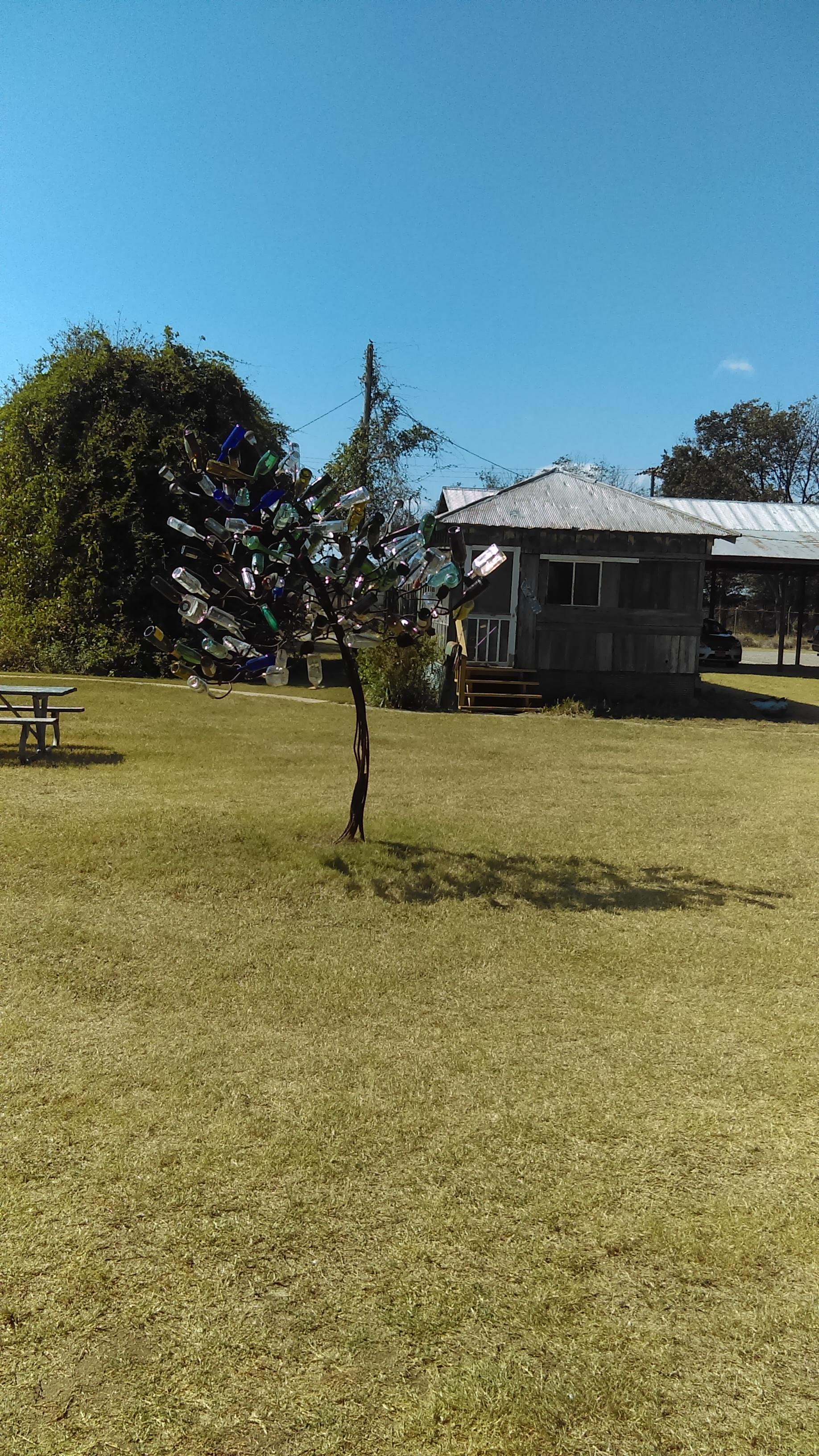 More exploration at the Shack Up Inn

The Hopson Plantation was one of the first locations to make the changeover from hand labour to mechanisation.  Previously, cotton picking required a large amount of hand labour; the Plantation’s website cites the need for over a million families to raise 22 million acres of cotton.  The change to mechanisation began in 1935, with International Harvester introducing the first cotton picker to the Hopson farm in 1944.  This was the first place in the world to make an acre of commercial cotton production under purely mechanical methods.

Places to visit in Clarksdale, Mississippi

The Devil’s Crossroads and the legend of Robert Johnson

Located at the intersection of Highway 61 (the Blues Highway) and Highway 49 in Clarksdale MS, the crossroads is marked by three blue electric guitars on a pole.  Here, legend says, blues musician Robert Johnson sold his soul to the devil for the ability to play guitar.  You can channel a whole host of music and film references here:

There are a few places to park up nearby to take a picture, but beware of a lot of traffic!

Cross Road Blues was written and recorded by Robert Johnson in 1936.  It is said to refer to the place where he sold his soul to the Devil by playing secular music.  It was popularised as Crossroads in the 1960s by Eric Clapton and Cream.

Dockery Farm, Birthplace of the Blues

This wasn’t entirely the easiest place to find, and at one point we found we’d headed to another farm entirely in the middle of nowhere (human vs satnav error, I suspect).  However, it was well worth persevering.  The Mississippi Blues Trail has a marker here and at other places in nearby Bolivar and Sunflower counties.  You can download the Blues Trail app through iTunes or Google Play to find each marker on the trail. 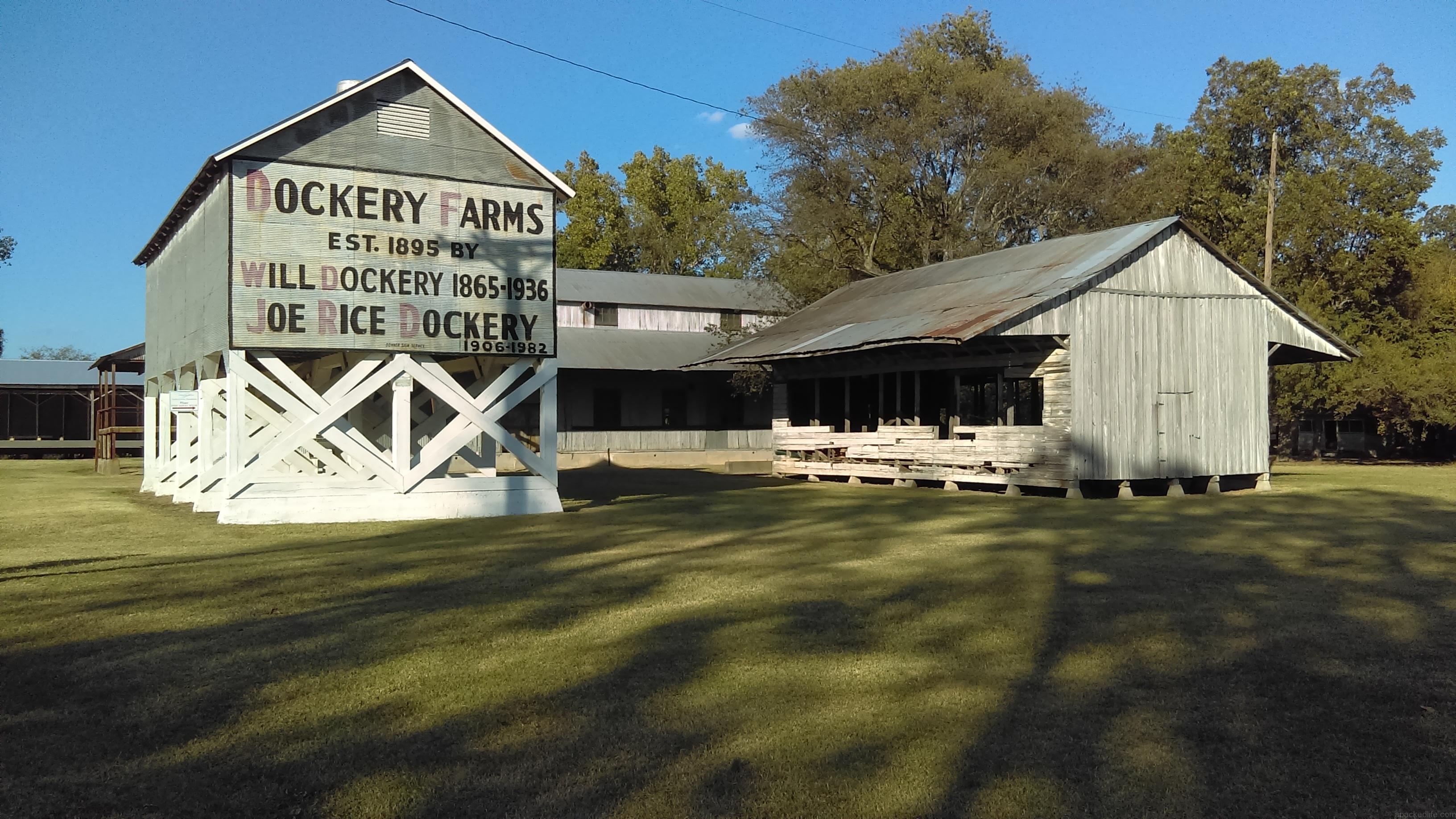 The Birthplace of the Blues – Dockery Farm, Mississippi

Down at the Sunflower River in Cleveland MS, this tranquil spot is cited as the Birthplace of the Blues.  You can wander peacefully through the old farm buildings, maybe stopping off at one of the little listening posts to let the sound of the blues mix with the background babbling of the river.  You can read more about Dockery at the Foundation’s website.  It was one of the places we stopped on this trip that I could happily have lingered for hours, soaking up the experience, and indeed the site is open from dawn until dusk.

“…You might say it all started right here.” – B.B.King

One man’s passionate labour of love, this museum’s charm is in its collections compiled with a zest for music.  Room upon packed room, this place is an ode to the love of music, and is the kind of museum where you can sit down and have a big chat with the staff team.  If you love blues, it’s a magnificent collection, and if you don’t it’s a great ode to the power of pursuing a dream.

Adjacent to the Delta Blues Museum, you’ll find Ground Zero Blues Club.  Co-owned by Morgan Freeman, this venue has some great live blues, and was packed on the night we visited.  There’s an on-site restaurant with great southern food.  The venue is ranked one of the top 100 bars and clubs in the USA and the #1 blues club. 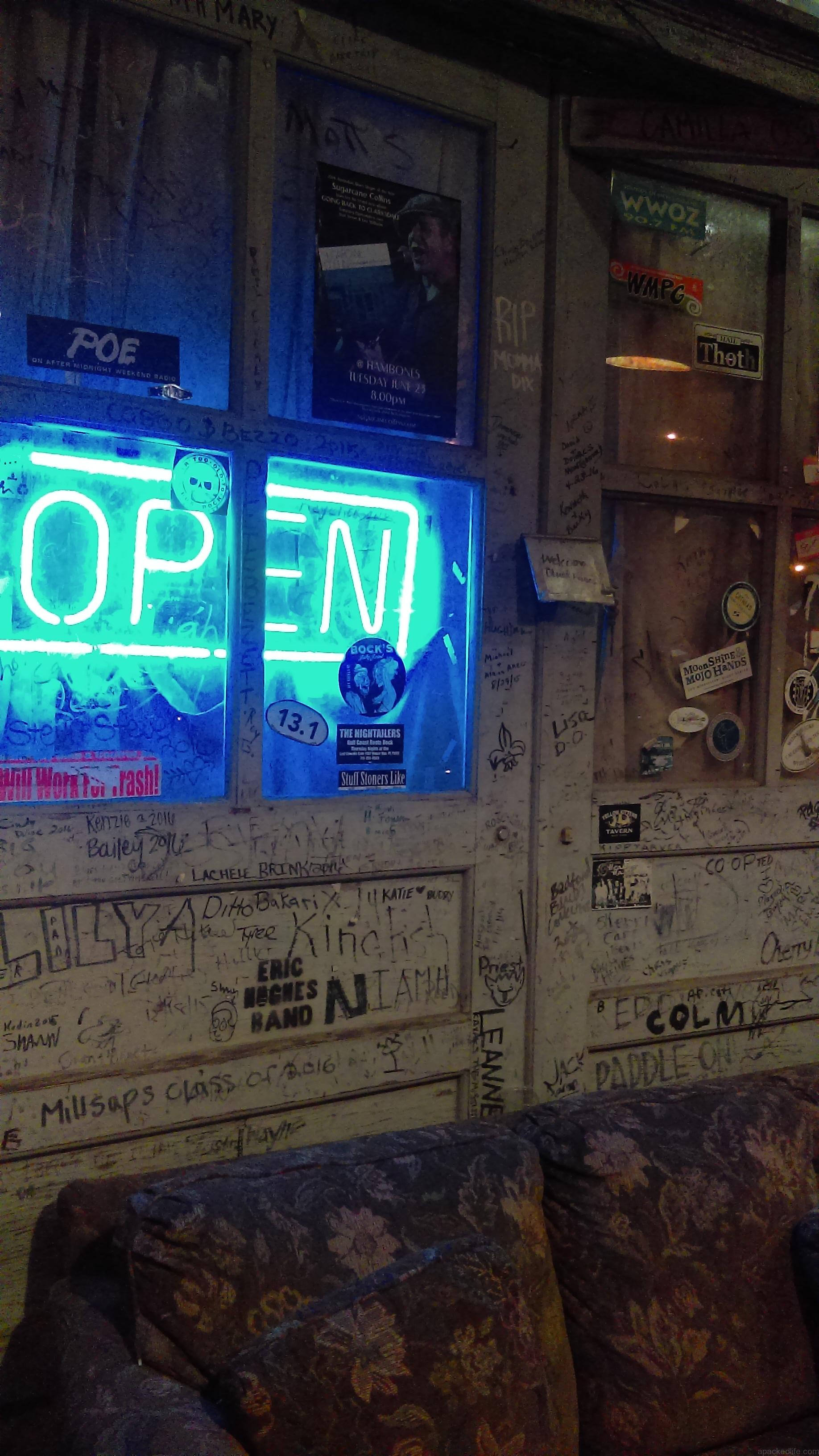 A small and very real juke joint, Red’s hosts lots of local acts.  It’s cash only (including cover), intimate,  informal and well worth your time.  Soak up the vibe and plenty of good music here.  It’s one of those nights where you feel you’re not watching the band, you’re in the band.

Your nearest major airport is Memphis.

We took Highway 61, Gateway to the Blues, from Memphis.  It’s a short drive south to Clarksdale, through the casino area of Tunica to the Blues crossroads with Highway 49.  Don’t forget to stop off on your way through at the Gateway to the Blues visitor centre.  There’s a small – chargeable – museum here, and plenty of information to be had on your journey south. 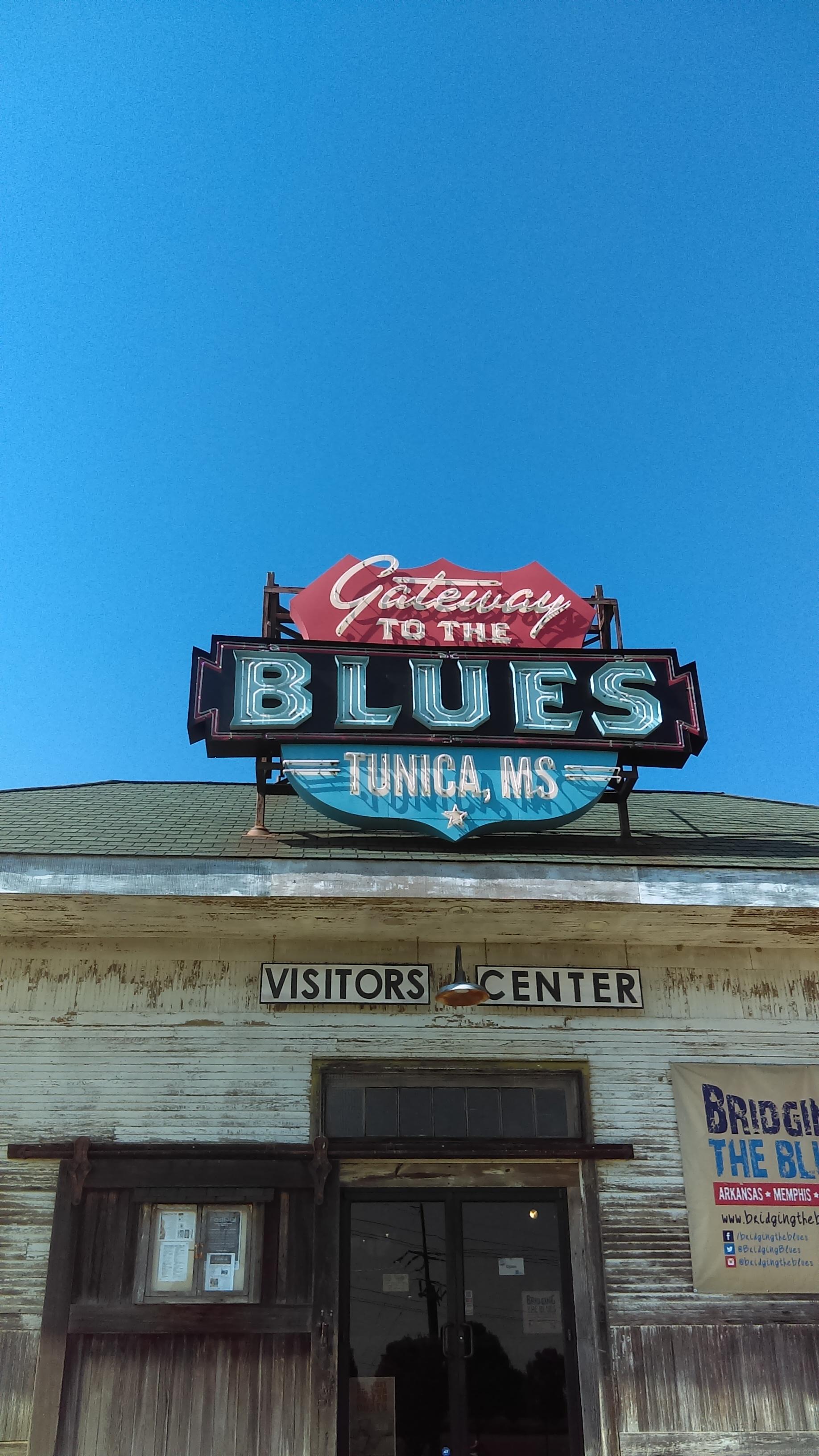 The Welcome Centre at Tunica is also worth a stop, if only to appreciate the genuine warmth of your welcome to Mississippi.  And to enjoy the spectacular amount of birdsong you can hear just outside the building.

Staying at the Shack Up inn

The Shack Up Inn has its own accommodation.  This is housed in the sharecropper cabins on the plantation and bins in the old Cotton Gin.  Reviews of the cabins mention the loan of a guitar from the front desk – which has to be way better than asking for an iron – and the presence of a piano in the Gunny shack.  Pine Top Perkins, the blues piano player, was there for the opening of the shack named in his honour.  The website proudly proclaims “the Ritz we ain’t” but all rooms have bathrooms, coffee facilities, refrigerators, microwaves and a whole lot of charm.

Accommodation at the Hopson Commissary

The Hopson Commissary has an Airbnb called The Loft.  It sleeps 6 with a bedroom, a loft bed, and a pull out couch.  There are plenty of porch rockers to enjoy the evenings, and you have all the facilities of the Hopson Plantation close at hand.

The Comfort Inn is a classic chain, cool, calm, clean and an easy base to explore the area.  It has in-room fridges and microwaves, so you can stock up at the nearby supermarket (Kroger’s is just up the road) if you want to stick to a budget.

More things to do in Tennessee and Mississippi

You can read more of our trip Highway 61 to the Delta Blues here.  We’ve also explored Memphis and Nashville.  To understand more of the social history of the blues, we also visited the National Civil Rights Museum in Memphis.

If you enjoyed reading, Pin this for later!  And don’t forget to subscribe for updates. 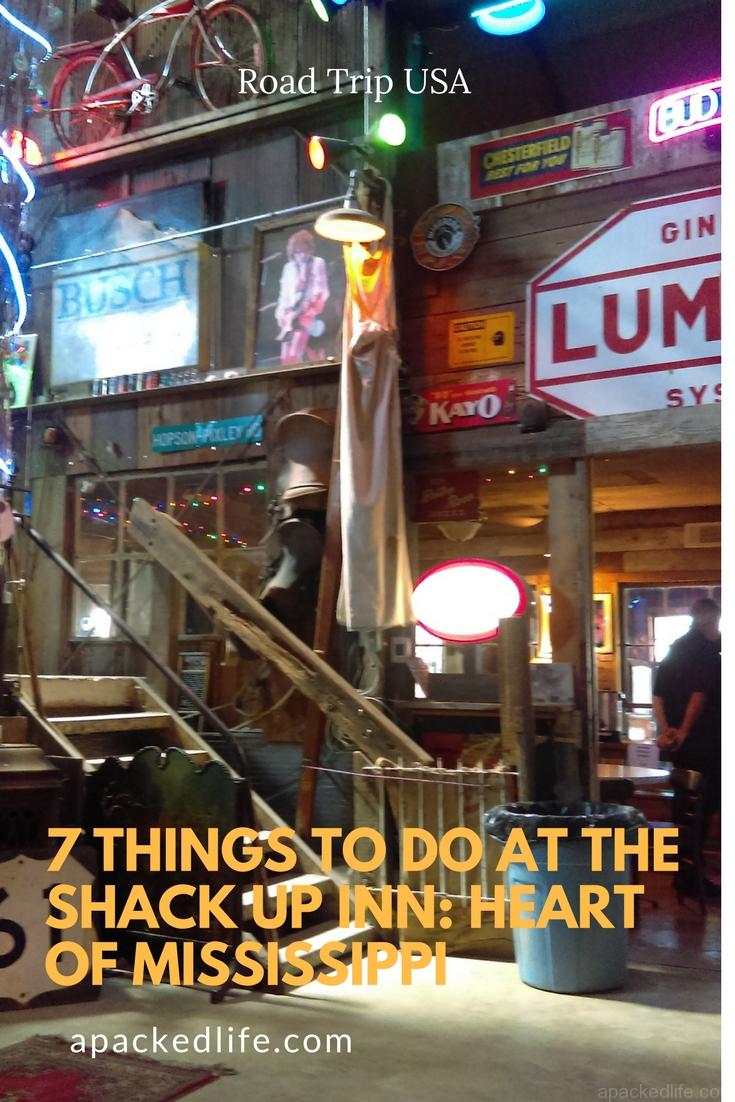 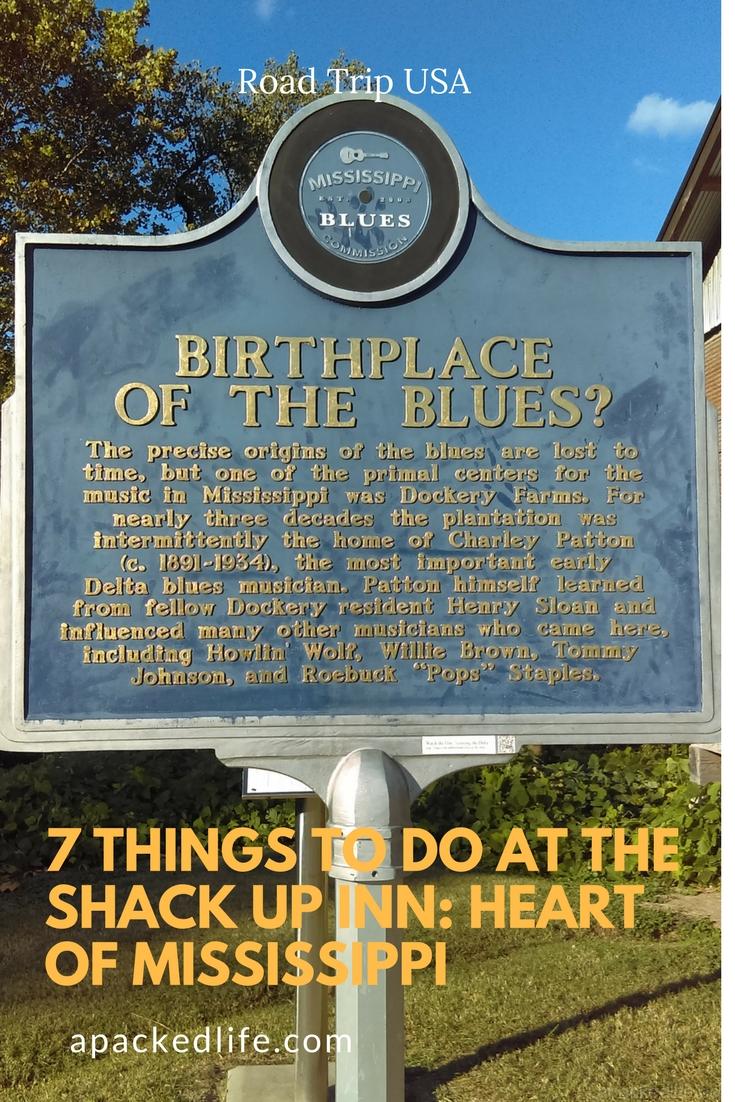 21 thoughts on “7 things to do at the Shack Up Inn: Heart of Mississippi”