Many, many years ago, I stumbled on a massive oak, sitting in a green circle in the middle of a narrow road in Birmingham.  A bit of investigation told me that this was the oak marking the edge of the Forest of Arden, where Shakespeare lived, worked and undoubtedly had a rather good time.  Although many of the trees have been replaced with farmland in Warwickshire, there’s still plenty to see within the bounds of the old Forest of Arden.  Come and explore; it’s a fabulous place.

One man managed to be an anatomist, astronomer, geometer and physicist, as well as one of the greatest architects in English history.  Sir Christopher Wren is responsible for rebuilding 52 churches after the Great Fire of London, plus one rather special cathedral: St Paul’s.  The Royal Naval College at Greenwich?  Wren.  Hampton Palace’s southern facade?   You guessed it.  The Wren Building at the College of William and Mary, Virginia?  Bit of a clue there.  For a man who combined all those jobs, it’s not surprising he needed a spot in the country.  Welcome to Wroxall Abbey, Wren’s country seat.

Getting to Wroxall Abbey

Wroxall Abbey is situated 9km north west of Warwick on the A4141 Birmingham Road.  To reach it, you’ll need the M40 from London, or if approaching from Birmingham, the A41 which will take you towards Warwick.  Wroxall is not far from the village of Hatton, and is clearly signposted from the A4141.  On the approach, you’ll see the walls of the estate, the entrance gates, and the gatehouse, all of which lead you to a long imposing drive lined with oaks and limes. 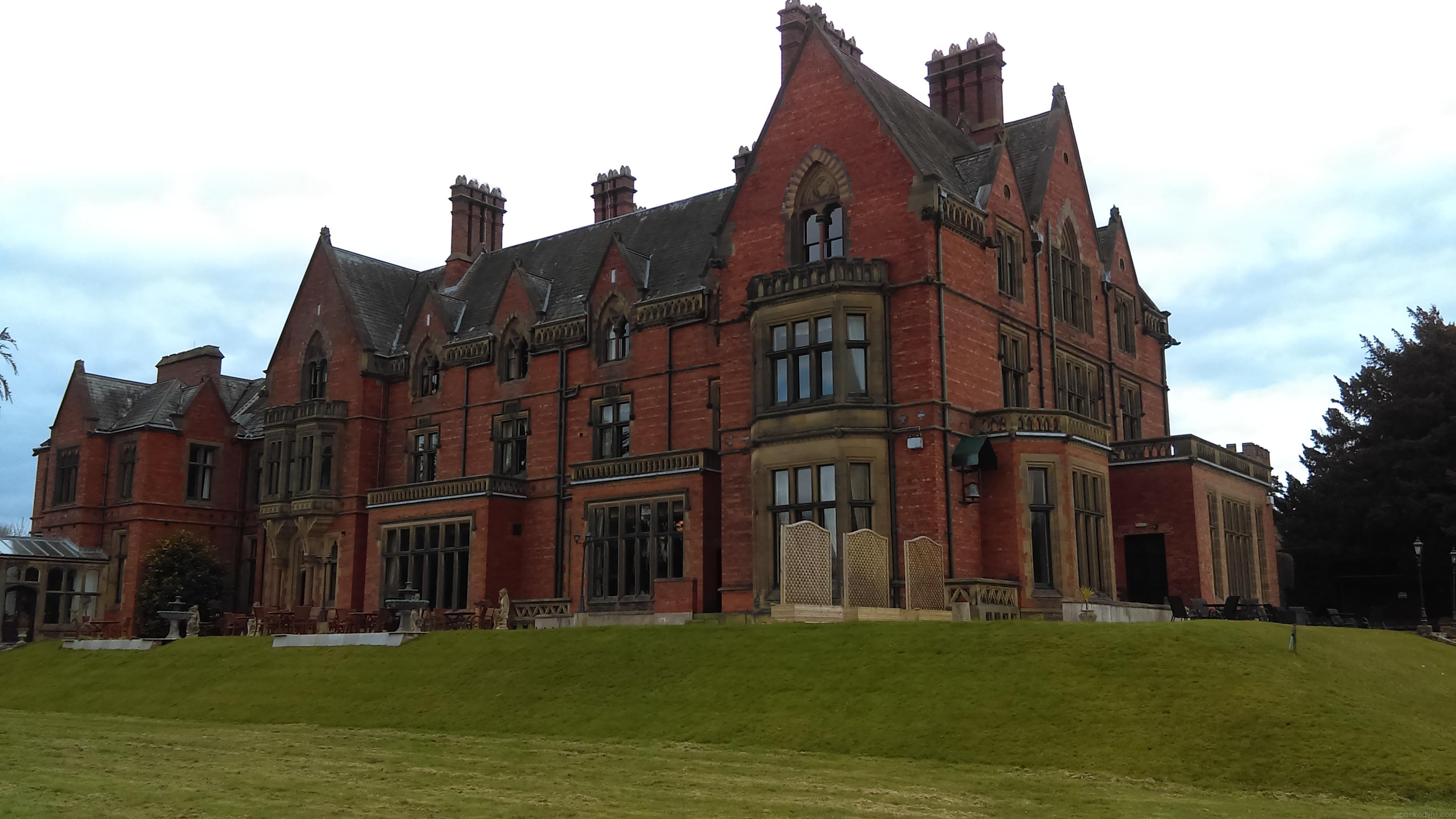 As you approach the Mansion House, you’ll start to see all the historic buildings and gardens which make up the site. The original Abbey was built in 1141 by Sir Hugh de Hatton (Hatton itself is the name of a nearby village) and was occupied for four centuries by Wroxall Priory, a Benedictine nunnery.  Henry VIII’s dissolution of the monasteries in 1536 saw the end of that usage.  In 1713 the house, along with a substantial acreage, was sold to Sir Christopher Wren.  The Victorian Gothic Mansion that stands today, a Grade II listed building, was constructed after Wren’s tenure.  Wren himself is buried at St Paul’s Cathedral, but his wife and family are buried at Wroxall. 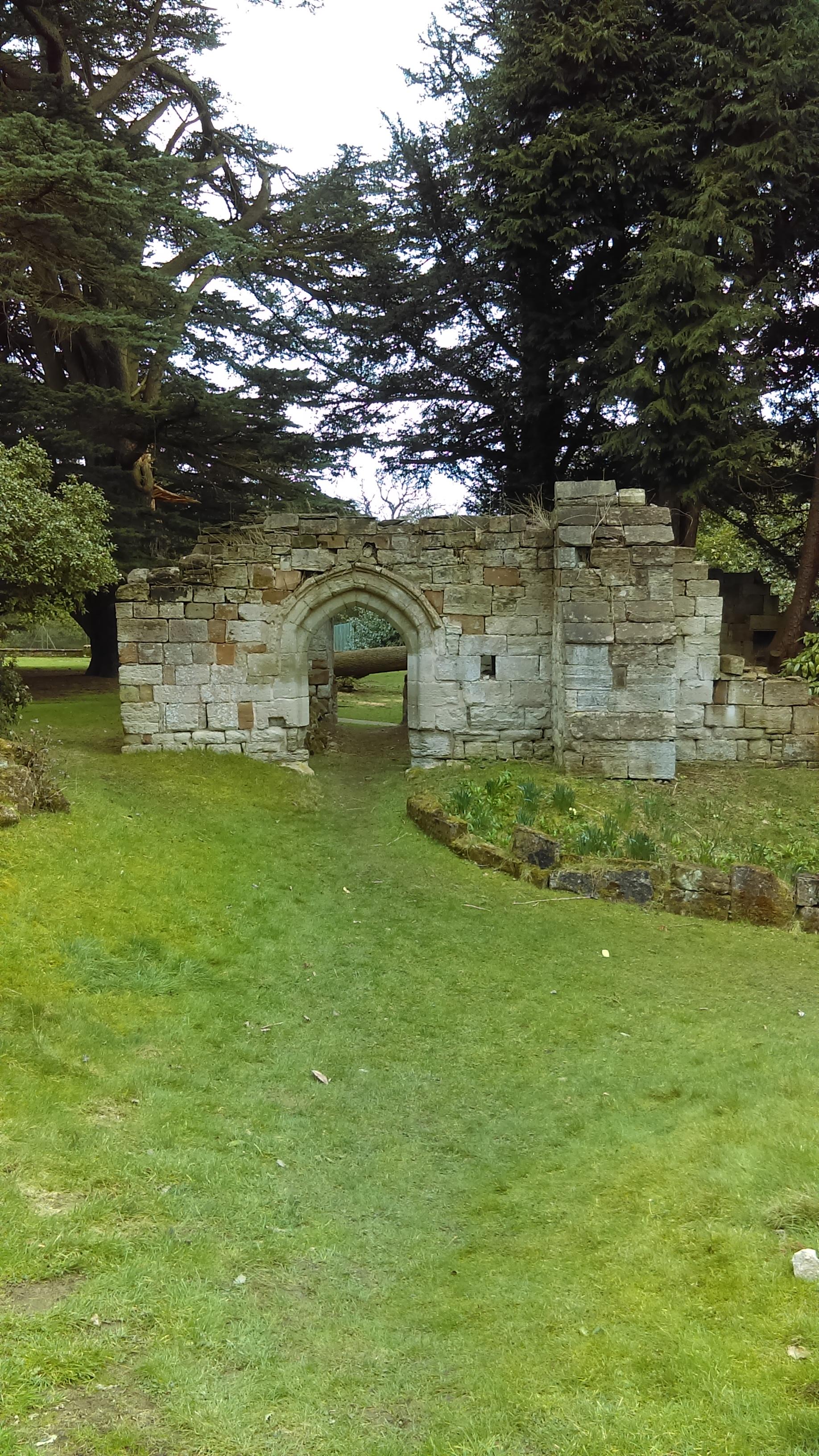 Wroxall Abbey is a hotel and spa, with restaurants and bars open to guests.   We’ve had the pleasure of staying there for Christmas on several occasions, and it’s a beautiful and atmospheric retreat.  Yet at the same time, it’s also really comfortable and relaxing.  We’ve enjoyed popping in on a sunny day for drinks or lunch on the terrace and also seeing the estate blanketed with snow while we were enjoying Christmas lunch.  There’s a beautiful wood panelled bar, with an open fire in winter, and you can explore all the ruins and historical features in the gardens. 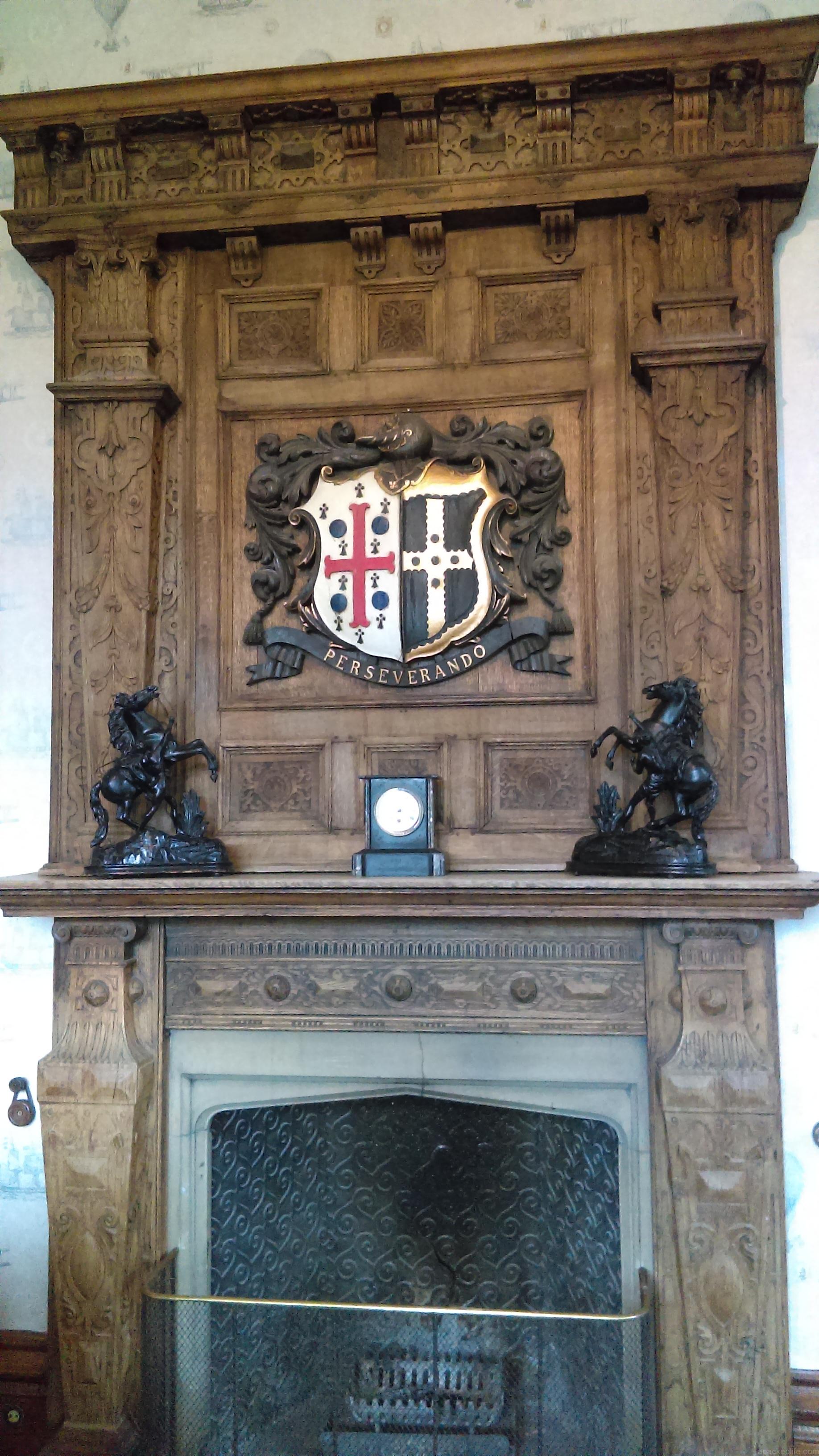 The Lady Chapel in the grounds of Wroxall Abbey is popularly known as Wren’s Cathedral.  It’s a glorious Grade I listed building, and now not far off being a thousand years old.  We had the pleasure of attending a Christmas service there with a total congregation of 12 in that beautiful and tiny space.

The cathedral has some of the oldest stained glass in the country, and a figurine of Prioress Isabella Shakespeare, aunt of William.  It also contains the tomb of Wren’s wife and commemorative plaques for five generations of the Wren family.

Outside the cathedral, you’ll find the historic covered lych gate and ancient yew hedges.  Next door are the ruins of the original Abbey, which date back to the twelfth century, and are also listed. 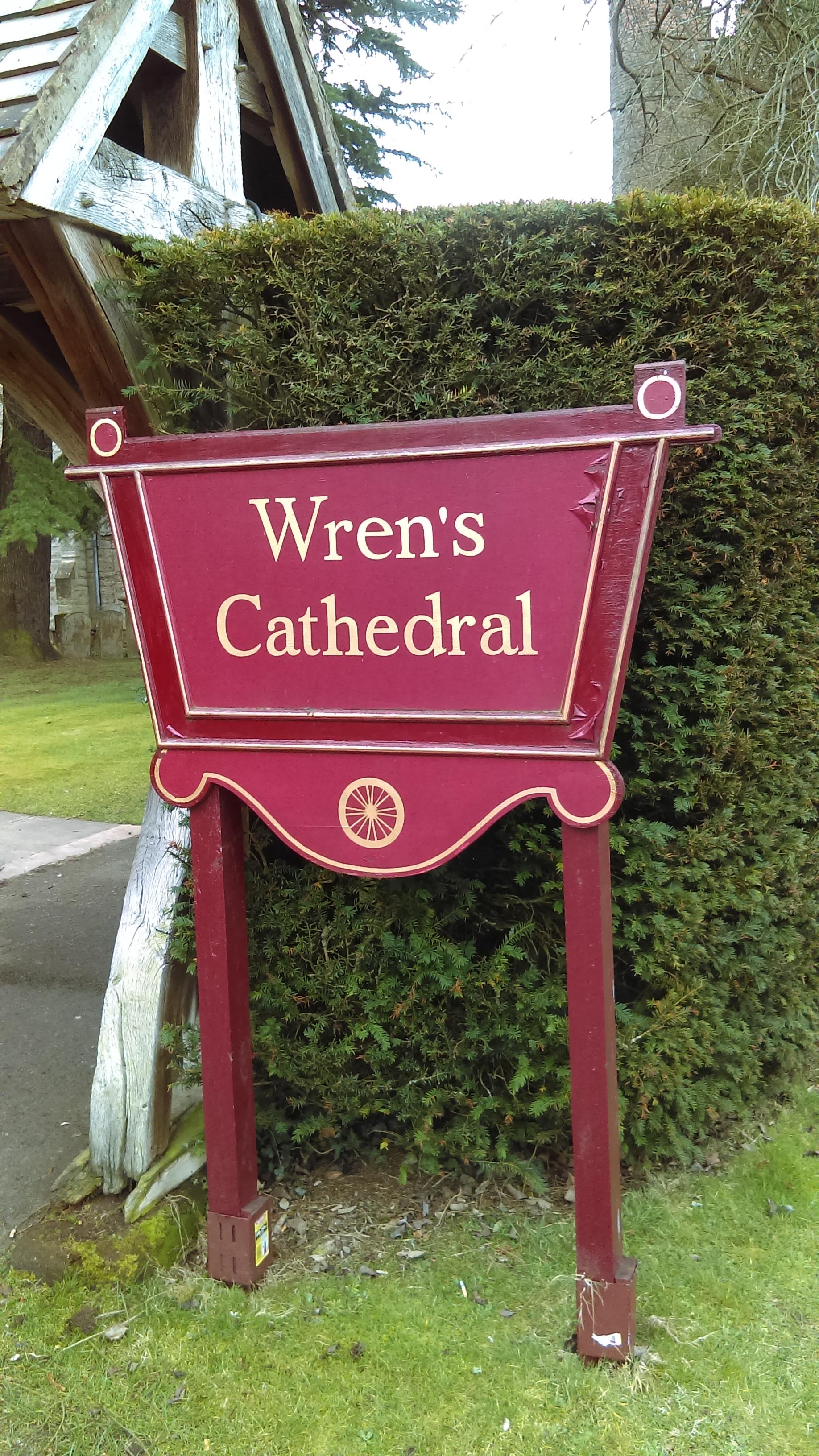 Warwickshire’s Countryside: The Forest of Arden

In this part of Warwickshire, you will never be short of things to do.  Wroxall is near the charming village of Hatton, which has a Country Park, Hatton Country World full of outdoor activities and a shopping village.  If you have children, there is plenty to do and lots of special events, while retail therapy covers everything from clothes to art, books, chocolates and antiques. 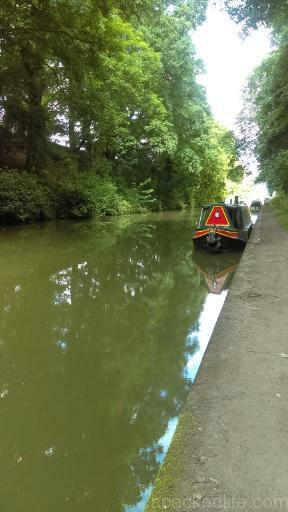 Also at Hatton, you’ll find Hatton Locks.  This famous flight of 21 locks on the Grand Union Canal makes for a brilliant afternoon wander.  The locks are clearly signposted off the A4141, and there is a car park available near the welcome station.  Look out for the giant dragonfly sculpture in the pond.  There are some over-excitable ducks who have worked out that one of the buckets reads “duck food”.  You’ll find a cafe at the Top Locks for refreshments.  Head the other way from the dragonfly pool, and you’ll see picnic tables under shady trees where you can watch the narrowboats in transit.

Hay Wood near Rowington is an ancient woodlands site, full of foxgloves and bluebells.  Here you can see birds, butterflies, rabbits, and if you are very lucky indeed Muntjac deer.  It’s a peaceful spot and not too crowded with visitors, so great for decompressing.  There are no facilities other than a picnic spot or two, so leave no trace, eh? 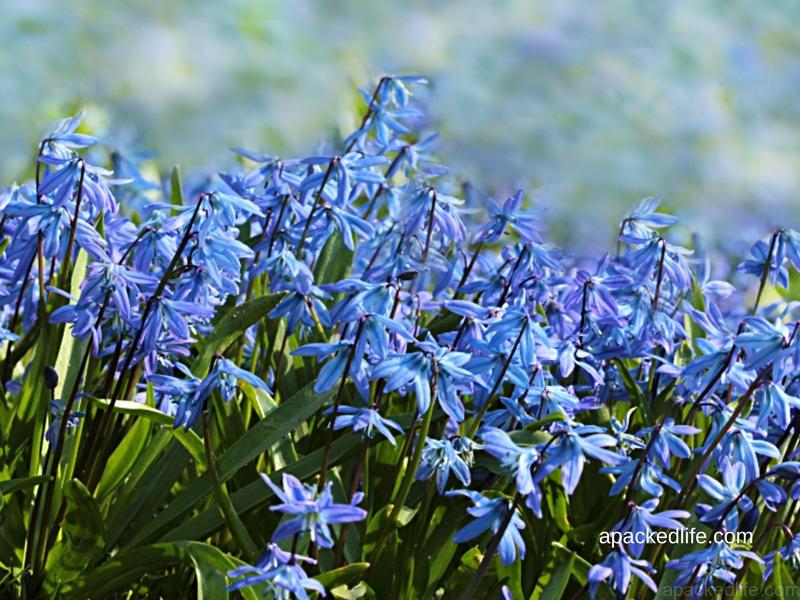 There are two National Trust properties to explore nearby.  Packwood House is a Tudor house with some spectacular topiary, including the twelve great yews known as the Apostles and the four big Evangelists in the middle.  Spot sundials and a giant wooden xylophone on the walks around the estate. 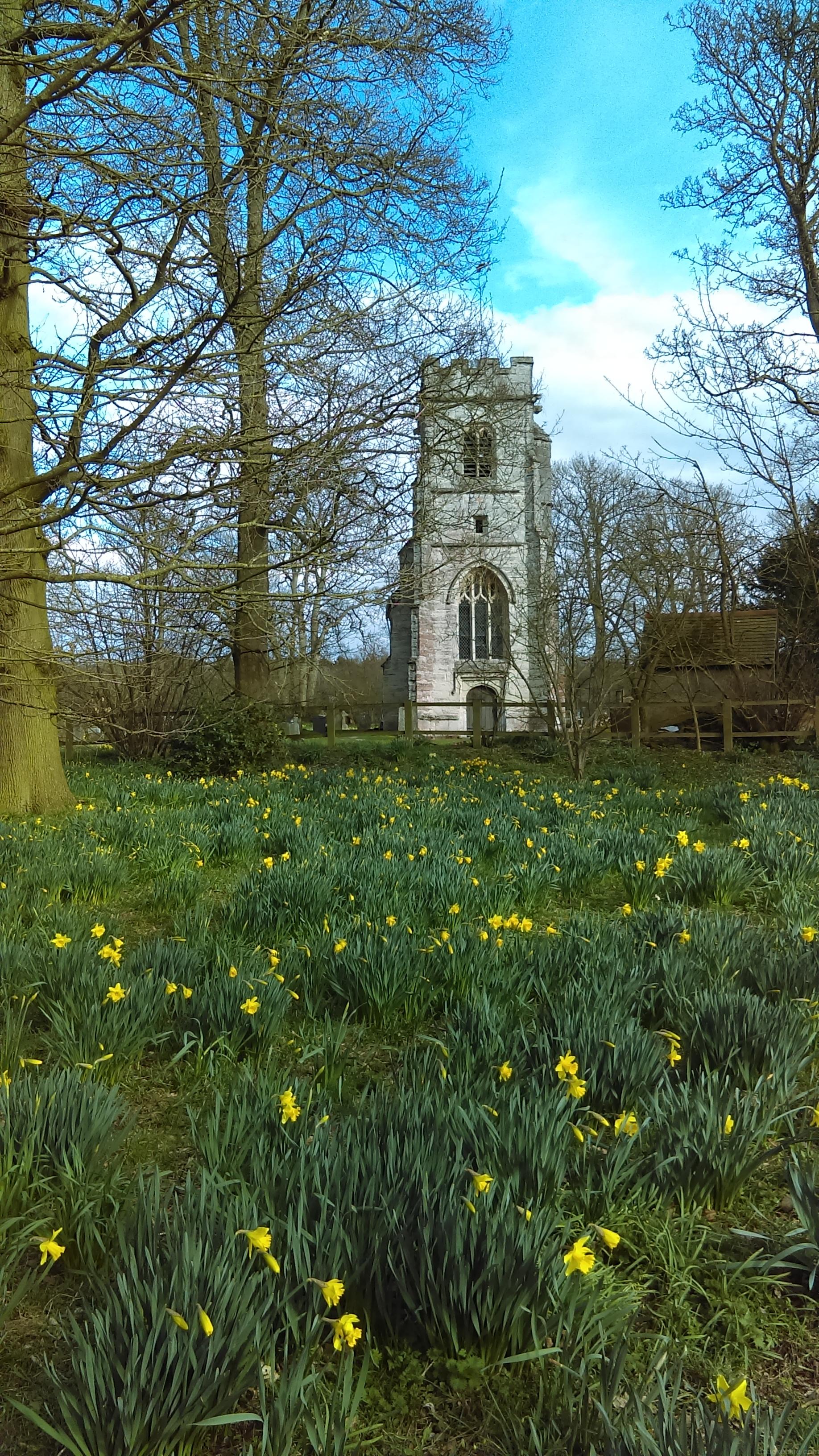 You can walk from Packwood through the Arden of Shakespeare to nearby Baddesley Clinton, also a National Trust property.  It’s a moated manor house dating from the early thirteenth century when large areas of the Forest of Arden were cleared for farmland.

Both National Trust properties have been used for filming locations.  I won’t spoil the surprise by telling you what’s been filmed where.  You can have some fun seeing what you can recognise.

Warwick – or as the motorway sign proclaims it in rhyme “Historic Warwick” – is a market town full of history.  Here you’ll find Warwick Castle, one of the UK’s top visitor attractions.  Also in Warwick is the collection of medieval timbered buildings known as The Lord Leycester Hospital.  This is the home of Warwick’s guilds, and marks the Norman gateway into the town.

Three miles further on is Royal Leamington Spa, a Regency town voted the happiest place to live in England.  Along with its legacy of the Royal Pump Rooms, which tells the history of this English spa town, Leamington is full of independent shops, bars and restaurants, and has a big foodie scene.

We’ve explored some of England’s hidden treasures for you, and some of her literary landscapes.  You’ll also find us deep in the Staffordshire Potteries, and in the Welsh border town of Ludlow.  If your heart’s made glad with the coast, come and catch sea fever with us here.

Want to visit Warwickshire?  Pin this for later! 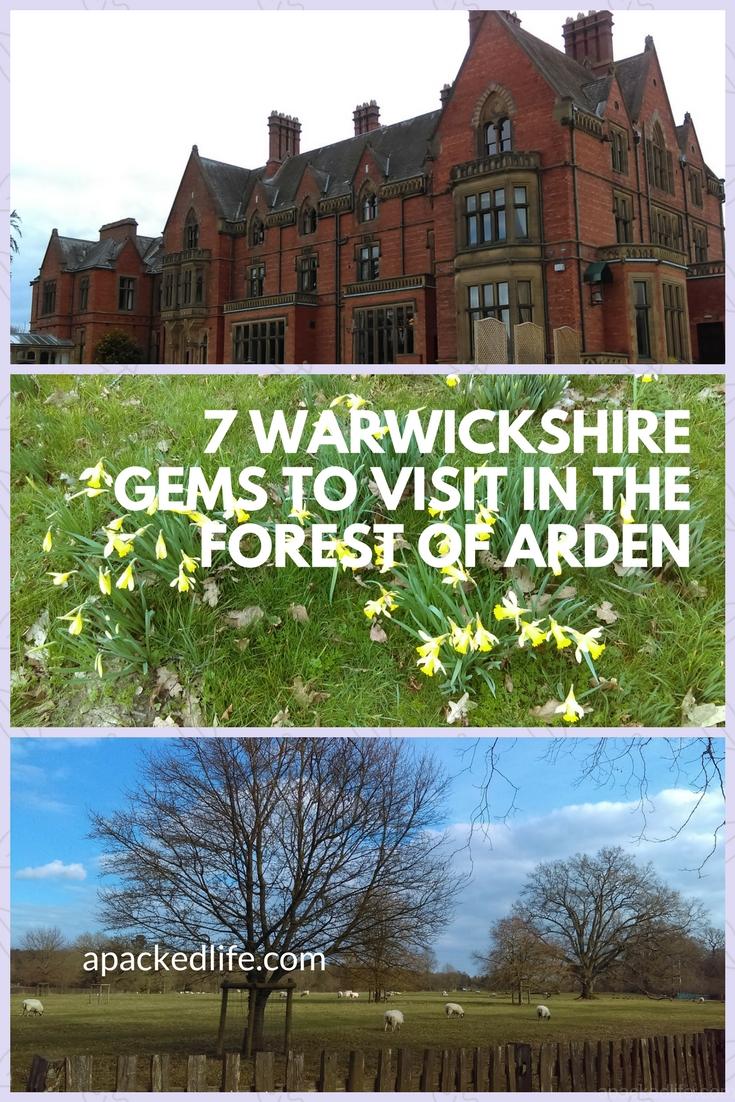