If you’re searching for some hidden travel treasures in England, come peer in this treasure chest.  I’m lucky to inhabit a beautiful island, full of diversity and contrasts.  But if you have seen many of her beauties, what’s left to explore?  When you’ve asked “Where should I go?” and the answers all sound familiar, where should you try next? Here’s a new take on the destinations you should consider for your next trip.  Come with me to see some of England’s hidden travel treasures.

England’s eternally verdant throughout much of its terrain.  After all, that liquid sunshine we get has to be great for keeping our greenery watered.  For lush woodland and forests, and swathes of beautiful countryside, we’ve got you covered.  So where should you head if you’ve seen the Dales and the New Forest and Thomas Hardy’s Dorset?

For this recommendation you’ll need to head towards the middle of England, then hang a left.  Just where England bumps into the beauty of Wales, you’ll find the Welsh Marches.

I said Marches, nor Marshes.  This is where Offa built his dyke, and the glorious Herefordshire countryside romps abundantly past small and most perfectly formed villages and towns.  Here sheep safely graze on the wild gorse-filled landscapes of Clee Hill.  You can roam for hours through the black and white villages, so named for their characteristic timber framed architecture.  This is the land of cider apples and hops.

It’s not all about the majesty of the countryside either.  Ludlow, a slow food town, makes a magnificent place to stop off.  Here you’ll find all kinds of gastronomic delights, a vibrant food market scene, and plenty of one off shopping experiences.  There’s an enormous and labyrinthine second hand bookshop, a pottery store, a seafood bar, tearooms, organic stores, delis, and a cheese shop (wonderfully named The Mousetrap).  If you visit in September for the Food Festival, expect to need the park and ride, and don’t forget your coolbags.

No traveller escapes the lure of London, and if further city destinations are suggested, then I’m sure you’ll have heard of Manchester, Brighton, Cambridge and Durham.  Head for the heartland of England instead, and test out  what Birmingham has to offer.

Birmingham is the second city, but it’s bashful about blowing its own trumpet.  From the two towers that inspired Tolkien, to eloquent Victorian architecture and the extravaganza that is the Selfridges building, the city is a visual feast.

Add to that the buzz that you would expect from a city of a million people (and a million trades), you’ll find so much here to inspire.  From pre-Raphaelite art and the Staffordshire hoard, to a thriving music scene, arts complexes and more interesting shopping than you can shake your wallet at, if you find yourself bored, I’d be astounded. 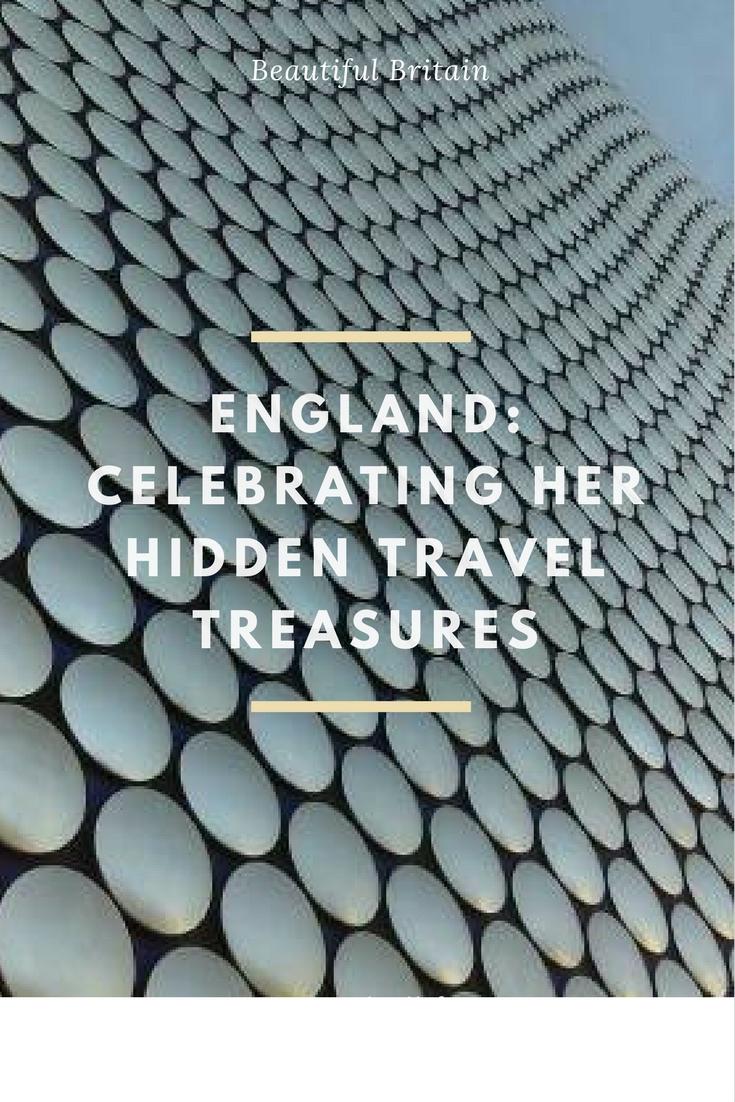 You may be tempted to explore England’s history through places such as York, and the dreaming spires of Oxford.  But I’d urge you to look a little further and check out England’s favourite place to live: Royal Leamington Spa.

Famed for its restorative mineral waters, Leamington’s popularity grew significantly as people came to take the waters.  You’ll still see glorious Regency terraces.  The Royal Pump Rooms complex is now dedicated to preserving the beauty of the Hamman.  You can also learn about the people who came to take the waters and those who worked to allow them to do so.

Today you can catch all kinds of gigs at the Assembly Rooms, no longer the site of afternoon tea and formal dances, but still graciously replete with elegant mouldings and sweeping ceilings.  There are an extraordinary number of independent shops and dining options, making Leamington burst with interesting things to do and see. 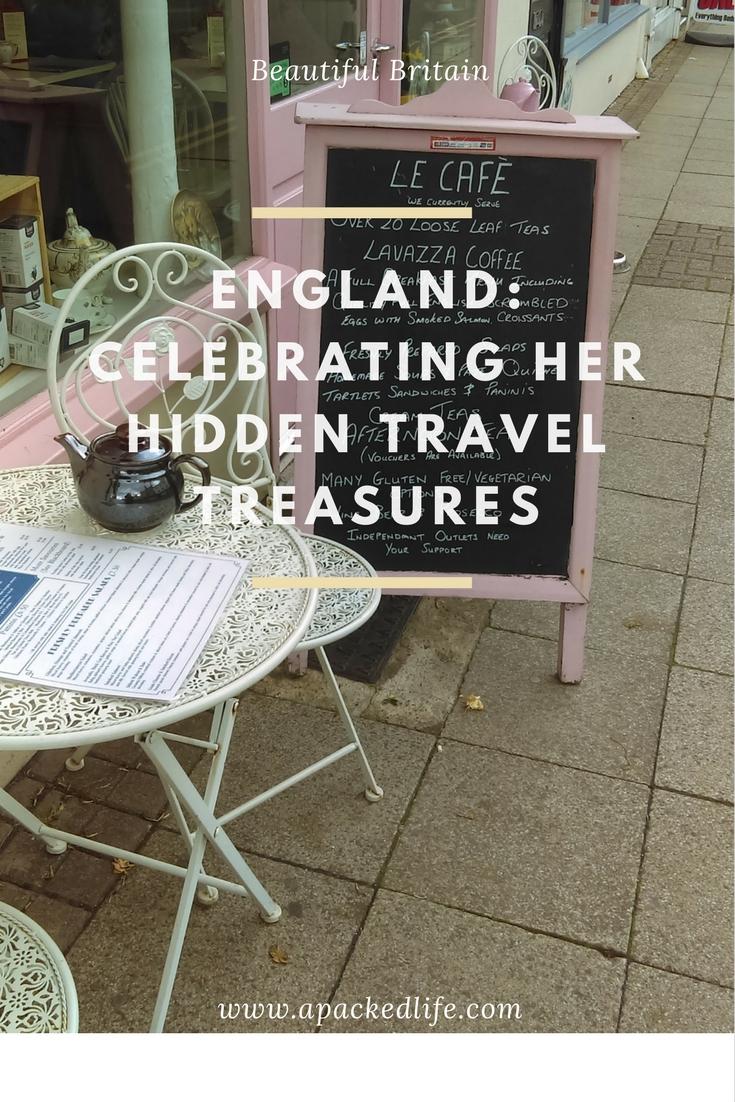 There’s no doubt that England has some stunning National Parks.  Even bits of the countryside that are not actually parks are renowned for their splendor, from the craggy landscapes of Cornwall to the rolling hills of Devon.  But if you’d like to see a less well-known part of England’s wonderful countryside, then head north and west to the Forest of Bowland in Lancashire.

Just north of Preston, and nestling south of the blond university city of Lancaster, you’ll find the Area Of Outstanding Natural Beauty that is Bowland.  Home to an amazing amount of wild flowers and other charms, the Forest of Bowland meanders from gentle river valleys full of grazing sheep to wild and wuthering moors.  Here a few loitering cows in the road may be the only traffic you encounter for an hour or more. 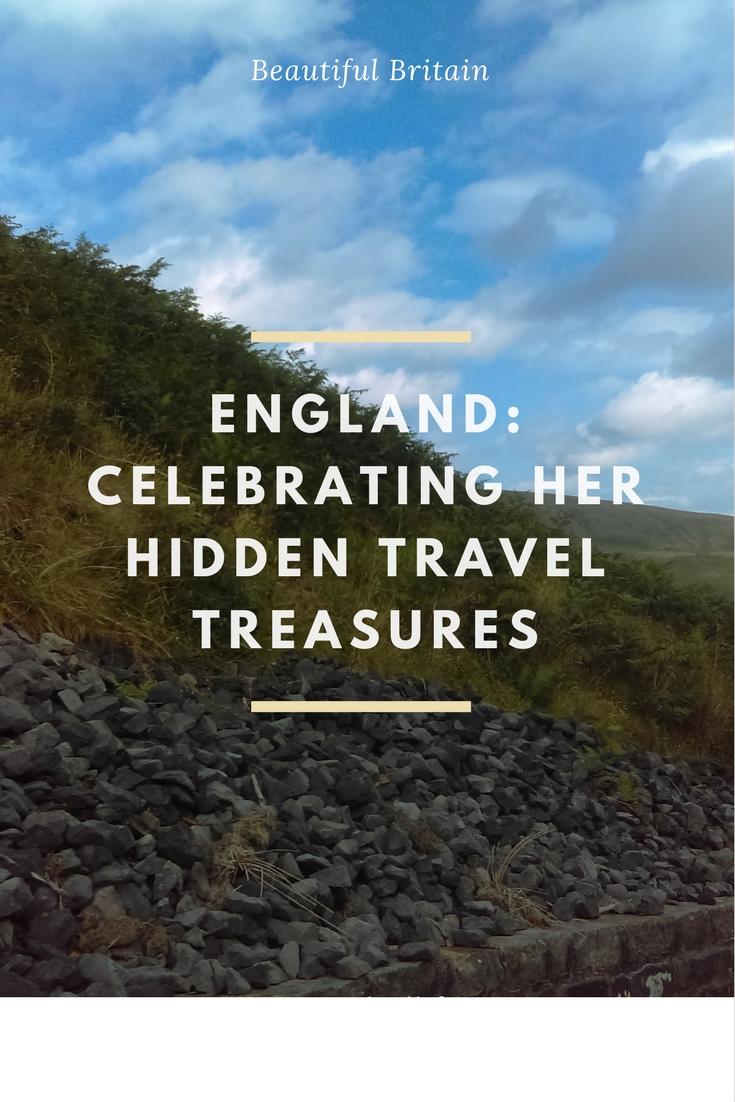 Check the weather carefully, pack a picnic, and admire the amazing contrasts of this place.  There are tiny villages, and the occasional shop, but mostly you’ll be on your own, crossing cattle grids with regularity, and watching the landscape change as you gain altitude.  You’ll find footpaths that are far less trafficked, views you aren’t sharing with others, and a realisation that even in Bill Bryson’s “small island” you can find yourself truly alone.

Hidden Travel Treasures: Down to the sea

As that small island, we have rather a lot of coast.  And there are so many popular places to visit, whether you focus on the sandy expanses of Holkham in Norfolk or the traditional seaside resorts such as Scarborough and Blackpool, Brighton and Torquay.

But if you want to find somewhere a little bit different, I’m suggesting you take the journey to the North Devon coast.  Like some of the destinations I’ve suggested already, this is not the quickest place to reach.  Despite the dual carriageway that will now take you to Barnstaple from Exeter, you’ll still need to drive a good half hour further to reach the first of the two places I’m recommending to you. 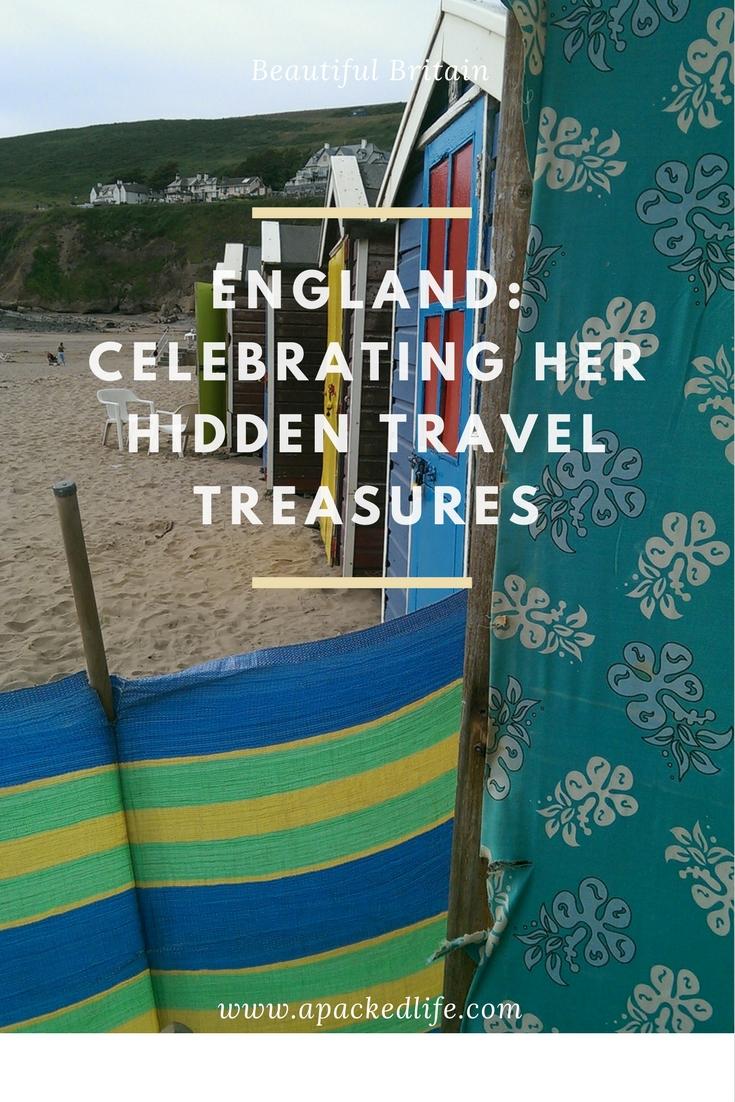 Not far past the village of Braunton, with its fine chippy and a selection of restaurants and shops, you’ll find Saunton Sands.  So flat and smooth it was used to practice the D-Day landings, Saunton Sands has a row of beach huts, a cafe, a couple of shops, and the kind of seaside of my childhood memories.  Whether you body board, surf, explore the rock pools to the right of the bay or hire a hut and build a fine array of sand sculptures, it’s a place to let your inner child out to play.

Not far along the coast, you’ll find the contrast that is Hartland Quay.  The rugged coast here, marked by a lighthouse on the headland, was renowned for shipwrecks, described along with smugglers’ tales in the small museum.  You make your way to the Quay down a narrow, winding, switchback lane, and see the harsh magnificence of the rocky cliffs before you.  You can clamber down to the rocky cove at low tide, maybe watching hanggliders soaring above.  Or visit on a winter’s day, and see the spray pounding the rocks while you imagine the stoicism and bravery of the sailors who served this port.

I’m always in search of more lesser-known treasures for my travel chest.  Can you offer up any new places I should visit?

If you’re looking for an overview of England’s charms, I’d recommend you roam the corridors of Visit England, where you’ll find all kinds of details on places, accommodation and things to do.