Spring is a time when England’s at its most beautiful.  The trees are bursting back into life, the sun is starting to warm the land, and the countryside is full of blossoms.  Parts of England, such as Kent – the Garden of England – and the Vale of Evesham are full of blossom, hinting at the fruitfulness to come.  The period between April and June is the best time to see the blossoms.  We took the Vale of Evesham Blossom Trail at the start of the season to show you just how beautiful the countryside can be.

Want to save this for later?  Why not pin it now! 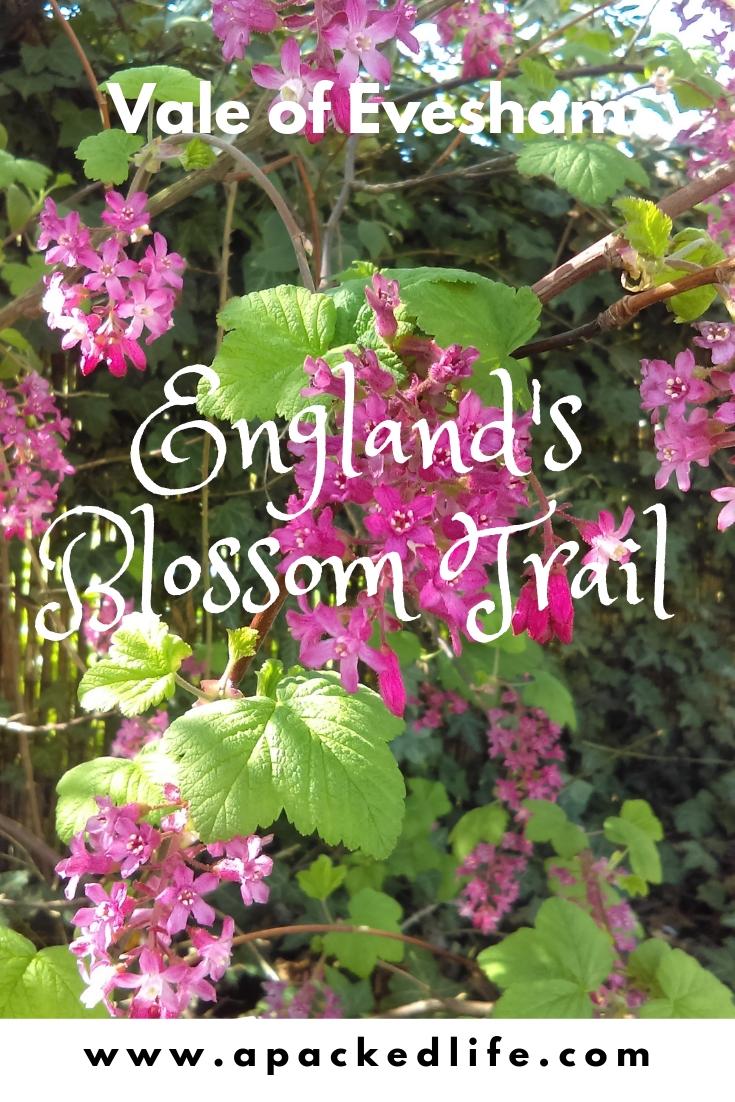 Where To Find The Vale Of Evesham 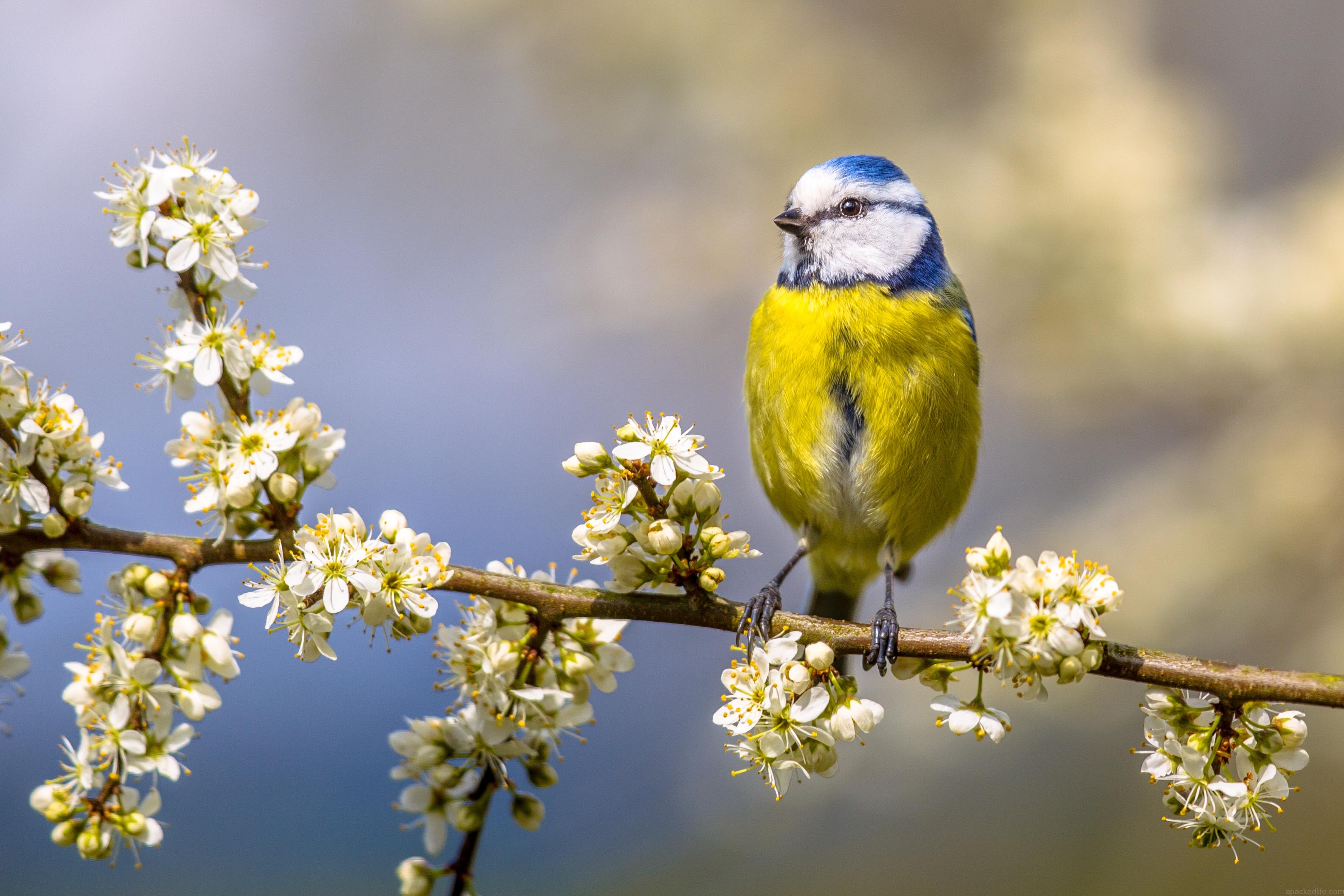 The Vale of Evesham takes its name from Evesham.  This is one of the towns of Worcestershire, nestling up to the Cotswolds.  The city of Worcester is famed for its fine cathedral.  It’s the birthplace of the composer Edward Elgar (Land of Hope And Glory) and the home of beautiful Royal Worcester china.  Just south of Worcester, you’ll find the Malvern Hills: an epic landscape of magnificent walks and outdoor pursuits.  The Rivers Severn and Avon wind their way through Worcestershire, bringing boats and barges to the heart of its settlements.

To get to the Vale of Evesham, you can take the M40 and M42 from London.  Otherwise head south from Birmingham on the M5 motorway.  If you are using public transport, take a train to Birmingham New Street and then change for Worcester and Evesham.  Alternatively, take the direct train from London Paddington.  Evesham and Pershore stations are on the Cotswolds Line from London.  Be aware that Pershore station is a fair walk from the town, especially if you have luggage.

To see much of the Blossom Trail, you’ll need to either travel by car or take a tour of which there are plenty available.  Routes for the Vale of Evesham Blossom Trail are clearly marked by brown information signs roadside.

The Vale of Evesham Blossom Trail would make a great day trip if you are staying in Stratford-Upon-Avon, Warwick, Royal Leamington Spa or Birmingham. 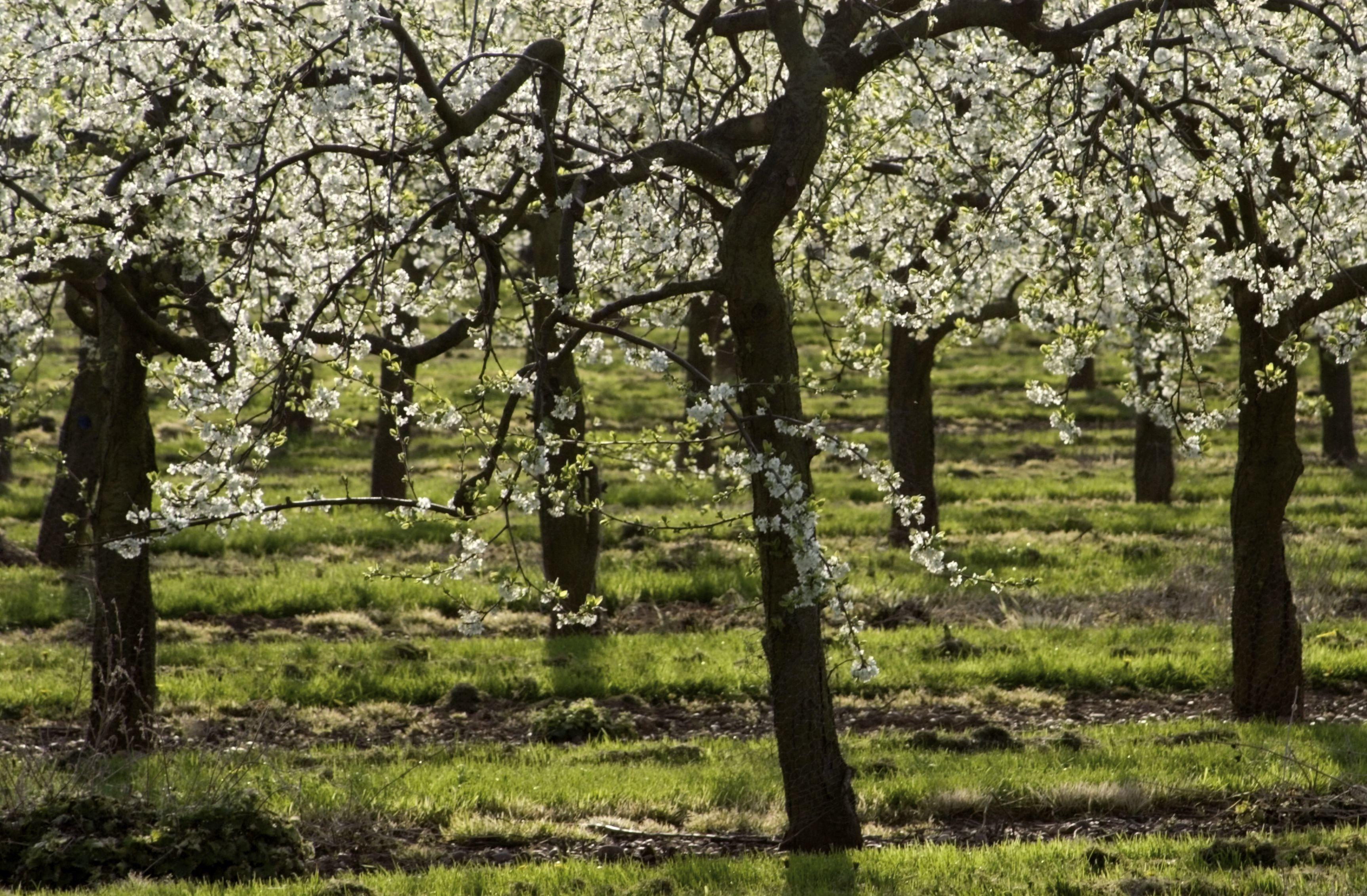 Head towards Pershore or Evesham, and you’ll soon start spotting the brown road signs telling you that you’re on the blossom trail.  The apple, pear and plum trees grown in one of England’s most fertile areas burst into flower for the spring.  From March to May, the blossoms follow on one from another: the soft pinks of cherry and apple blossom and the clear whites of pear and plum and damsons.

There’s a generous 45 miles of the Vale of Evesham Blossom Trail to explore.  Of course, the timeliness of the blossom depends greatly on the seasonal weather, so we recommend searching for blossom pictures on Twitter – in the absence of a Blossom Cam – before heading out to explore.  Our trip in March saw a beautiful riot of blooms, and I am sure you will have a blossoming trip any time between March and the beginning of June. 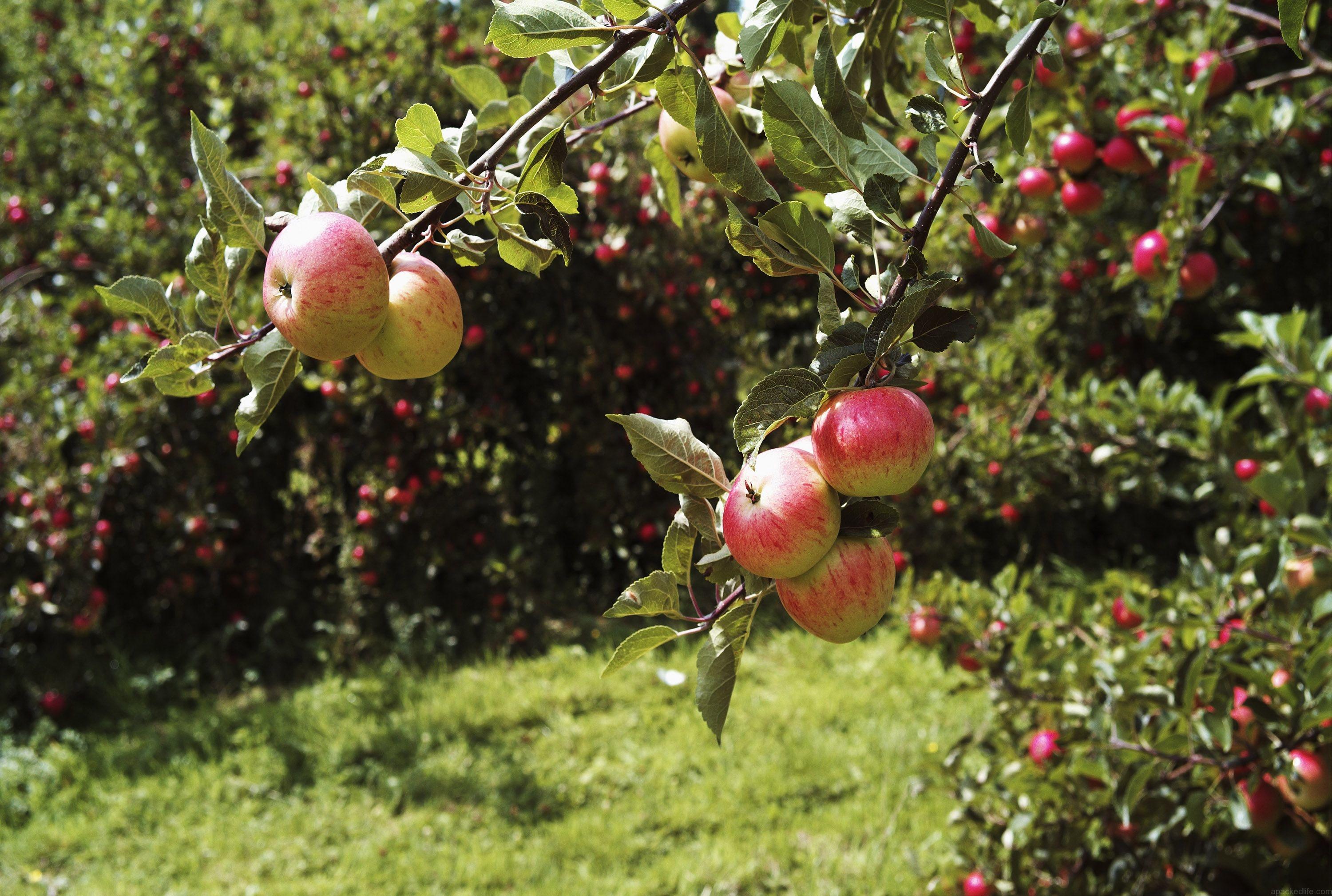 Top tip: Don’t forget to stop so you can smell the beautiful blossom and see it at closer quarters.  There can be few finer things that watching the bees working the blossoms, while looking up from under the blossom canopy at the big blue sky beyond.

Towns On The Vale Of Evesham Blossom Trail 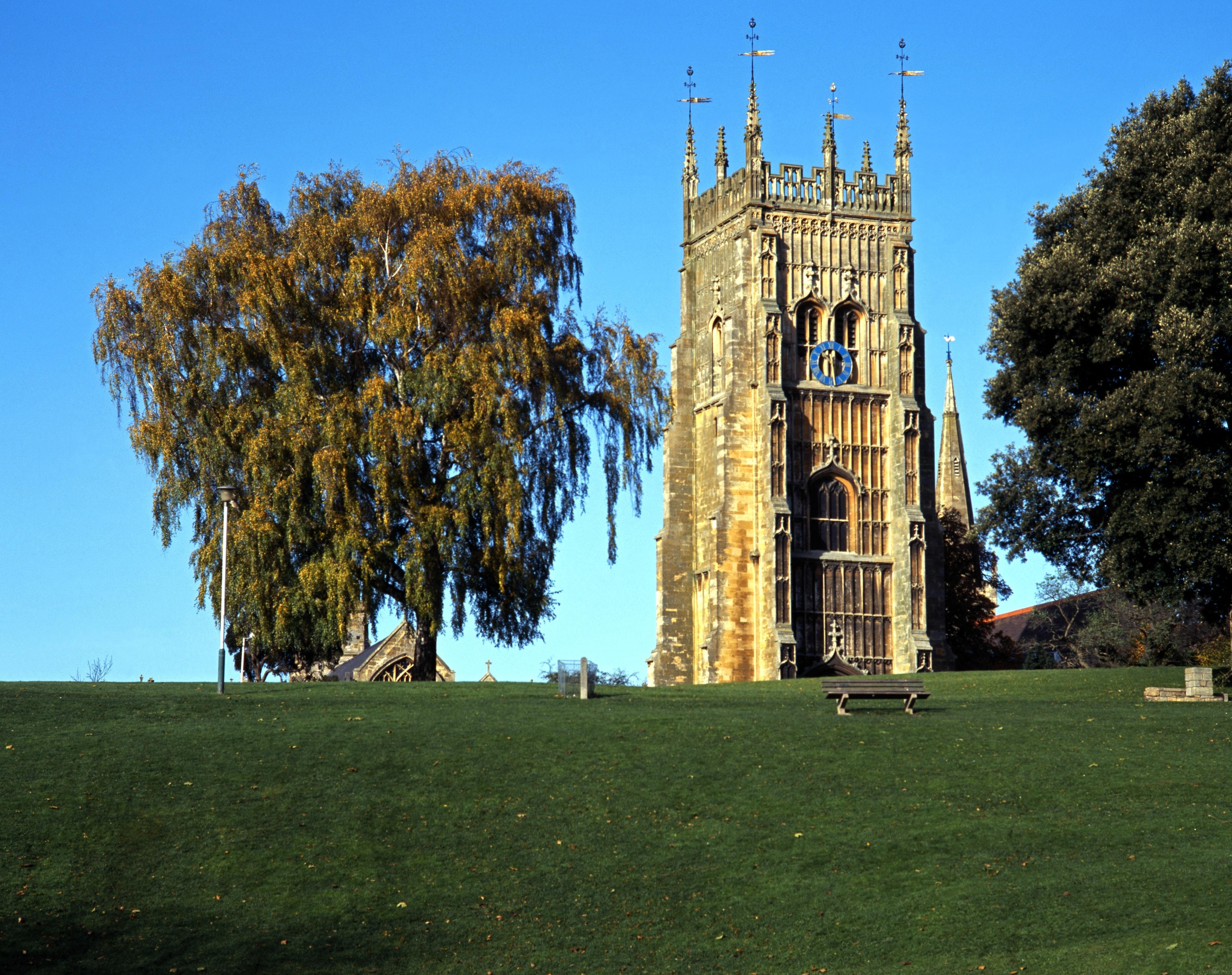 There are two main towns on the Blossom Trail: Evesham and Pershore. 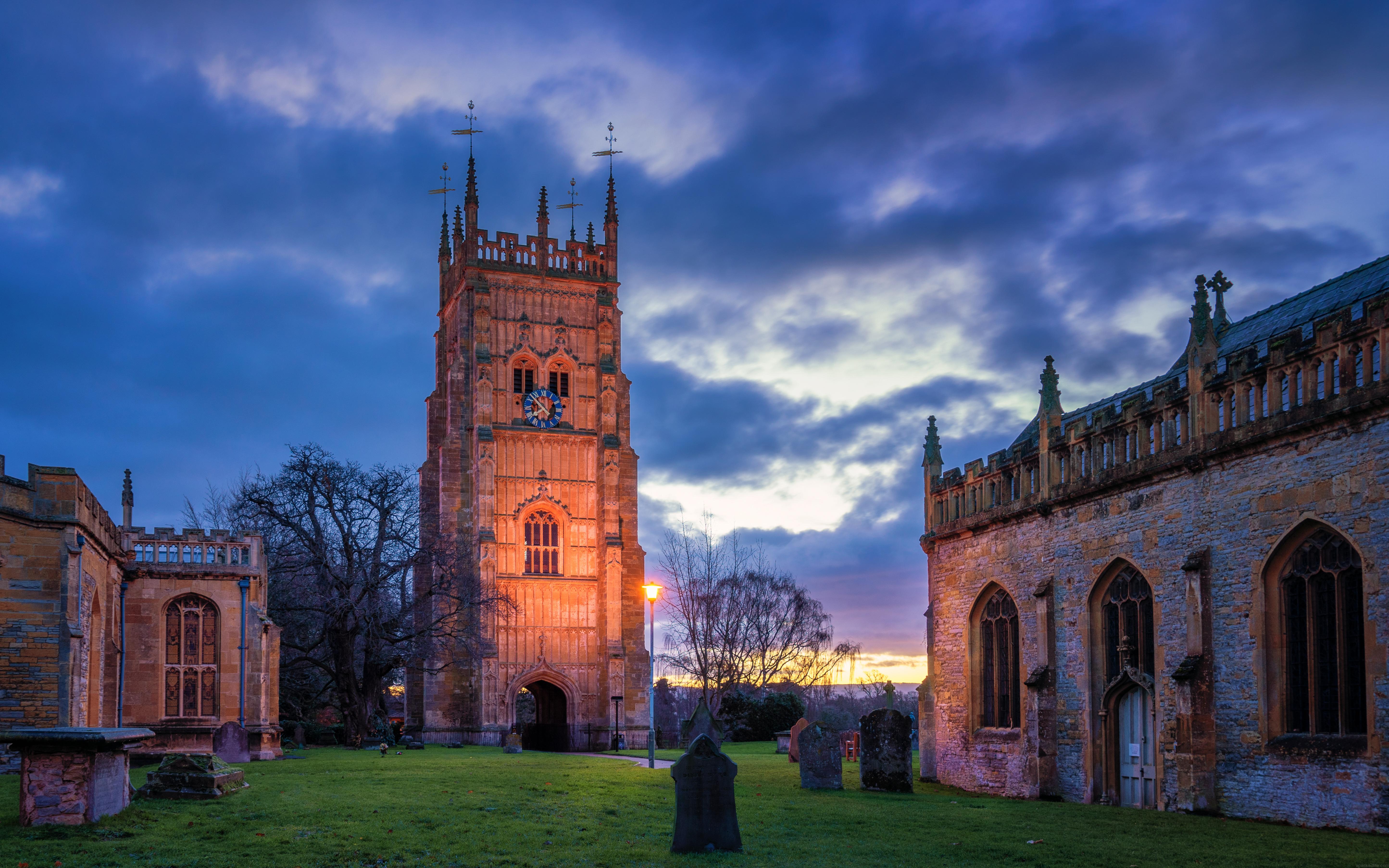 Midway between Cheltenham, Worcester and Stratford-upon-Avon, Evesham has long been renowned for market gardening and fruit production.  The town was founded on an eighth century abbey, destroyed save for its bell tower in the Dissolution of the Monasteries under Henry VIII.  At one time the Abbey was the third largest in England, and you can still see the Lichfield Bell Tower, plus two linked buildings: Middle Littleton Tythe Barn and the Almonry Museum and Visitor Centre. 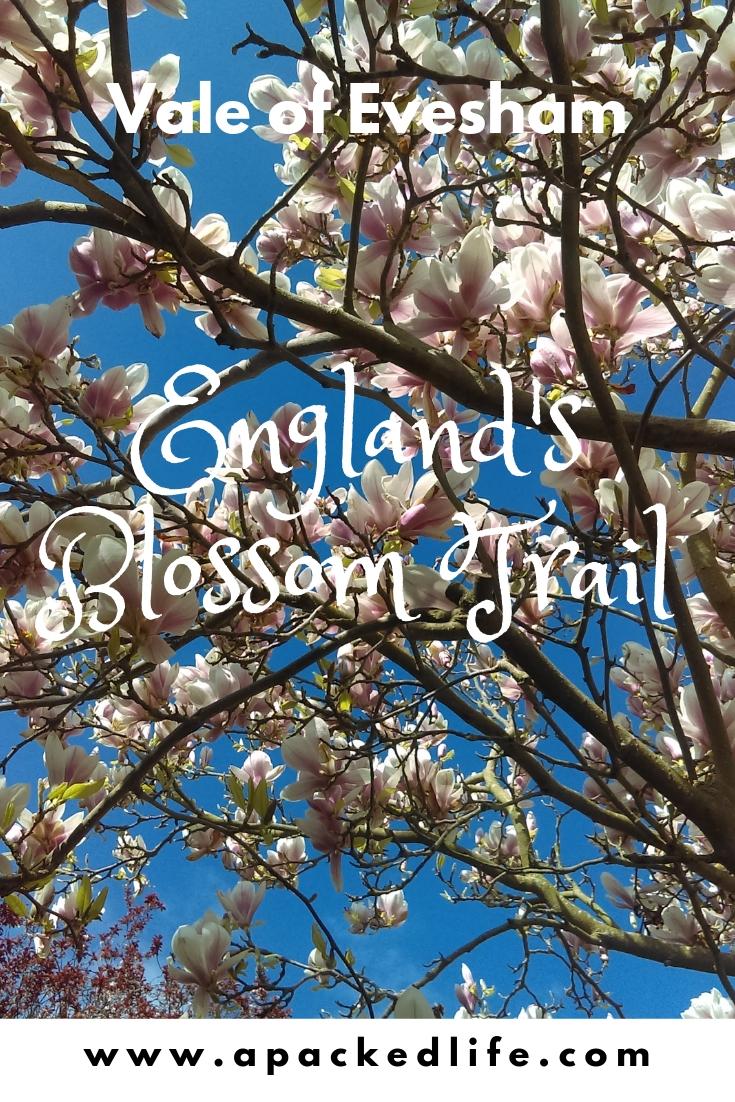 The Battle of Evesham in 1265 is believed to have been the first time that the St George’s flag was used to represent England.  The medieval town then developed in the meander of the River Avon.  Surrounded by the Cotswold Hills and the Malvern Hills, the exceptionally fertile soil in the town created excellent conditions for growing fruit and vegetables.  Leasehold land for growing is regulated by the Evesham Custom, specific to this area.  Arrive in Evesham at the right time between 10am and 3pm, and you could take the tiny Hampton Ferry across the River Avon.  This small and wonderfully formed cable ferry operates by manually pulling a cable to travel across the river.  When you arrive, the cable is allowed to drop to the river bed so as not to interfere with river traffic. 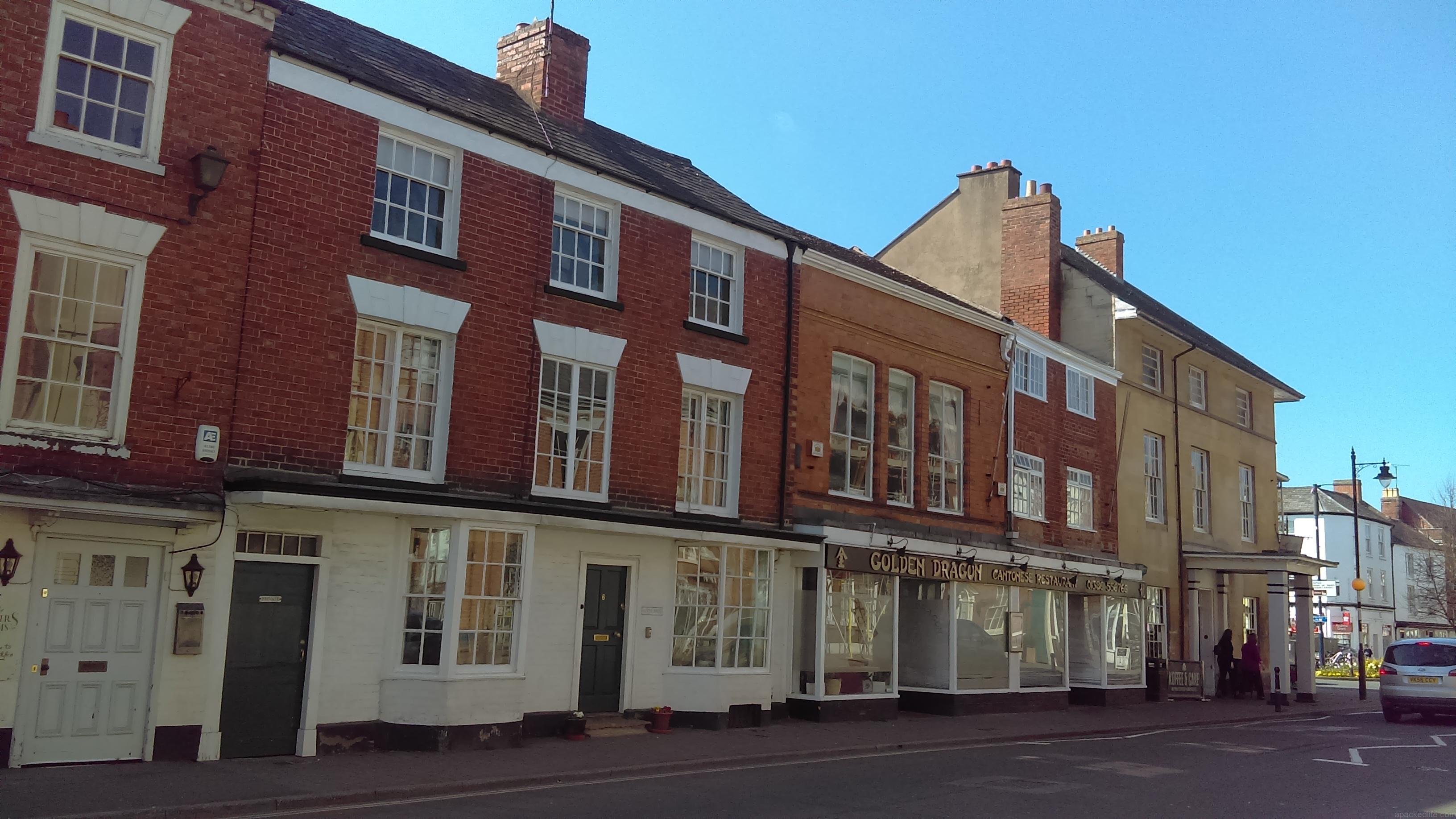 Pershore also grew on the River Avon.  It’s 6 miles west of Evesham and 6 miles east of Upton-on-Severn, known for its jazz festival.  The town is lined with elegant Georgian houses, small tearooms and interesting shops to explore.  Parts of Pershore Abbey date from the 11th century. 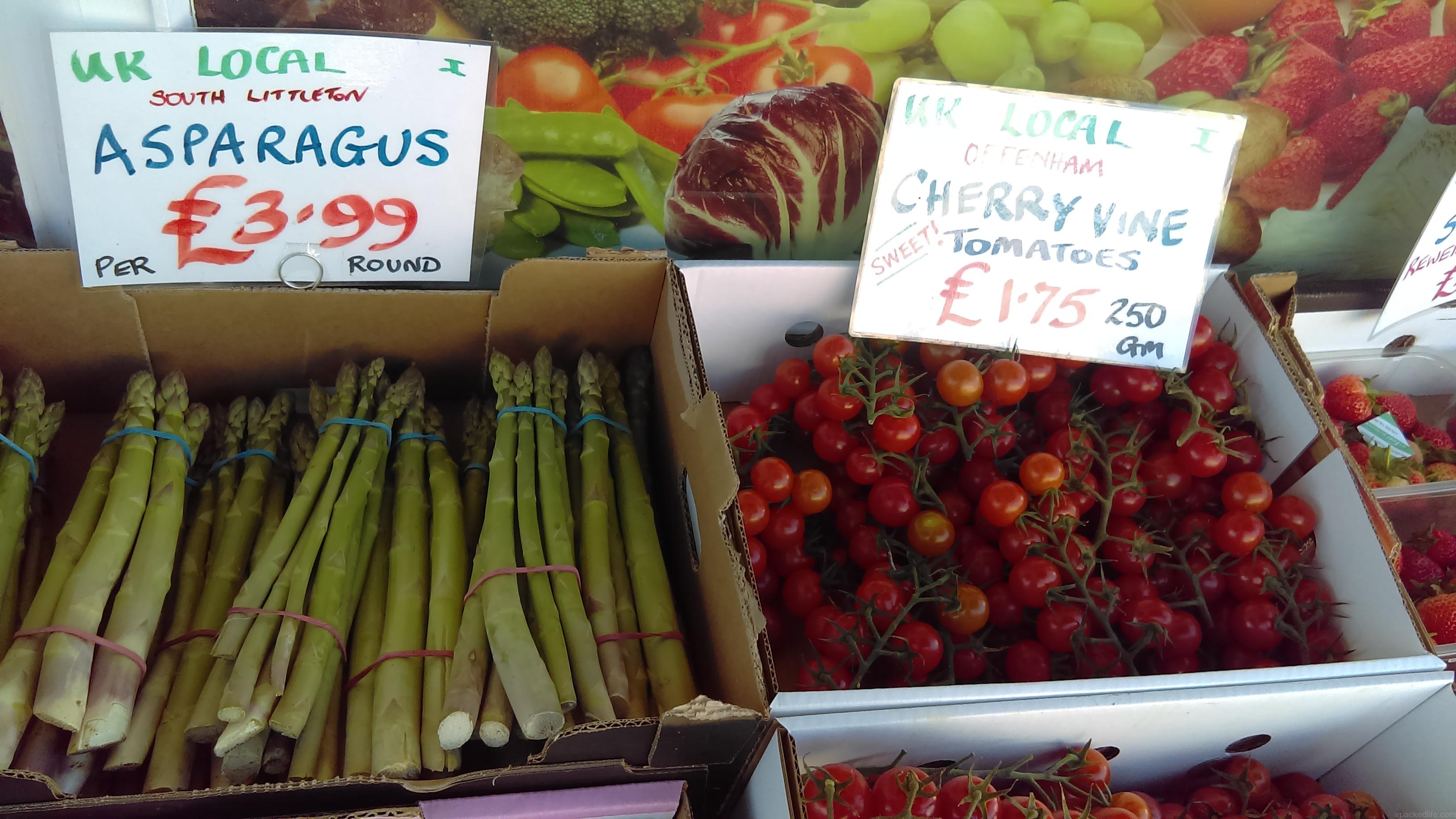 The annual Pershore Plum Festival takes place in August.  We’ve visited on more than one occasion, and can confirm it’s a real celebration of the bounty of the land.  Plums are transformed (including by the town’s horticultural college students) into all kinds of preserves, jams, chutneys, juices and even beers.  There are lots of local varieties of plum to try: the Purple Pershore, the Pershore Emblem and the Pershore Yellow Egg.

There’s even a train – the Pershore Plum –  named after the local produce!  Historically the harvest season saw schools closed to allow children and their parents to gather in the fruit. To give you an idea of the scale of production, in the 1870s, around 900 tons of fruit would be sent to market each year.  If you visit during the plum festival, make sure to stop off at some of the farm stalls on your way back from the town.  You can even pick your own plums at some of the fruit farms.

Villages On The Vale Of Evesham Blossom Trail 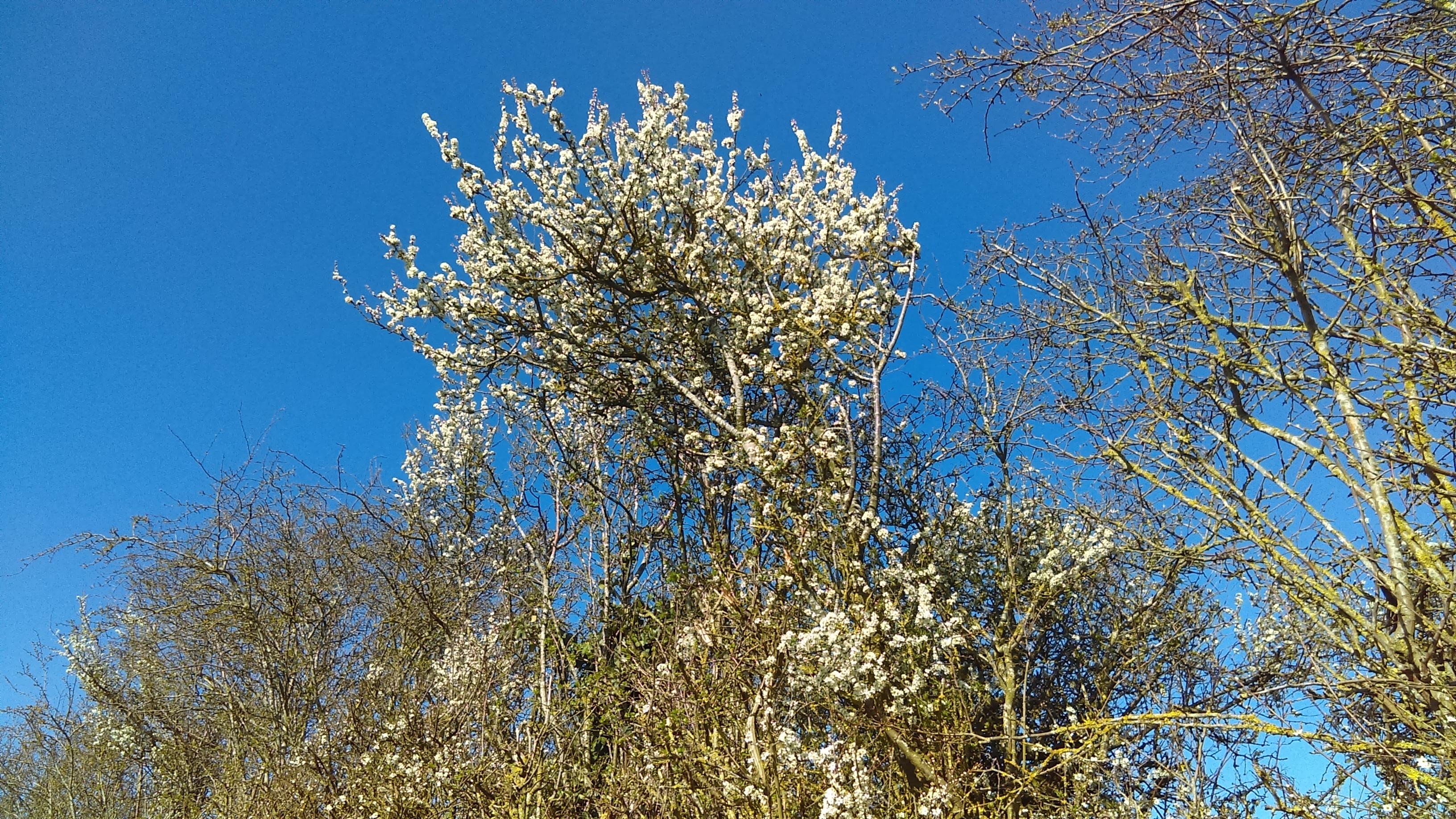 This is countryside laced with villages too numerous to mention.  You can happily find plenty of small spots to stretch your legs, pick up some lunch or stop for a drink. There’s Fladbury, with its twelfth century church and even a stone left behind after the Ice Age.  Cropthorne is full of half timbered houses.  Then there’s Bretforton, so gorgeous it’s frequently used as a film location. 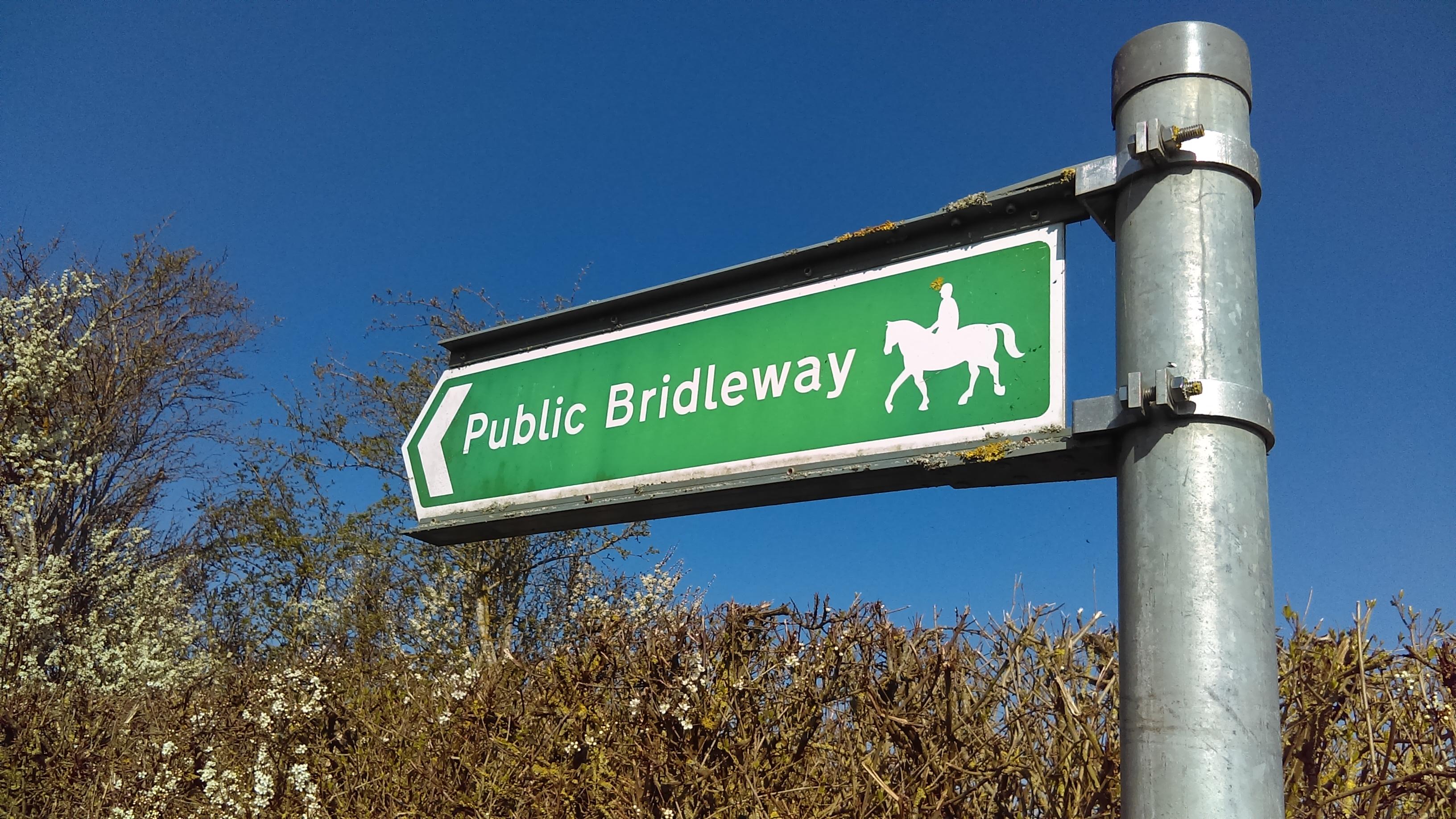 For some of the prettiest places, I’d recommend The Lenches, on the road to Stratford-upon-Avon.  This collection of small villages – Ab Lench, Church Lench, Atch Lench, Sherrifs Lench and Rous Lench – is set on a ridgeline commanding beautiful views. 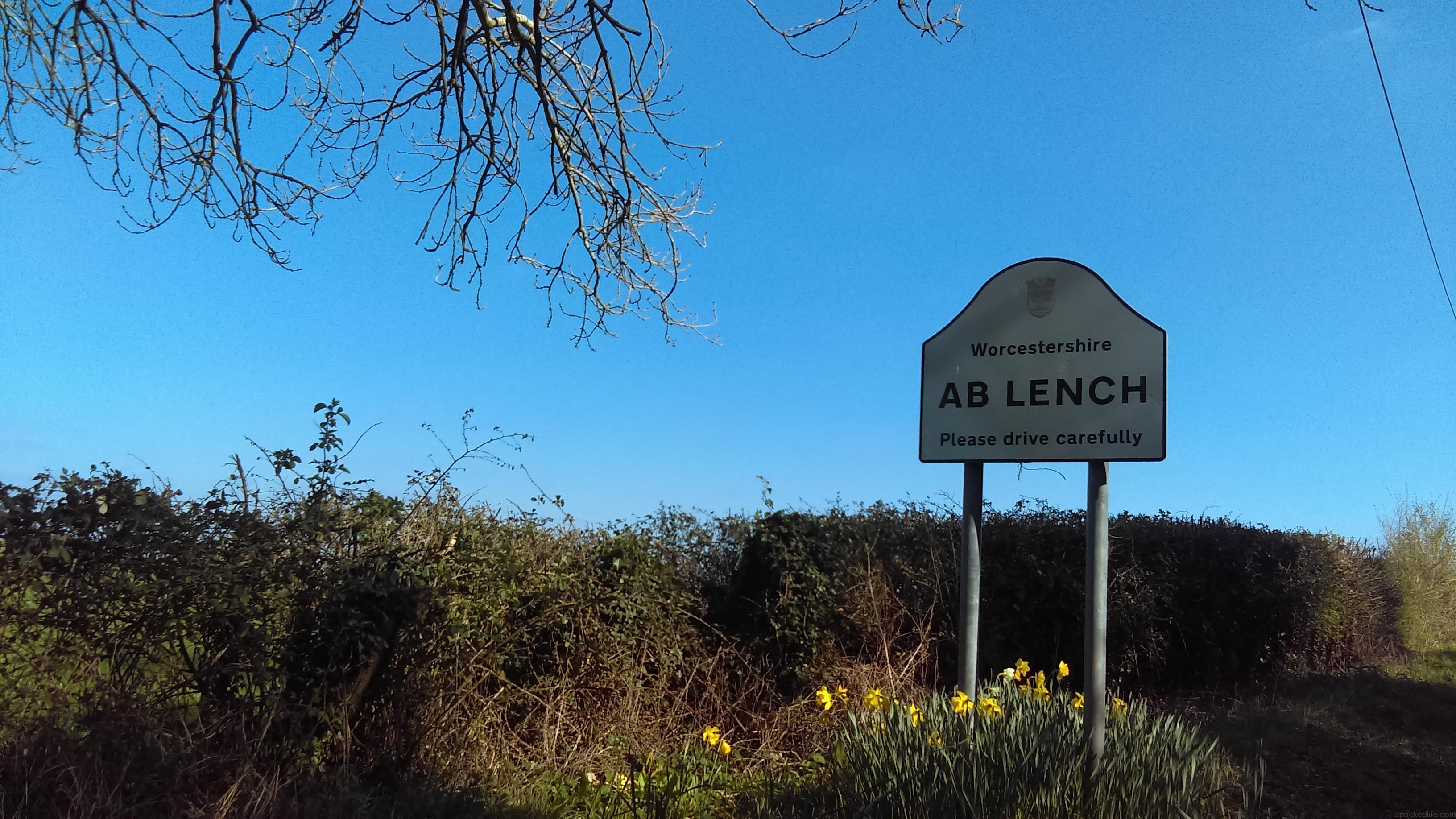 The Lenches themselves are beautiful.  You’ll find yourself full of happy wistful feelings about the joys of village life.  There’s a great history of the Lenches and how they got their names here; many of them being named after local landowners.  I was amused to see names changing through 19th century efforts to make the place sound rather more posh.  Ab Lench and Rous Lench both appear in the Domesday Book.  You’ll find some artefacts from The Lenches in Evesham’s Almonry Museum. 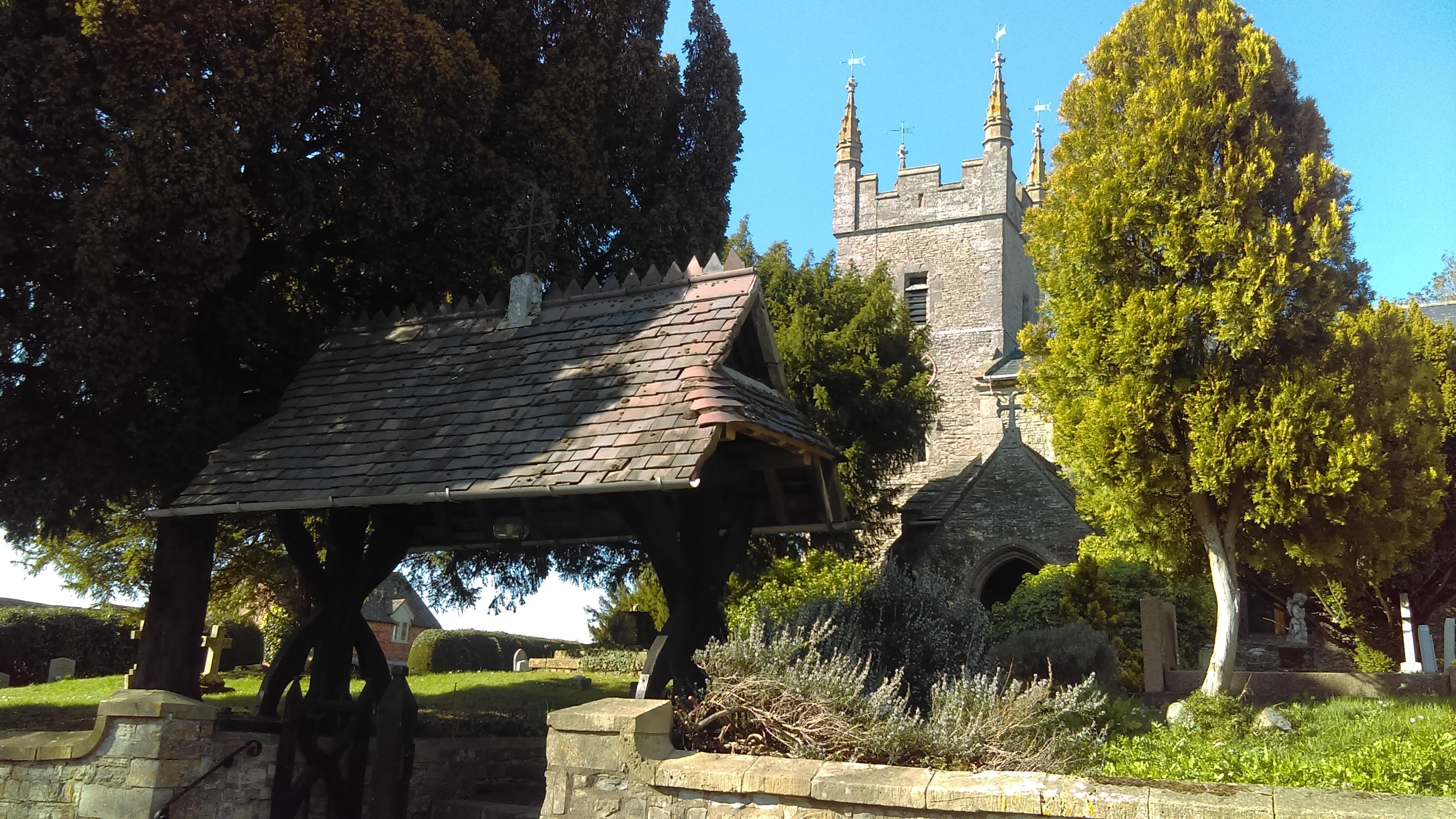 Eating and Drinking Along The Blossom Trail 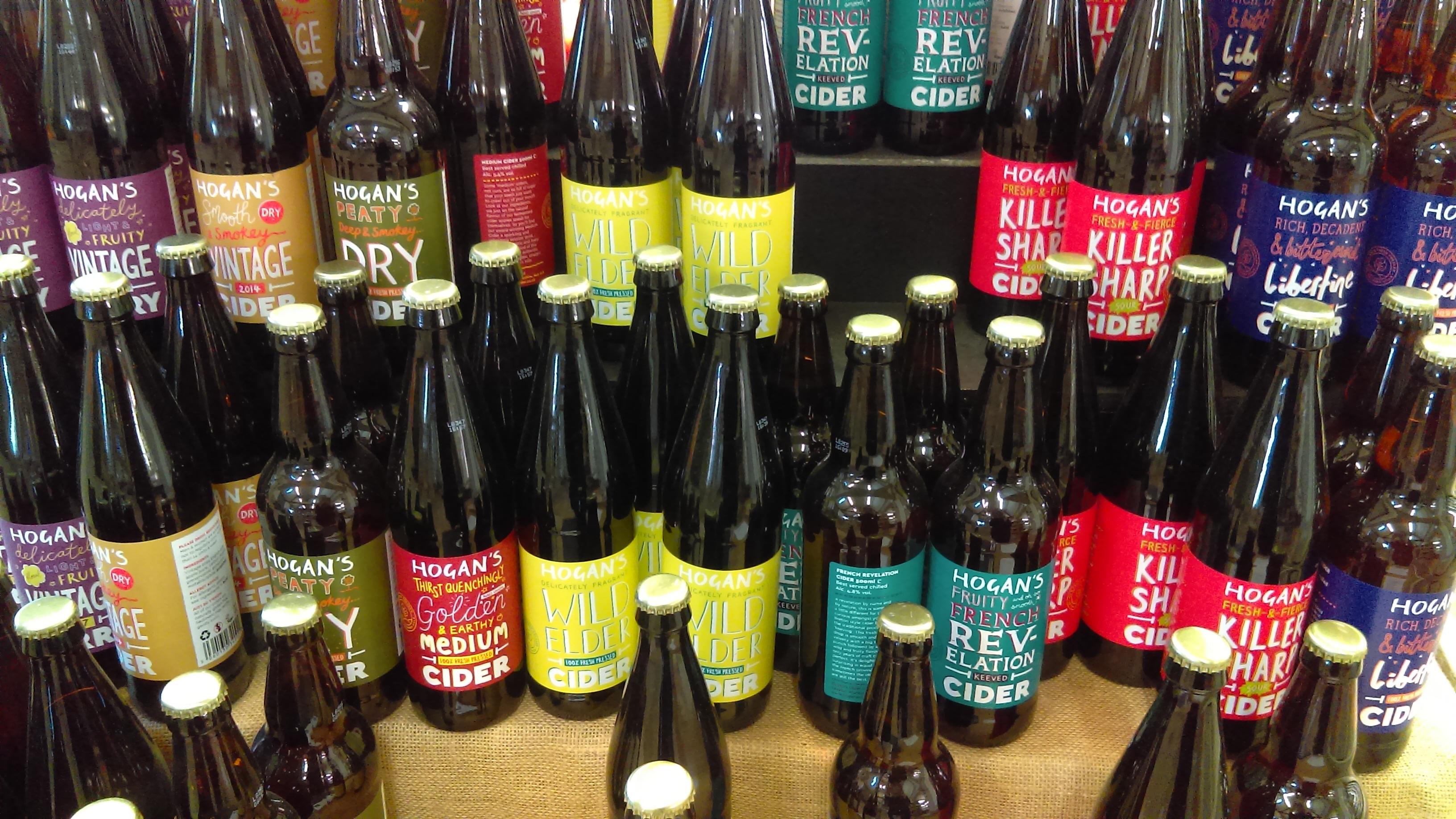 You’ll find a wide choice of places to eat and drink along the Vale of Evesham Blossom Trail.  In summer, I’d highly recommend picking up ingredients for a picnic and finding a riverside or countryside spot to enjoy your purchases.  The area is also renowned for asparagus, so if you visit in season, expect to enjoy the Vale of Evesham’s finest being served in many spots, whether with Hollandaise sauce or butter. 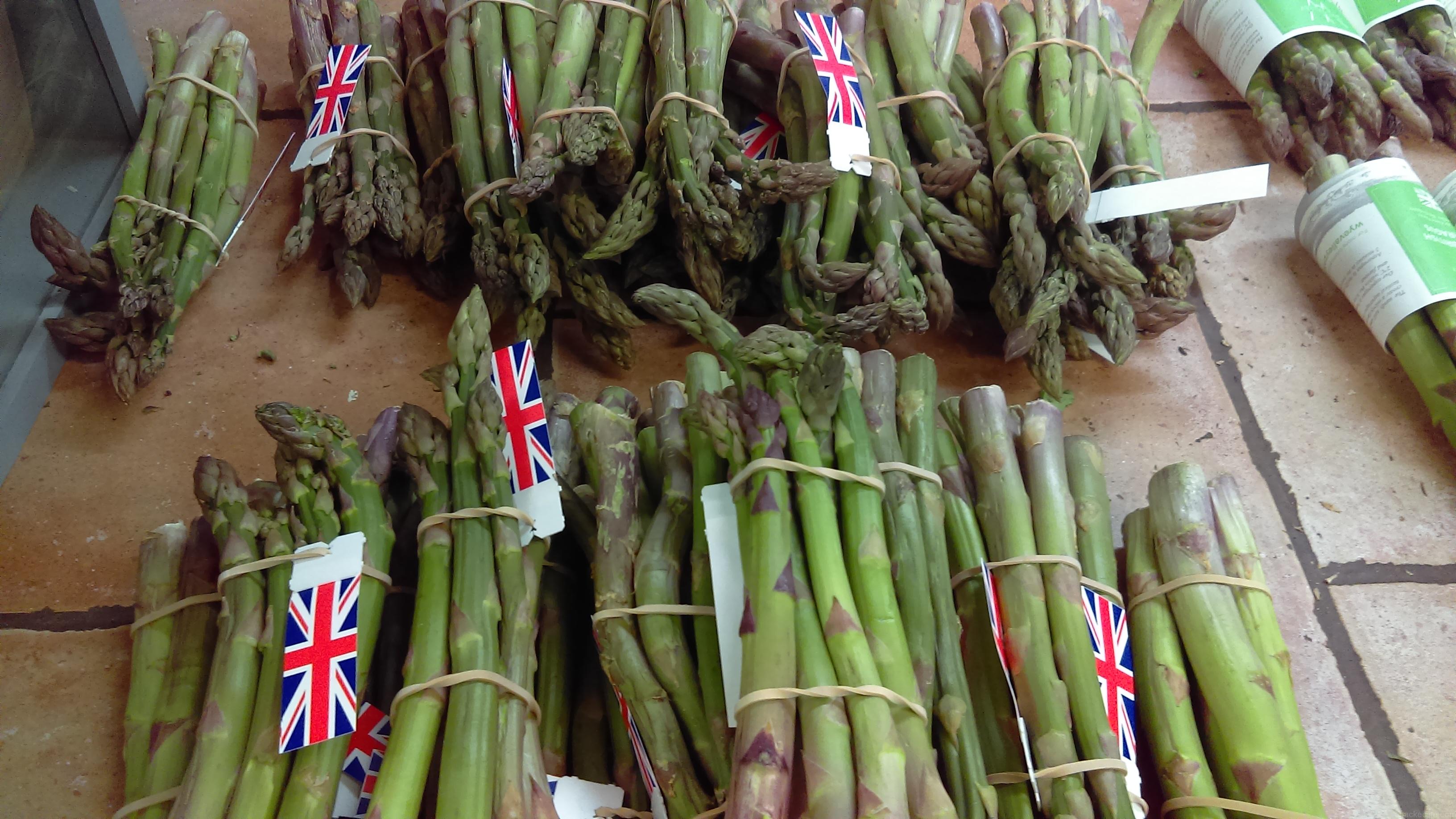 For treats to take home, I’d suggest local fruit juices from individual fruit varieties.  They are full of taste and taste so different from generic apple juice.  Chutneys, preserves and jams are also on the list, plus the fruits themselves.  There’s nothing quite so fine as taking the drive home, hands and faces slightly sticky from plums, and with a bag of empty pea pods nestling in the seat pocket.

More Things To Do Near the Vale Of Evesham 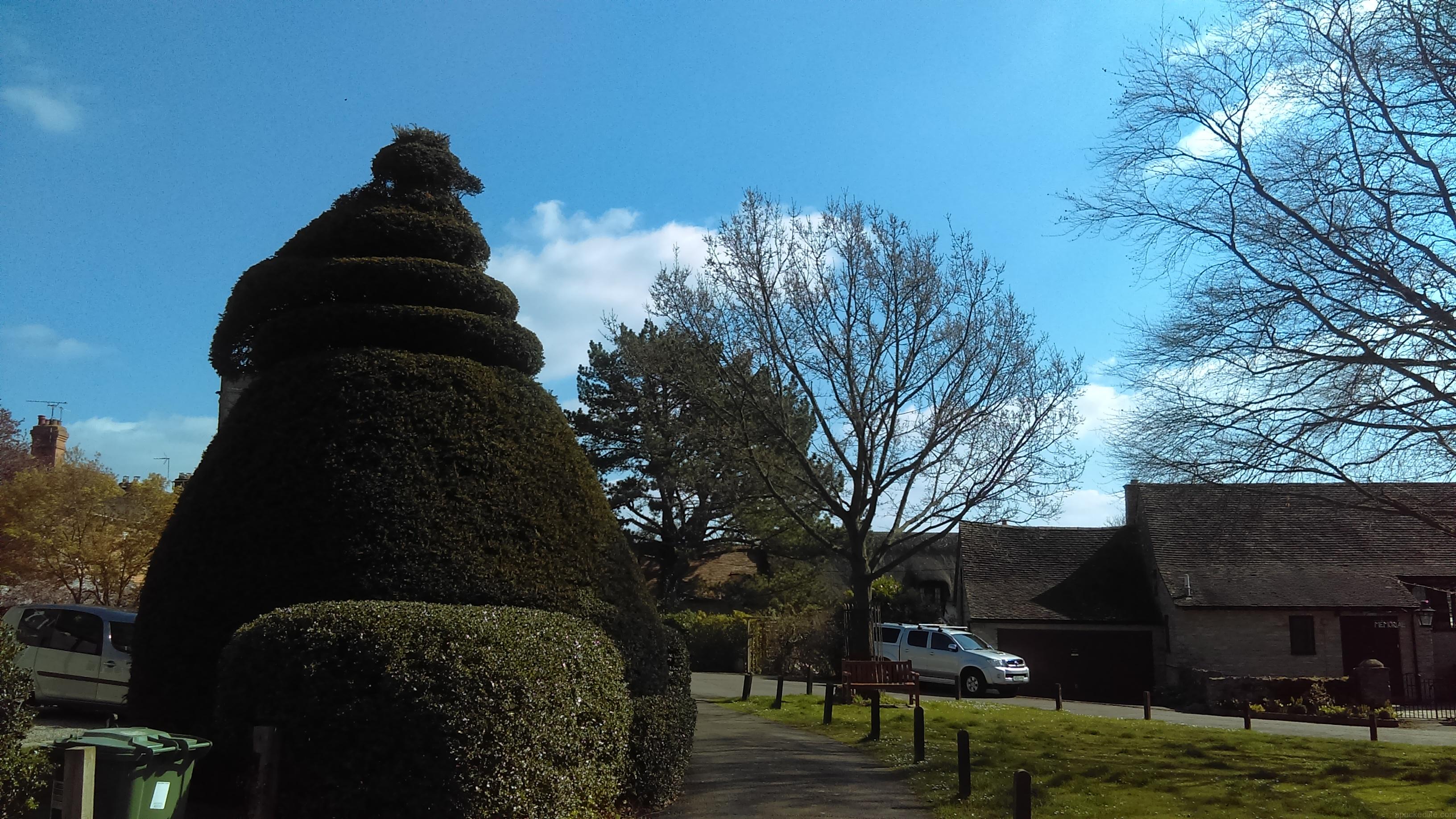 You’ll find plenty of things to do in Worcestershire, from that very English pastime of cricket to exploring the Malvern Hills and Elgar’s birthplace.  We didn’t struggle to find 24 things to do in 24 hours in Stratford-upon-Avon, while Warwickshire itself is packed with places to explore.  You could visit Royal Leamington Spa, England’s happiest town, or explore Coventry, the city of peace and reconciliation.  And if we’ve inspired you with tales of English produce, come and investigate traditional British food, including some very oddly named dishes. 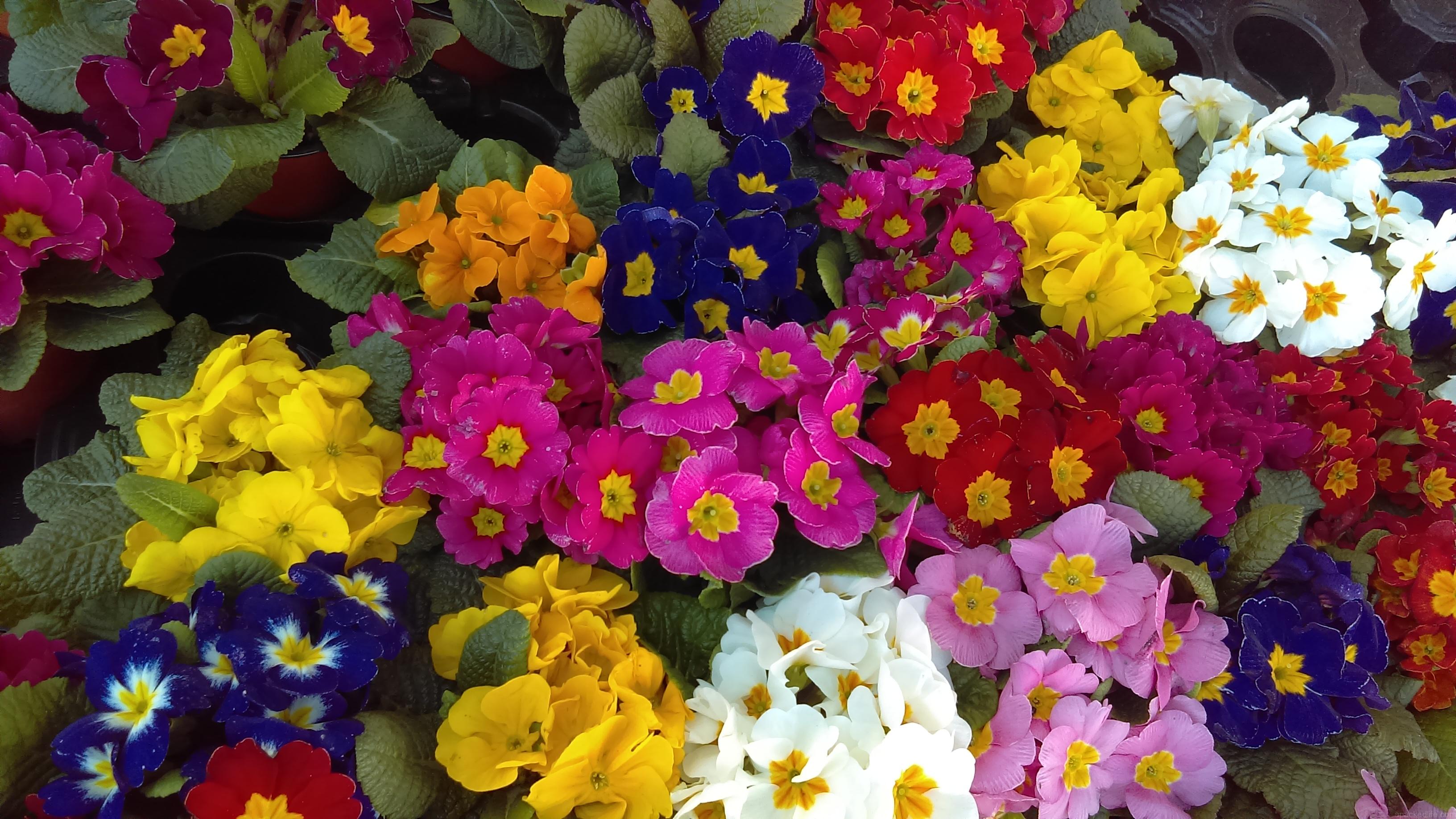 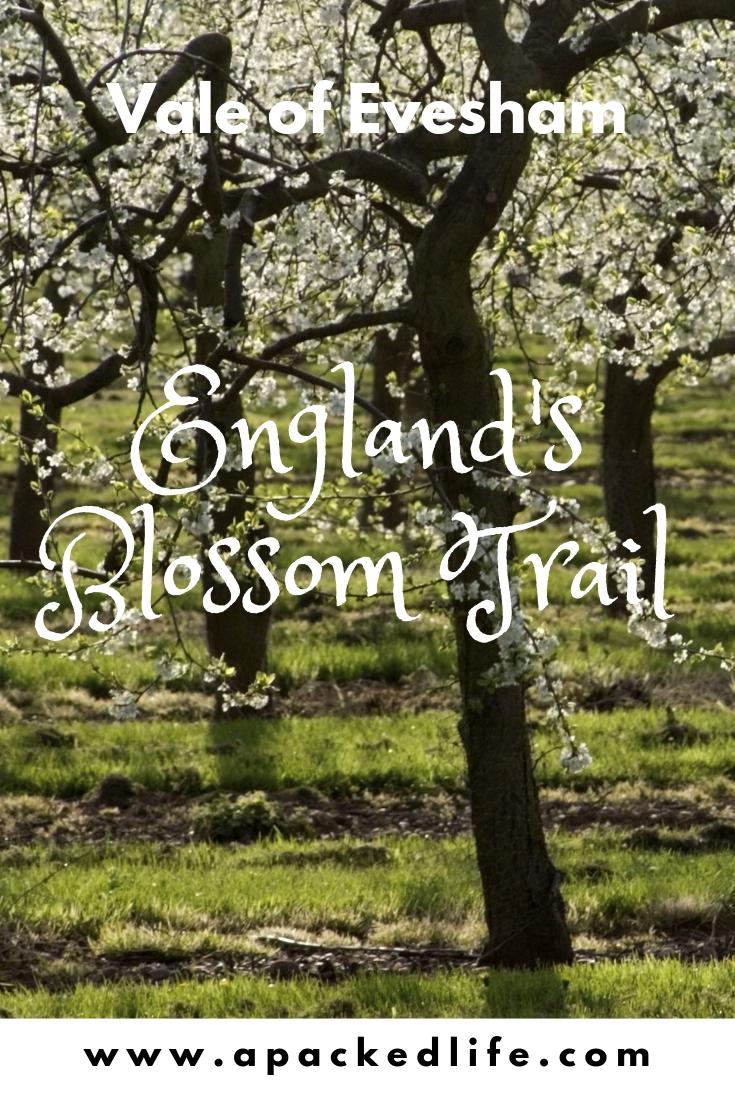 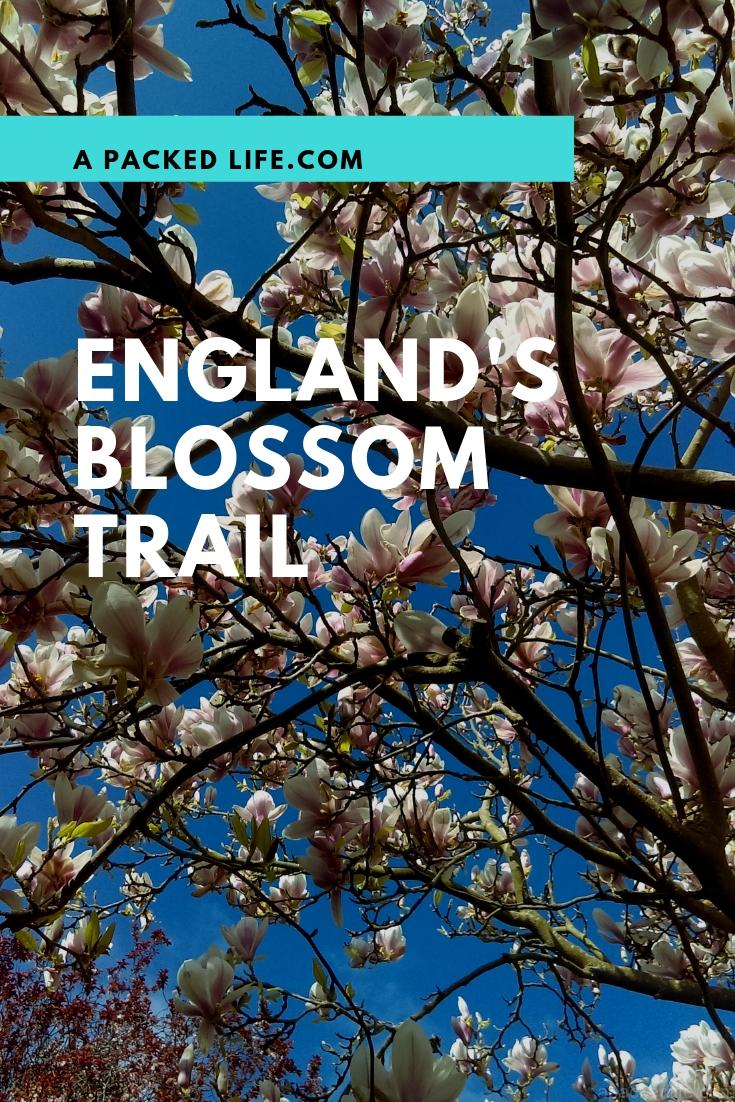