Devon’s a county in the south west of England, unique in having two coasts: the rugged Atlantic to the north and the more sheltered and sandy south coast.  Appledore sits on the estuary of the River Torridge to the north coastline.  With a population of just under 3,000 people, it packs a punch well above its weight in both charm and in things to do in Appledore.  The village has a rich history of shipbuilding and fishing, and is now home to an arty and literary community.  Here are some of its stories.

How To Get To Appledore 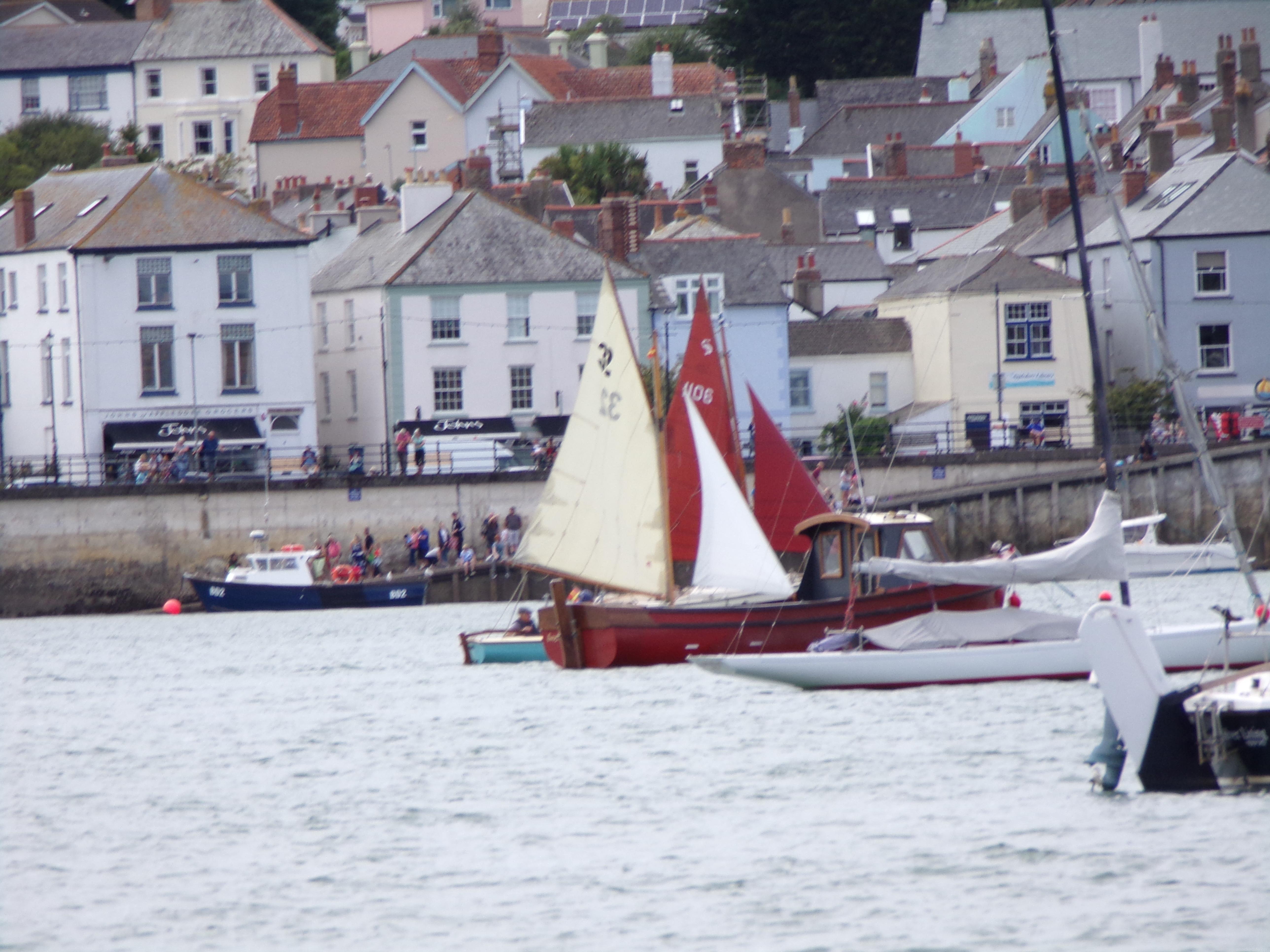 If you’re arriving by car, then you’ll need the M5 motorway to Bristol and beyond, taking the North Devon link road across to Barnstaple.  Follow the signs to Bideford, turning right towards the coast as you reach the town.  Appledore is just a few miles away.  If you’re using public transport, the rail line from Exeter will take you to Barnstaple.  Here you can pick up the frequent bus service, known as the North Devon Wave, which goes via Appledore to Bideford. 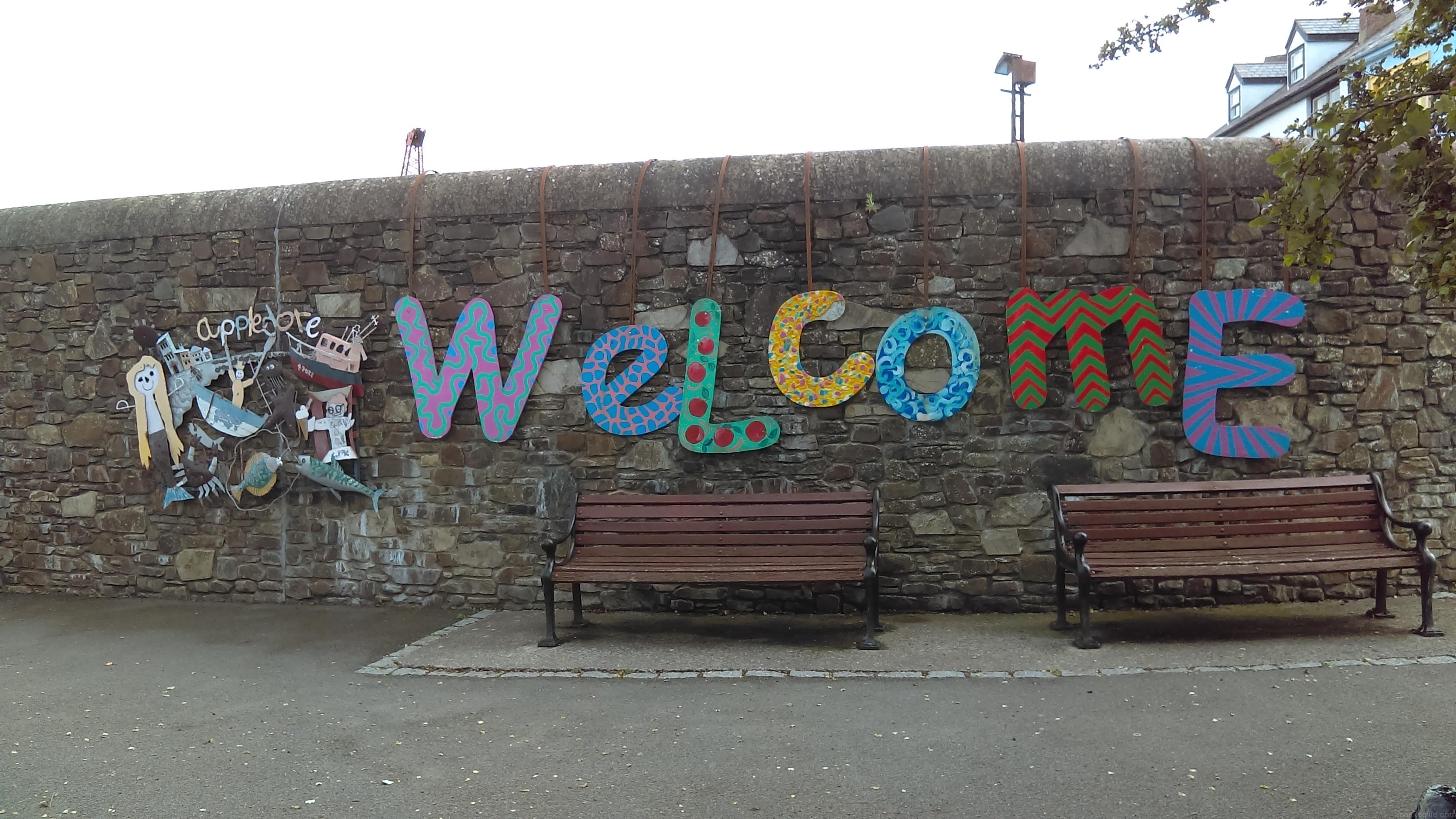 As you head down the hill into the village, you’re met with a charming sign that welcomes you to Appledore.  Full of small vignettes of Appledore life, this is a fine introduction to the village.  The next part of your walk takes you through the first part of Appledore’s maritime history.  To the right you’ll find the dock, then the Quay, often full of fishing boats unloading if you are out early enough.  As the road opens up to your left, you’ll see the full extent of the Quay.  As you walk along, you’ll begin to spot the brightly painted cottages set in narrow lanes.  Across the estuary is the sandy beach of Instow, complete with yachts in the harbour. 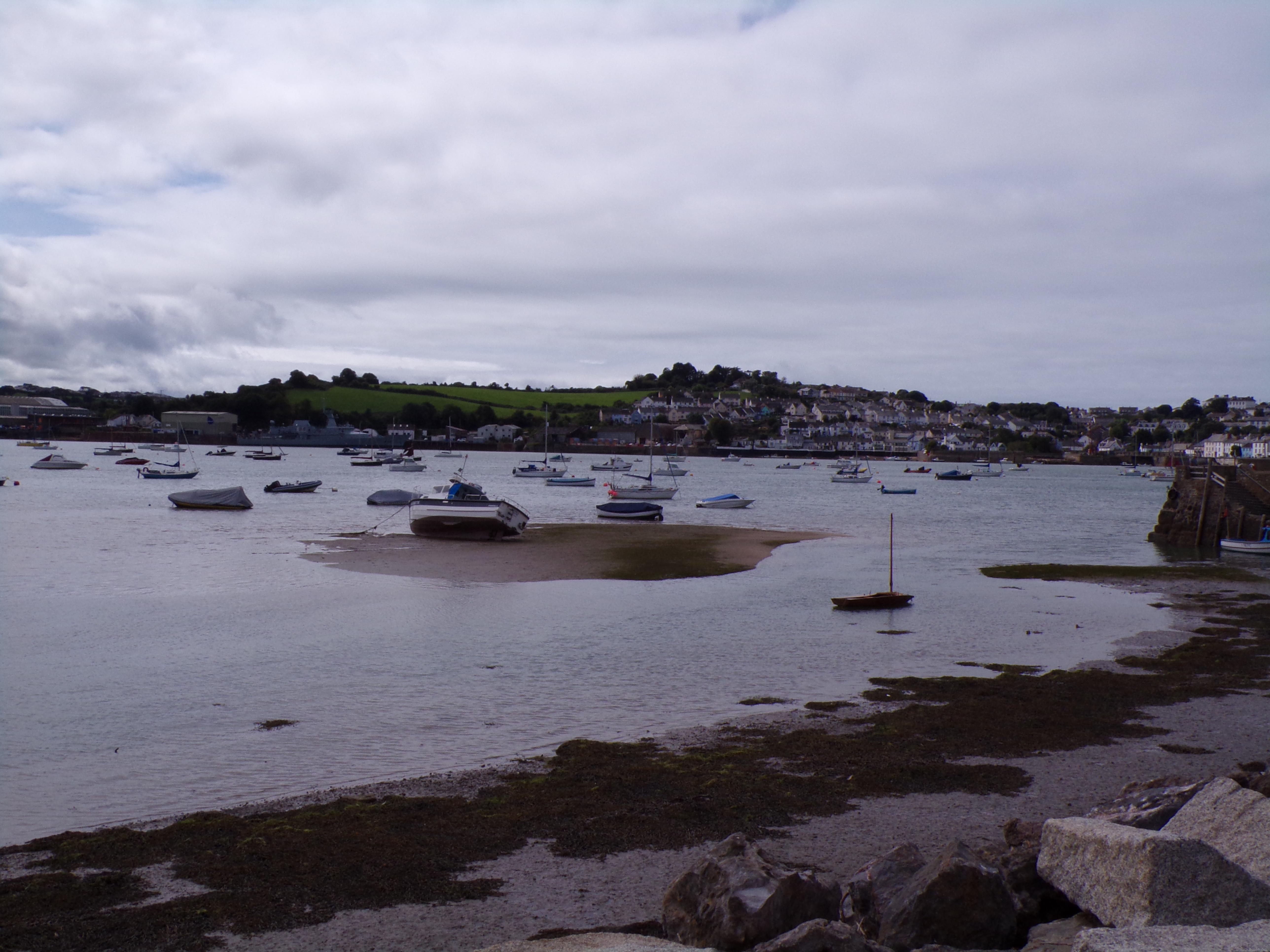 Planning a trip to Appledore?  Why not pin this for later. 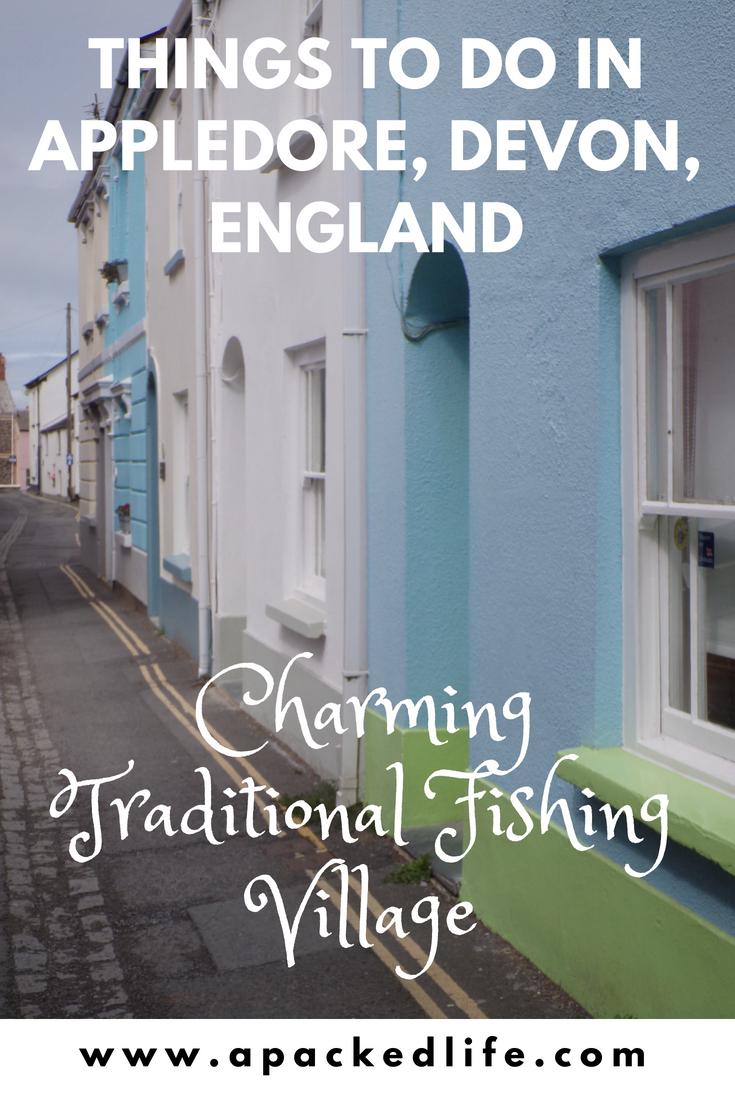 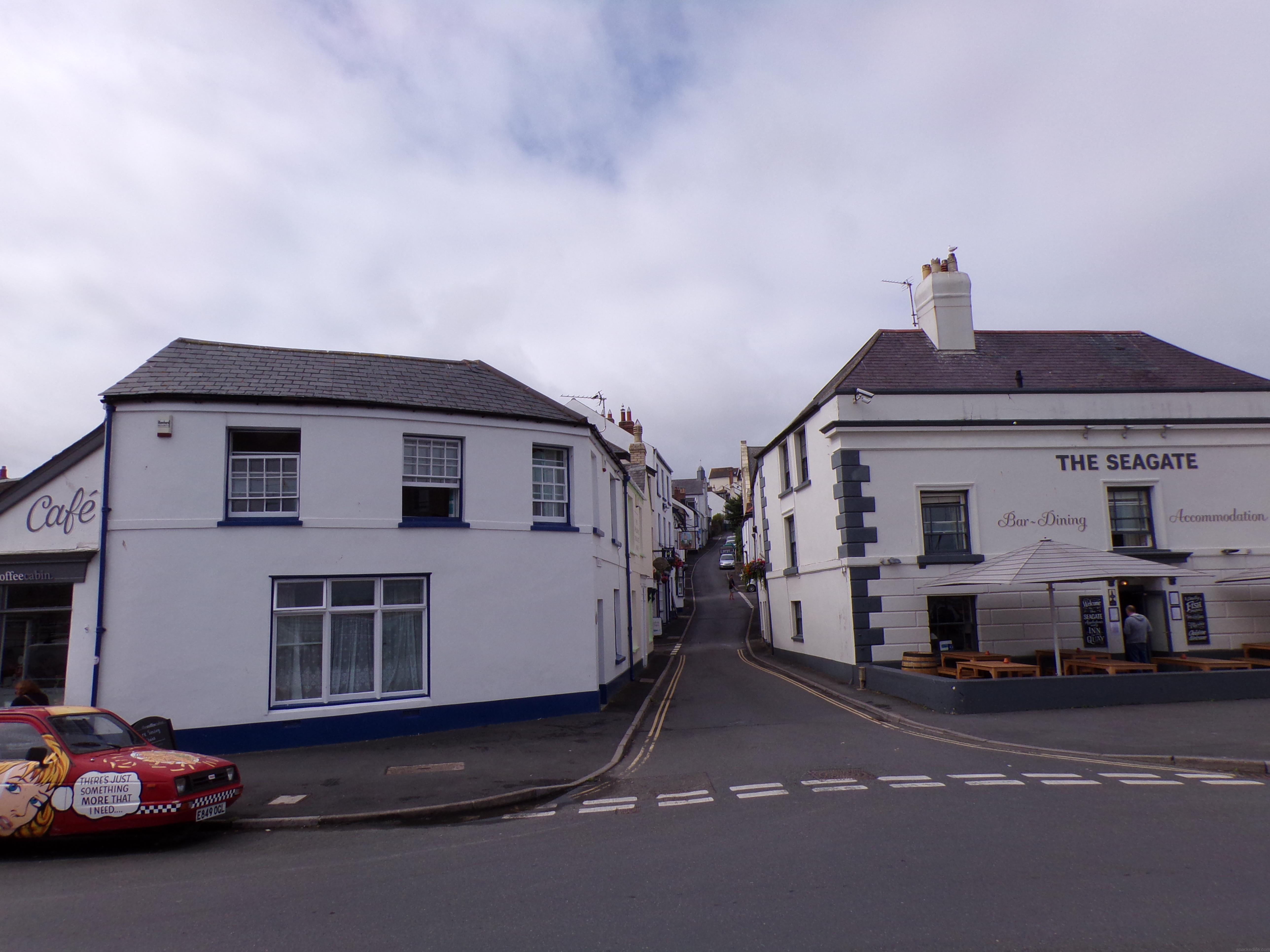 We’ve spent time here before, and found plenty to do, both in Appledore and the area beyond.  Most accommodation here is comprised of small cottages, with a sitting room and kitchen downstairs, a tiny bathroom and two bedrooms above.  Our favourite cottage to rent was situated on Irsha Street, its small backyard overlooking the estuary and the constant procession of marine activity.  I can tell you that there is little so satisfying as sitting down with fish and chips in that back courtyard, listening to the tide rustling the estuary walls some ten feet below you, and watching the yachts and small craft on the water.  Be aware that if you want to secure an estuary-facing cottage, you may need to book early.  There are understandably relatively few cottages on offer in this small village. 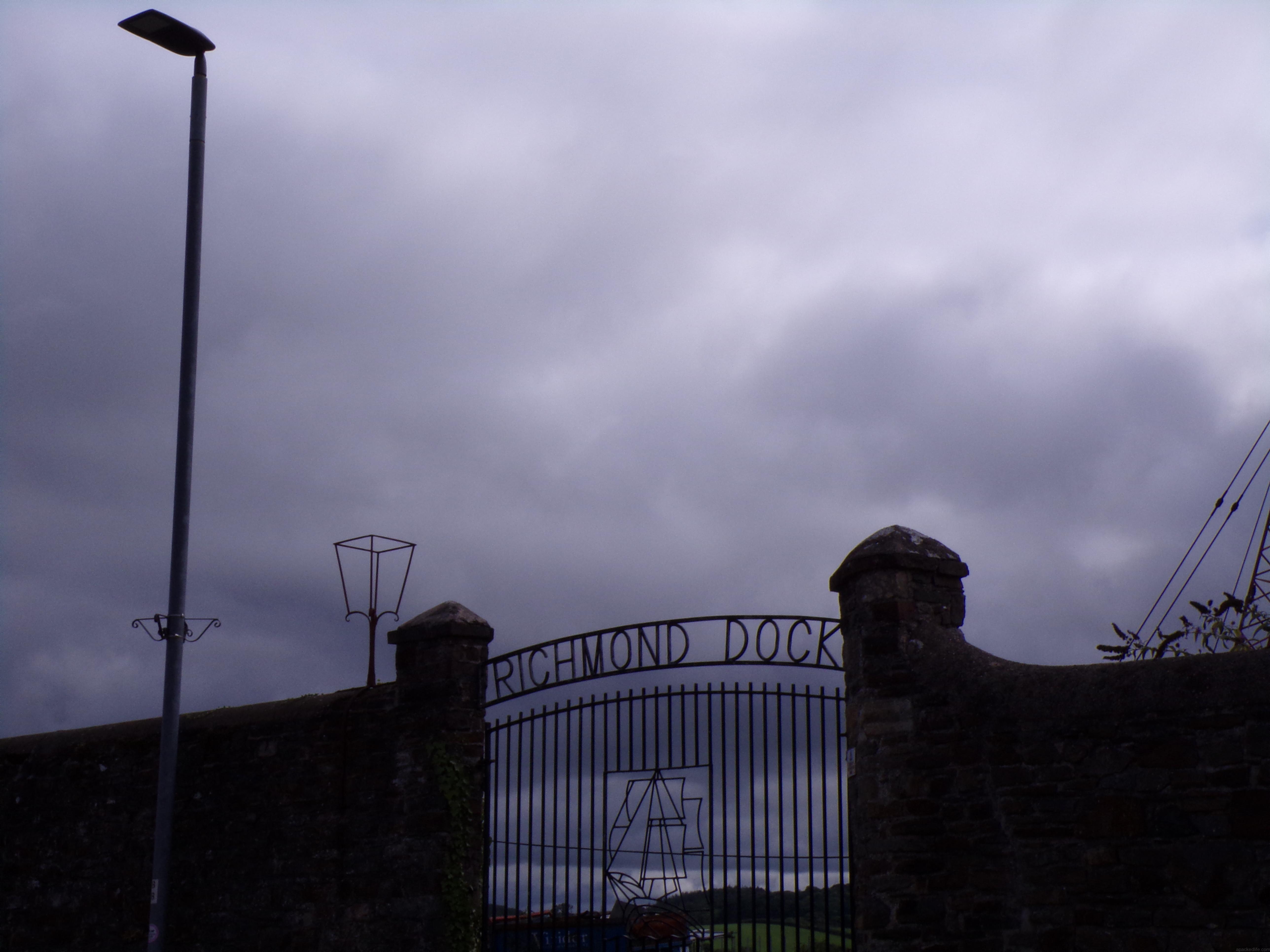 The old shipyard area of Appledore is really atmospheric.  Here were built schooners, ketches and barques – the very names sounding like sea shanties – ready to sail the Atlantic to America.  I took note of the names of the ships listed there; early names echoing the local towns and villages such as the Bideford and the Barnstaple.  Later craft took on more disparate names.  I saw mention of the Kate, the Water Lily, the Chorister. the Bamburgh and the Boy Billy. 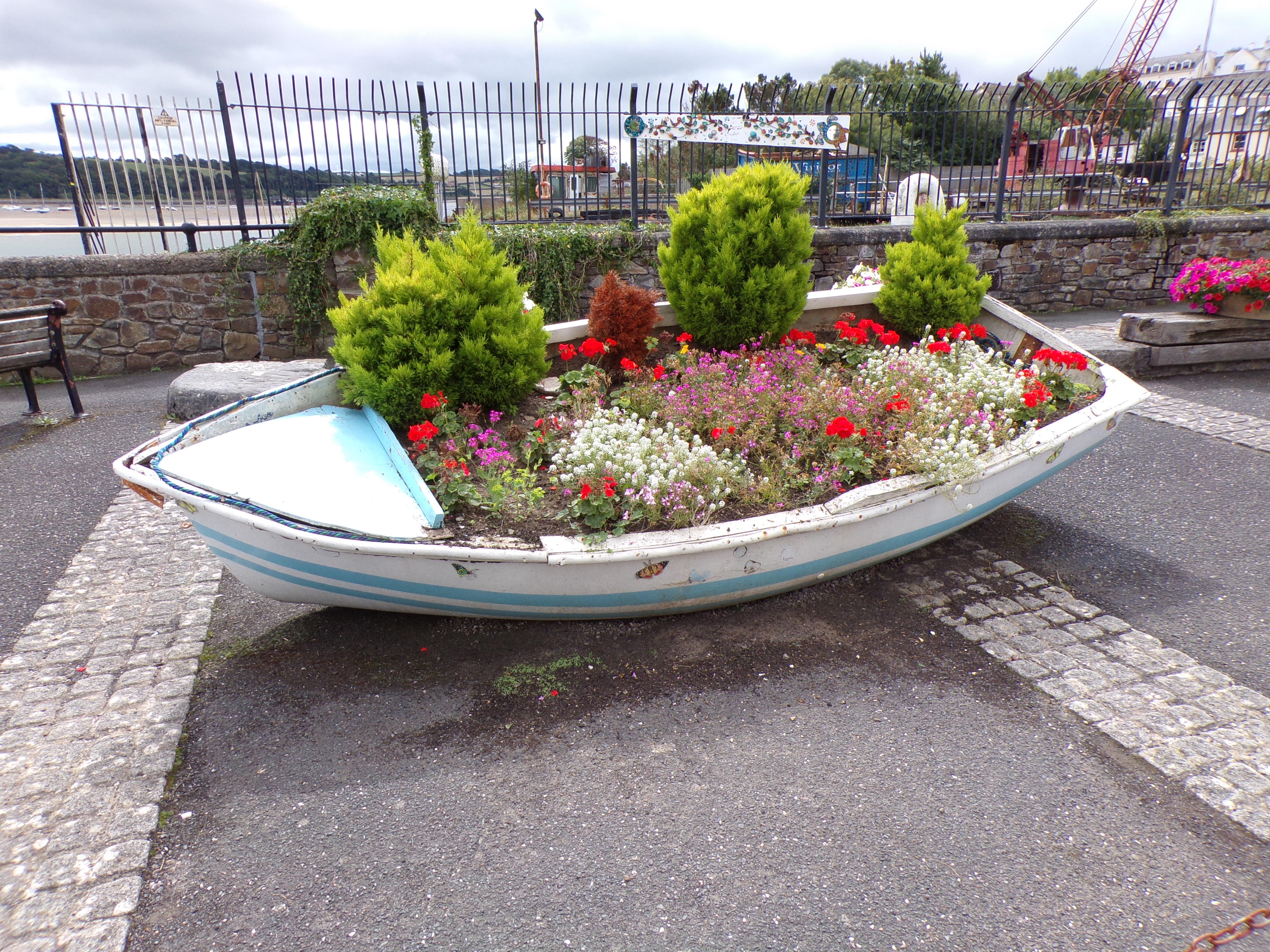 Across the road, you’ll find the North Devon Maritime Museum.  It’s small and perfectly formed.  Here you can learn more of Appledore’s seafaring history as a port.  Exhibits tell the story of the raid of the Viking Hubba the Dane in 878, tales of smugglers and pirates, fishing at nearby Clovelly and Bucks Mills and the role Appledore played in providing ships for military action.  I was surprised to learn that many migrants to Canada actually left from Appledore and Bideford, rather than the larger ports of Plymouth and Bristol.  You should note that there’s reputedly a ghost lurking in the outside Victorian toilet. 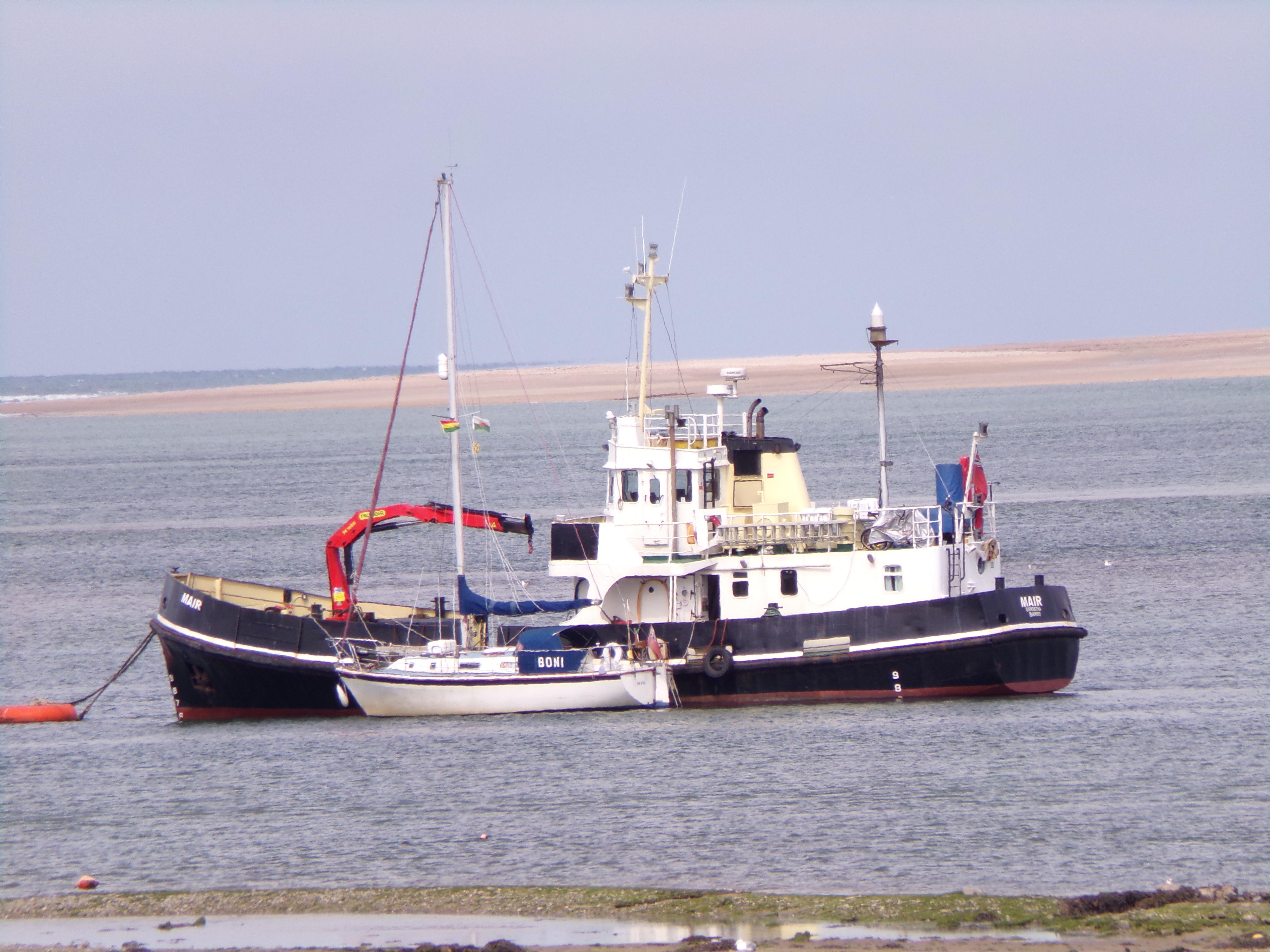 You’ll still see a lot of boating activity from the port of Appledore.  You’ll find boats moored at the Quay, and a collection of small craft on the slipway and tied up in the estuary at low tide.  Further offshore, you’ll see larger craft.  In the summer months, you can take the small ferry across the estuary to Instow, where you can see the yachts at play, while sitting on the beach polishing off a fine crab sandwich from Johns of Instow. 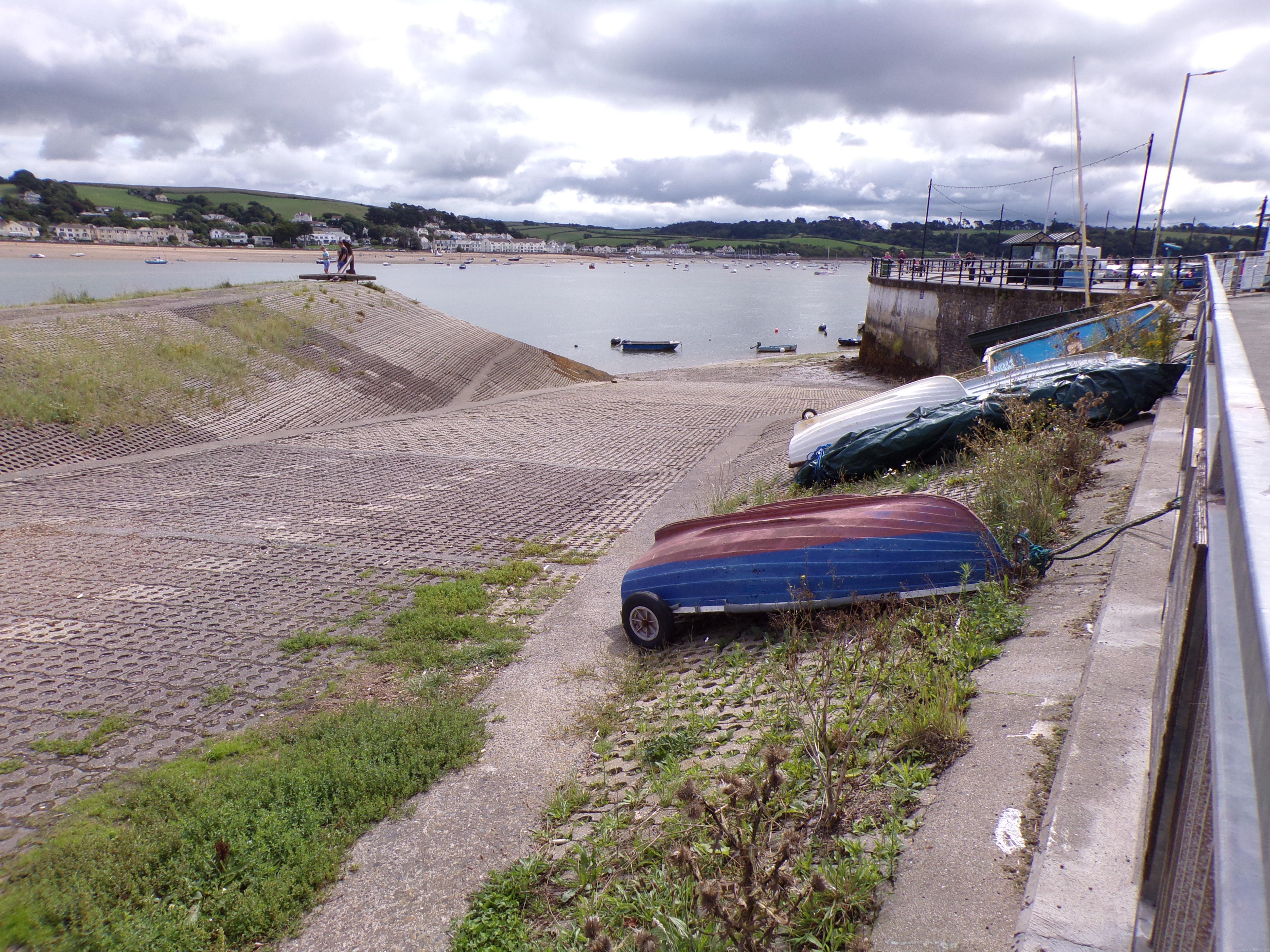 On the Quay at Appledore you’ll find plenty of invitations to run away to sea.  Whether it’s a fishing trip, a sailing to Lundy Island – surely one of the most unique day trips available – or a private charter voyage, there are opportunities to test out your sea legs.

The Ocean’s Bounty And Other Good Eats In Appledore 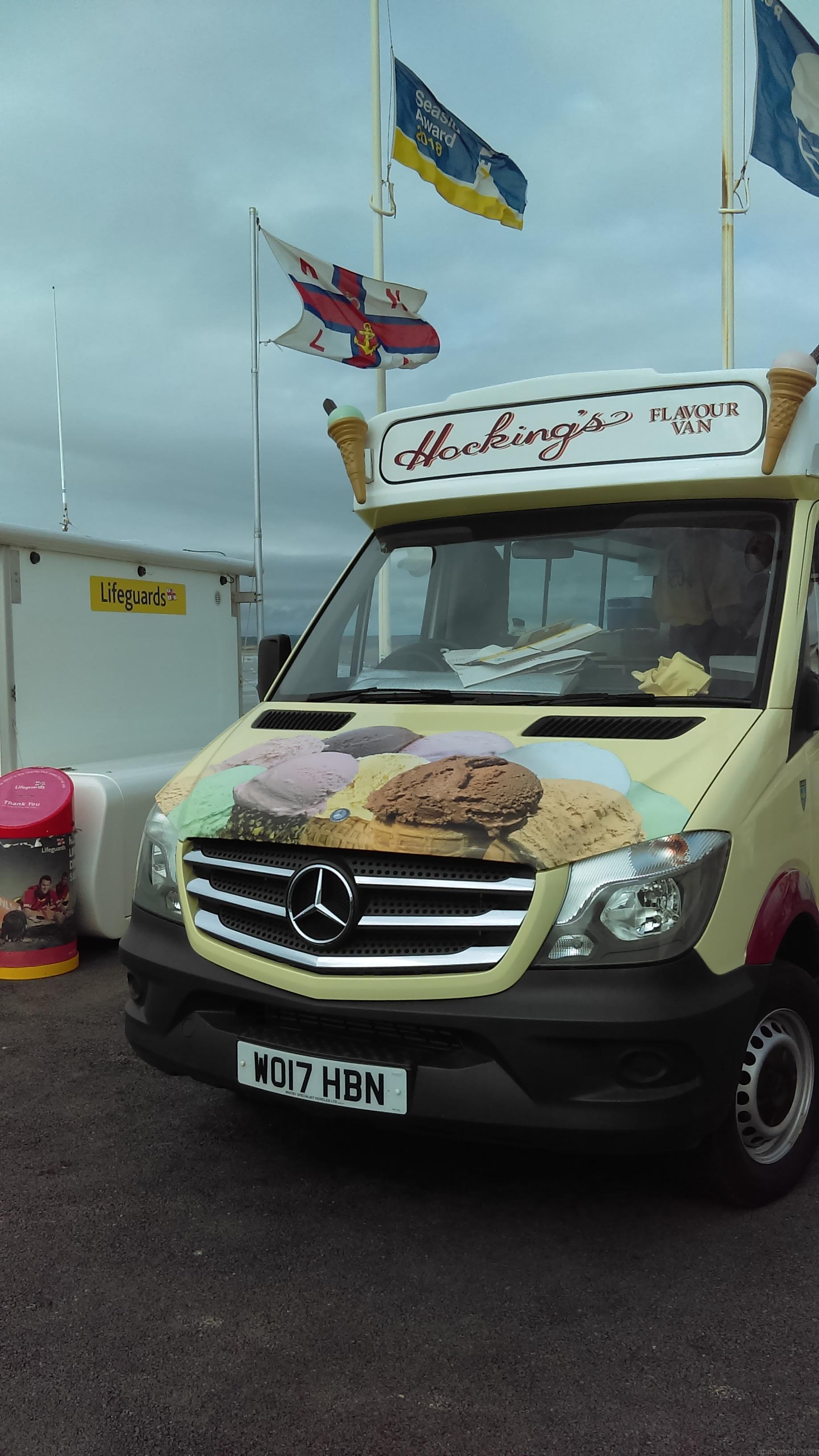 You won’t have to travel far to find good use made of sea produce in Appledore.  There are many opportunities to try out the fresh fish and seafood caught locally at the pubs, cafes and restaurants along the Quay and in Irsha Street.  Don’t forget the fine chip shop Sylvesters.  You might spot the quirky three wheeled car advertising its services parked on the Quay. 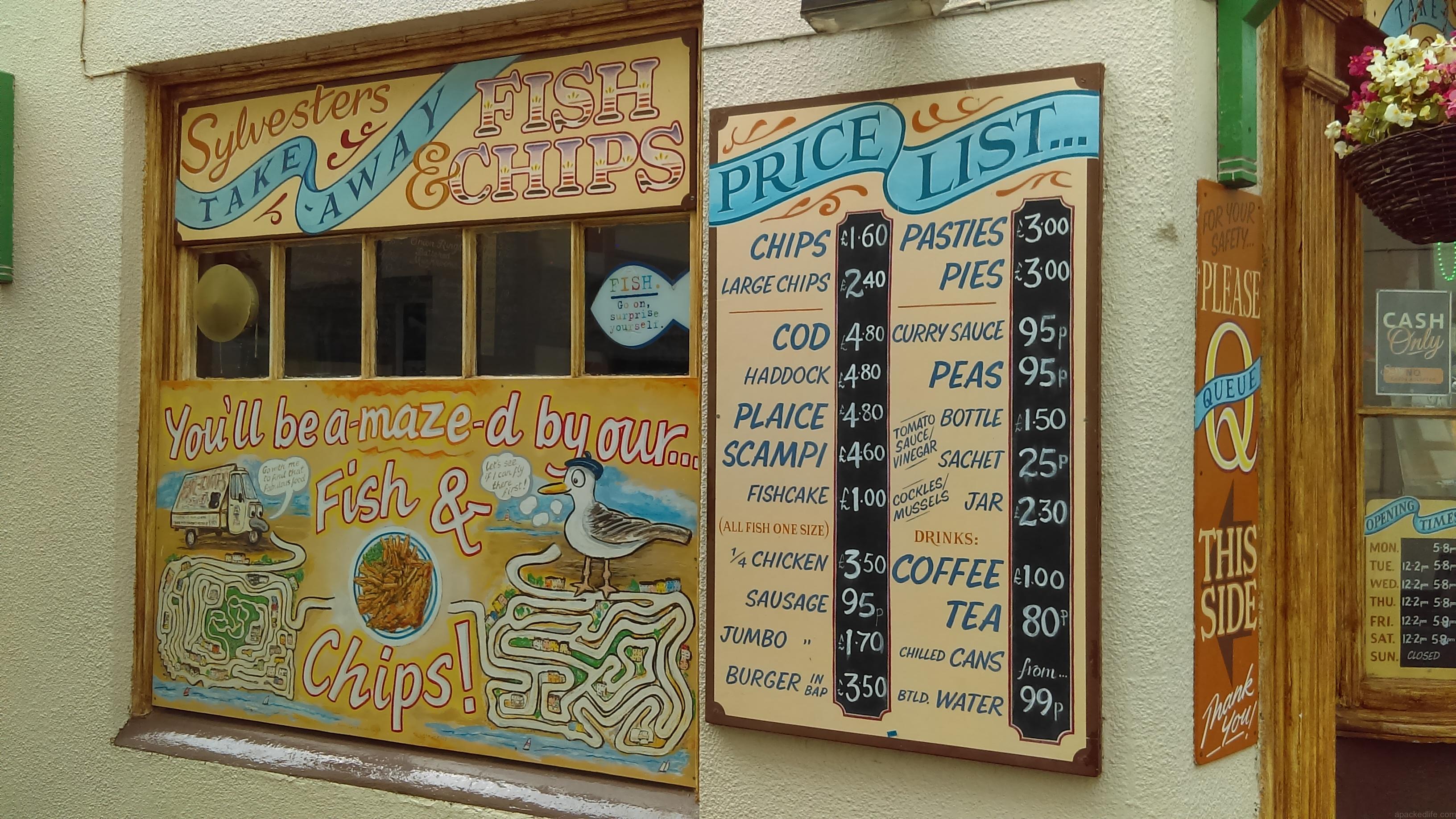 The local deli, Johns (of Appledore or Instow respectively) has a good range of salads, sandwiches and cakes, all great for a picnic somewhere along the estuary.  On the drive through Northam to Appledore, you’ll also find the organic farm shop to the left, stuffed with local produce, and with lots of choices for vegan and allergen-friendly goods. 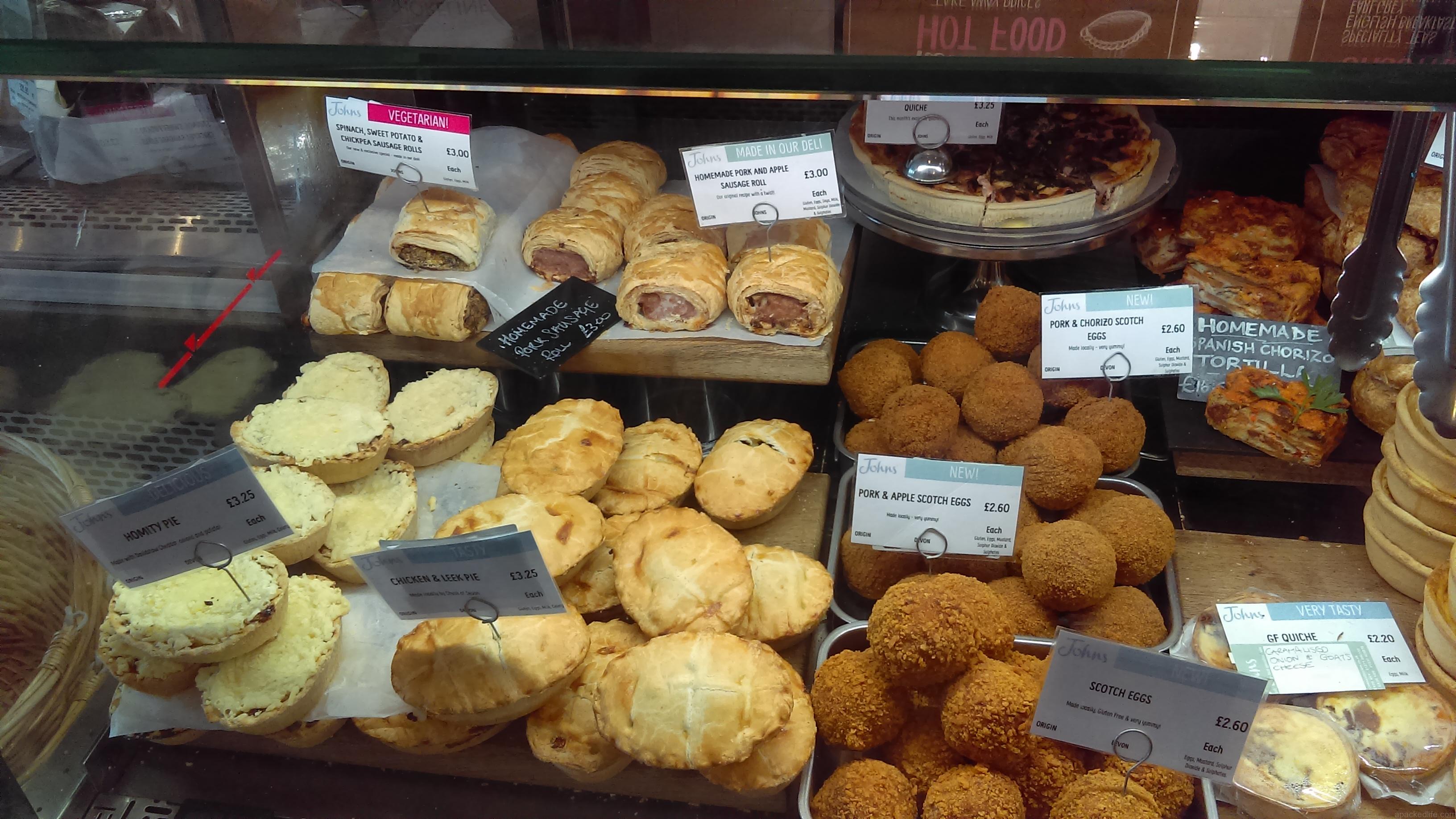 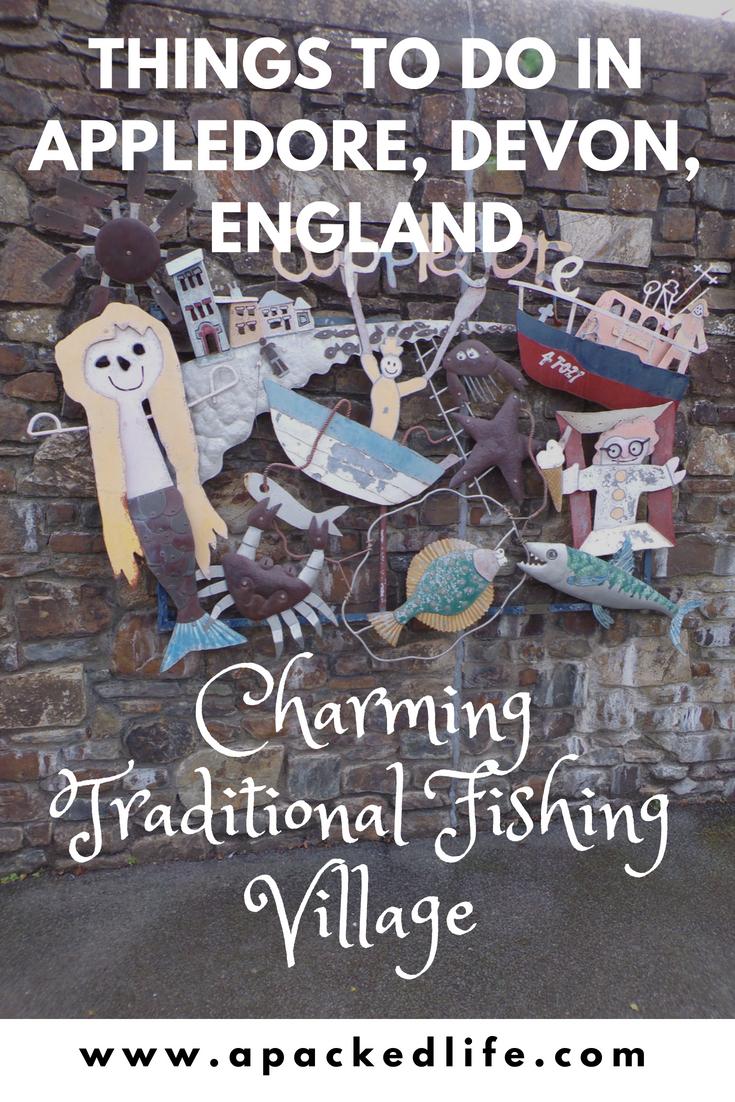 From walks to films and a BBQ, there’s a great deal to enjoy each year at the Book Festival.  The festival guide gives you the option to search for events by day or genre, so whether you’re there for the films, or on a specific day of the festival week, you can find out what’s available to see and do.  There’s even a ghost walk – already sold out this year – to take you through the tales of Appledore’s lanes and alleyways and to meet the curly-haired girl of Market Street. 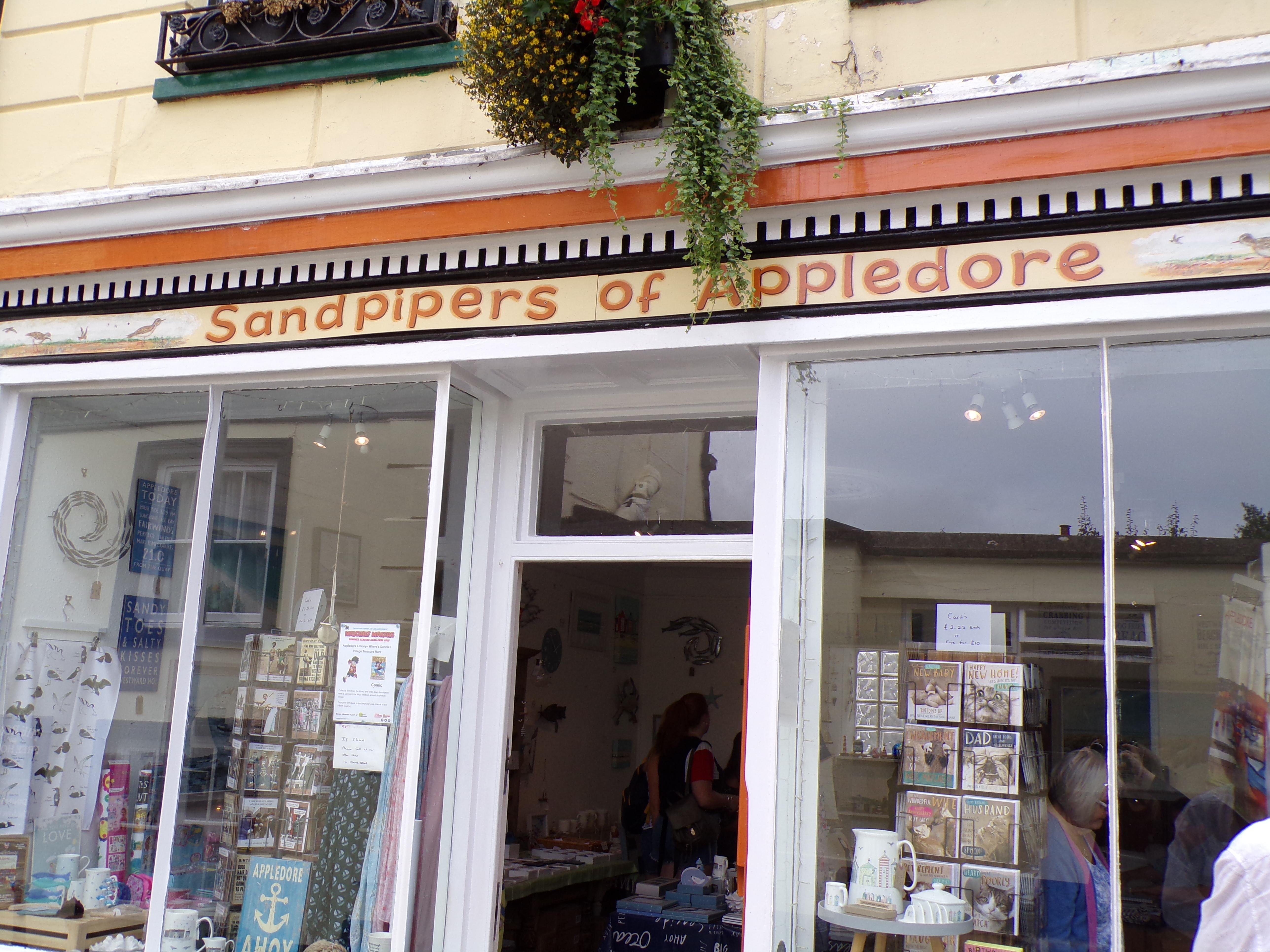 You won’t be short of choices for cultural delights in Appledore.  There’s an artists’ cooperative based at the Appledore Crafts Company, alongside other galleries in the village.

One of the things I love most in Appledore is investigating the door knockers, door signs and door hangings.  There’s a whole festival of maritime design happening right there.  Here you can see some of the most beautiful examples of door furniture I’ve ever encountered. 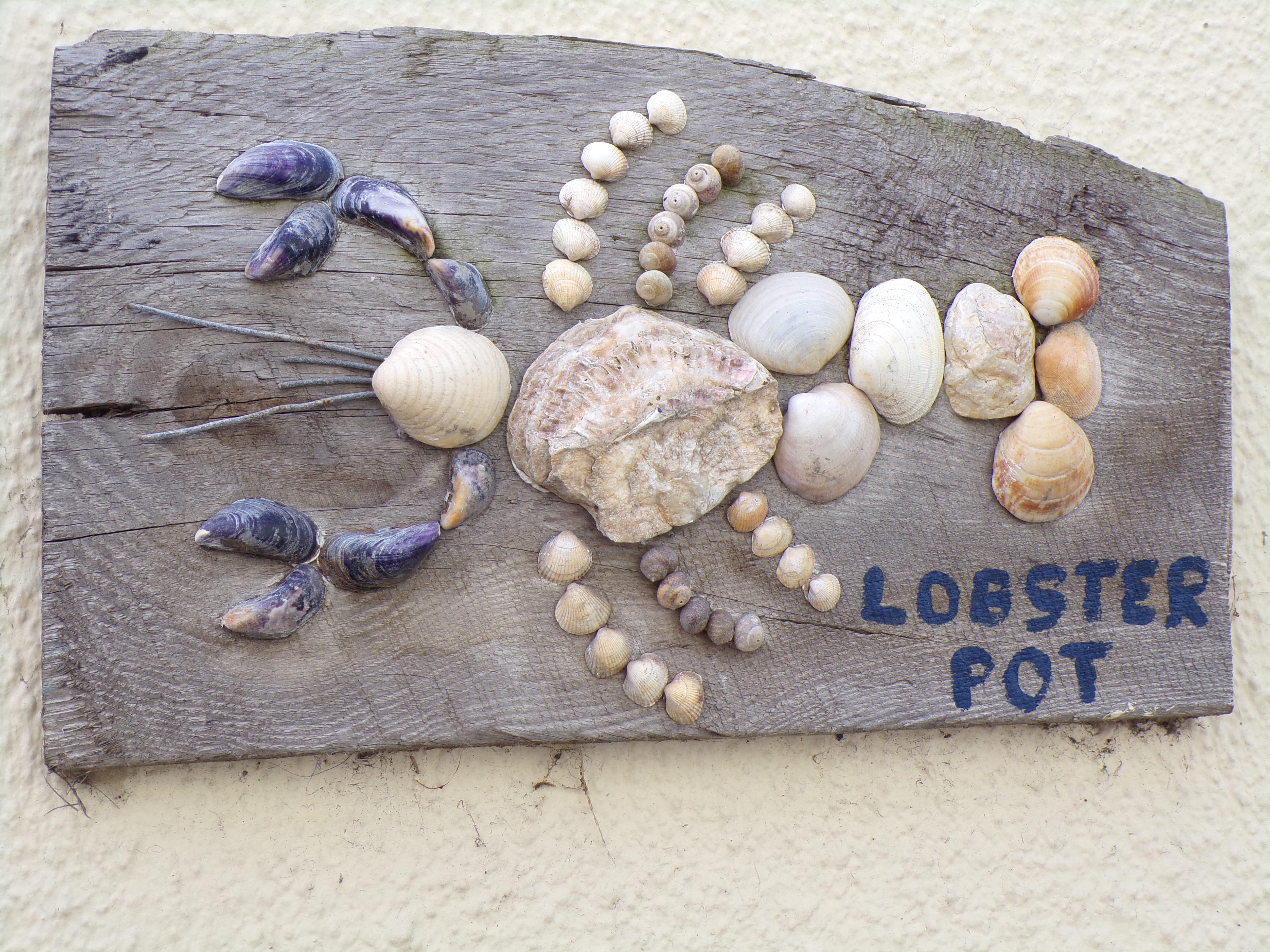 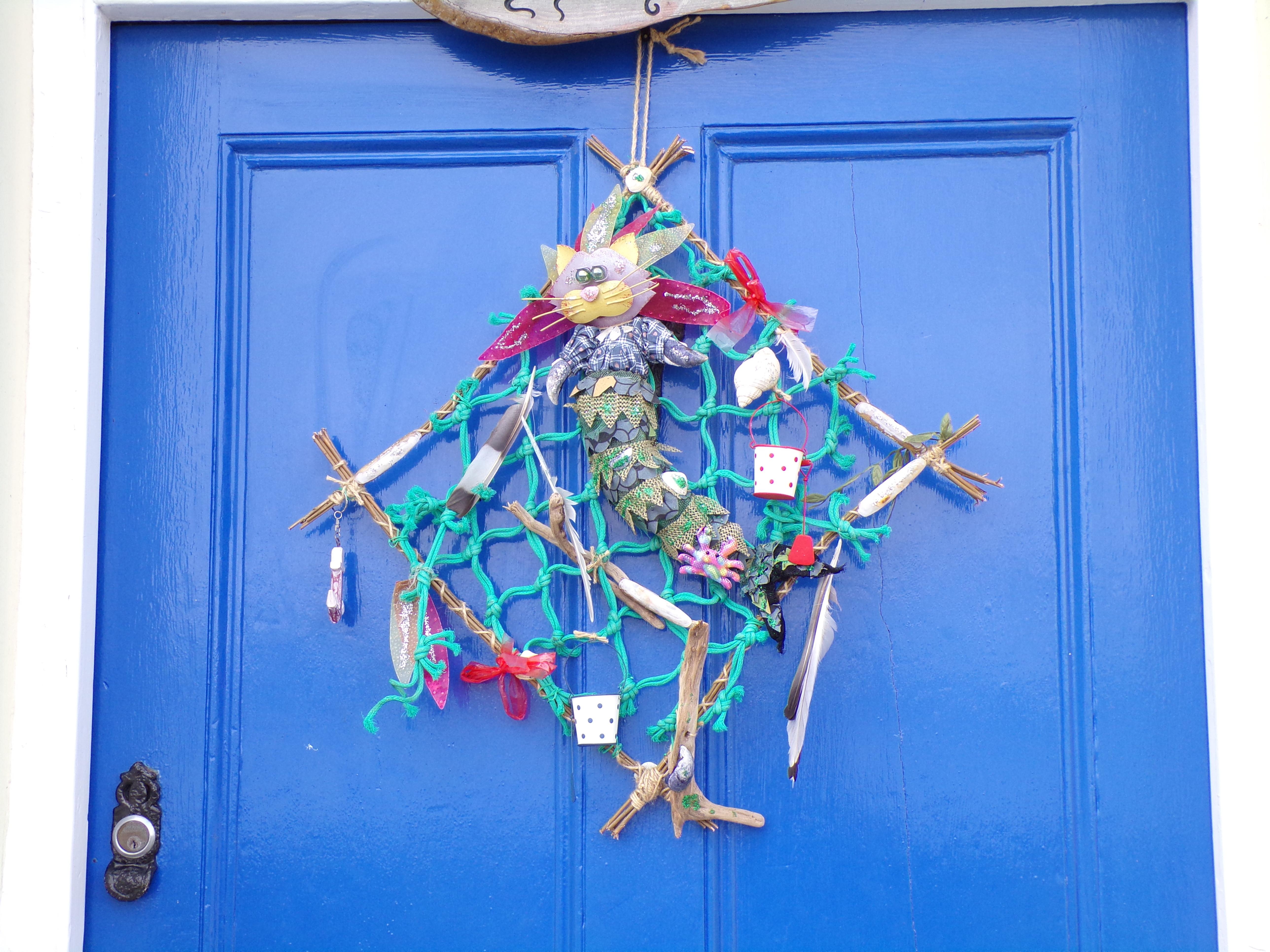 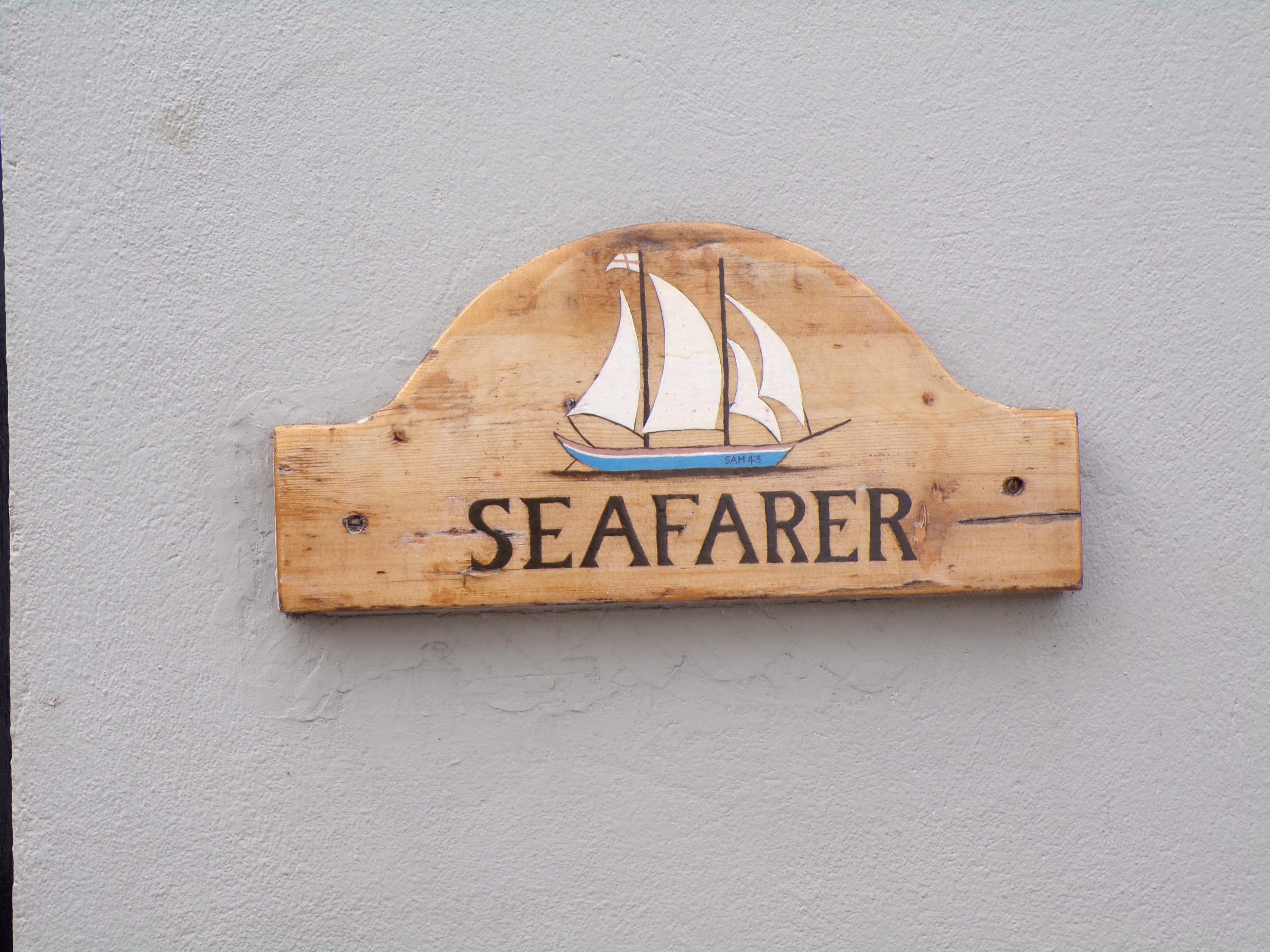 Things To Do Near Appledore

It’s not just Appledore that’s worth your time in Devon.  Head to Bideford or Ilfracombe, depending on the tides, where you can board the MS Oldenberg to visit Lundy Island, 12 miles off the coast.  Lundy is Norse for puffin, and you’ll find them there, along with ponies, sheep, deer and a whole host of wildlife. 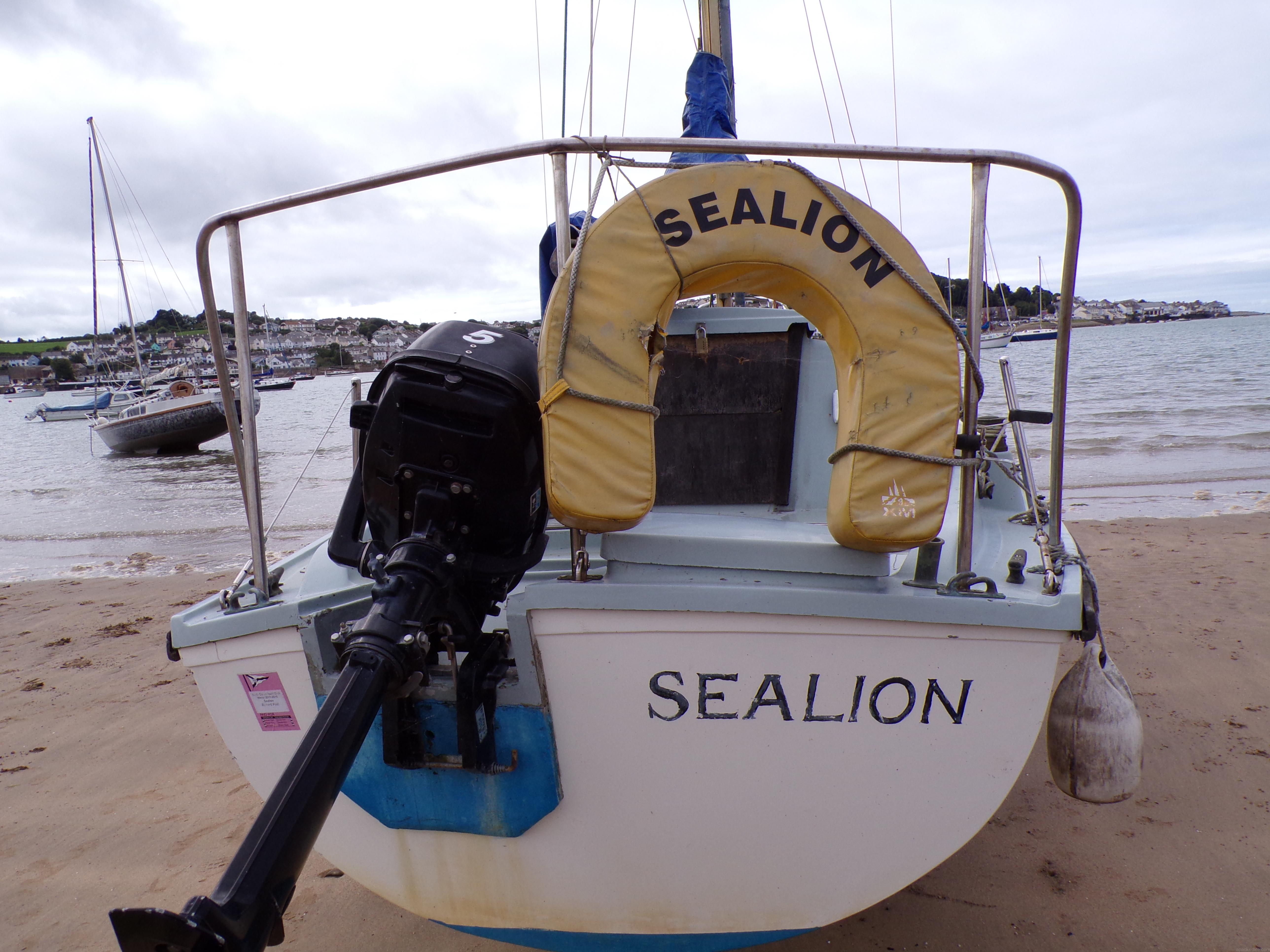 Across the estuary from Appledore you’ll find the long sandy beach of Instow, surely one of the best walks you’ll enjoy while watching yachts race on the roaring tide.  On the Instow side, you’ll find Braunton, with its fine selection of arty shopping and the renowned Squires fish restaurant for your something and chips needs.  You can also eat at the beautifully named Wild Thyme for allergen-friendly comfort food. 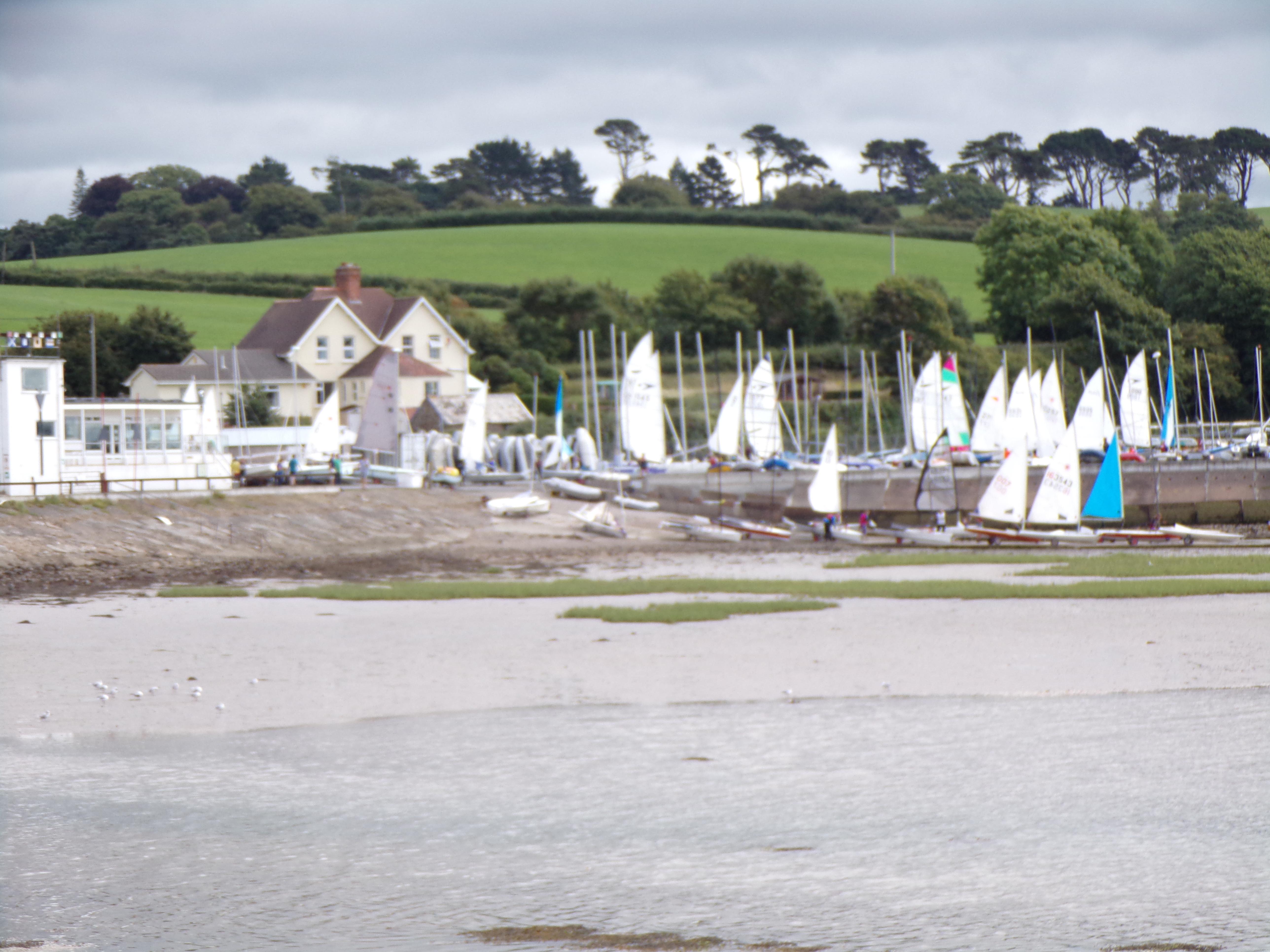 Further along the coast from Braunton, you’ll find Saunton Sands, the source of my sea fever for many years.  Rent a beach hut here, go bodyboarding and make friends with the local dogs at low tide.  The next bay along is Croyde, renowned for surfing.  And there is plenty more to explore in Devon, full of beautiful coasts and moors, or neighbouring Cornwall, home to myths and legends.

If you enjoyed this post, why not pin it for later? 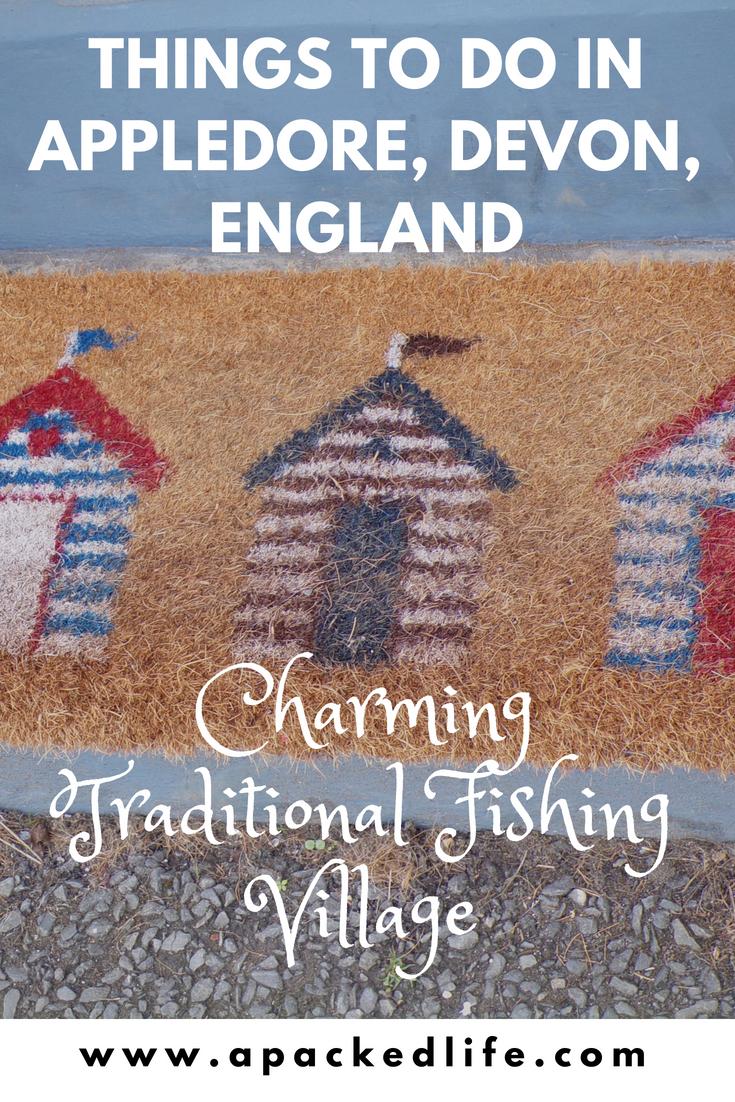 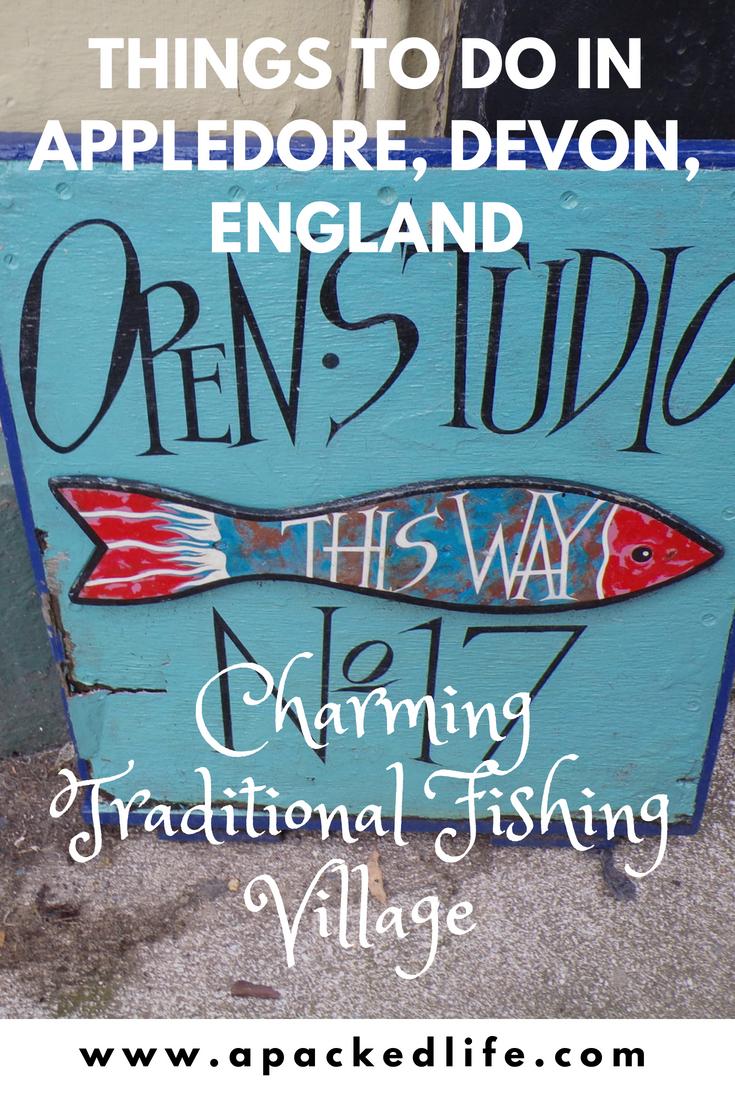 10 thoughts on “Things To Do In Arty Appledore: Historic Devon Fishing Village”