The UK is full of interesting cities perfect for a city break holiday.  Whether you want to catch the urban buzz or enjoy a surprising amount of chill in the city, we’ve got options to suit all tastes and pockets.  From coastal charm to historic wanderings, we’ve got you covered. We’ve collected some old favourites and new experiences to give you our top 10 UK city breaks.

Ready for a city break?  Why not pin this for later! 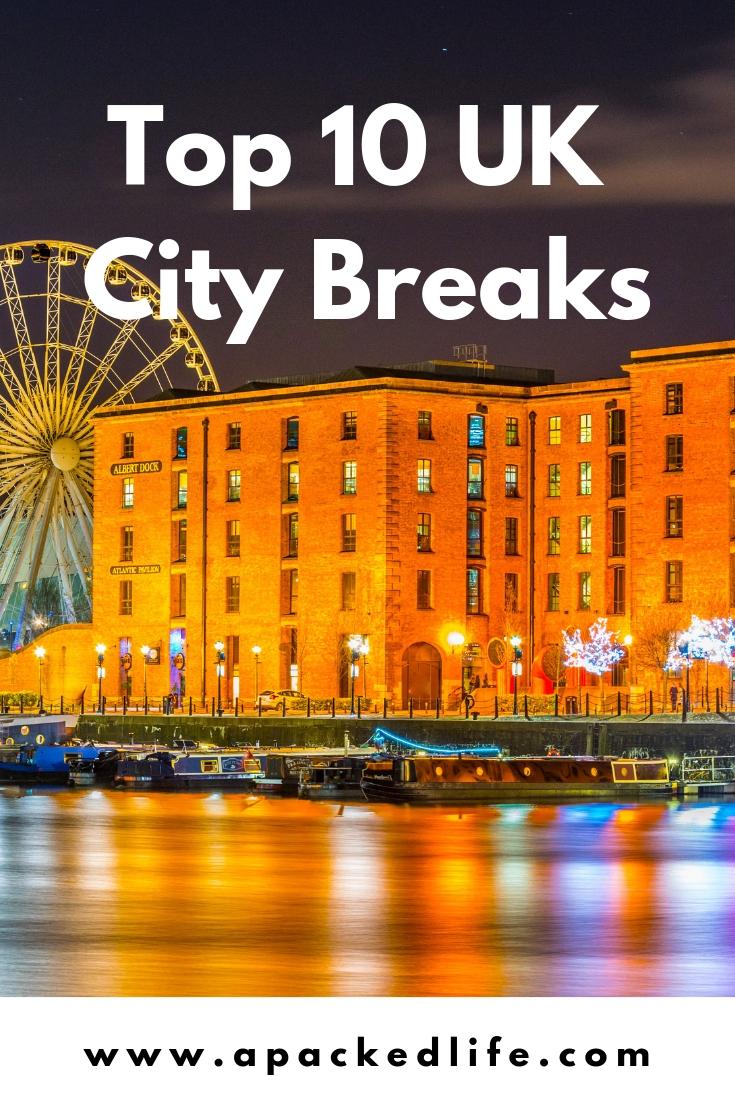 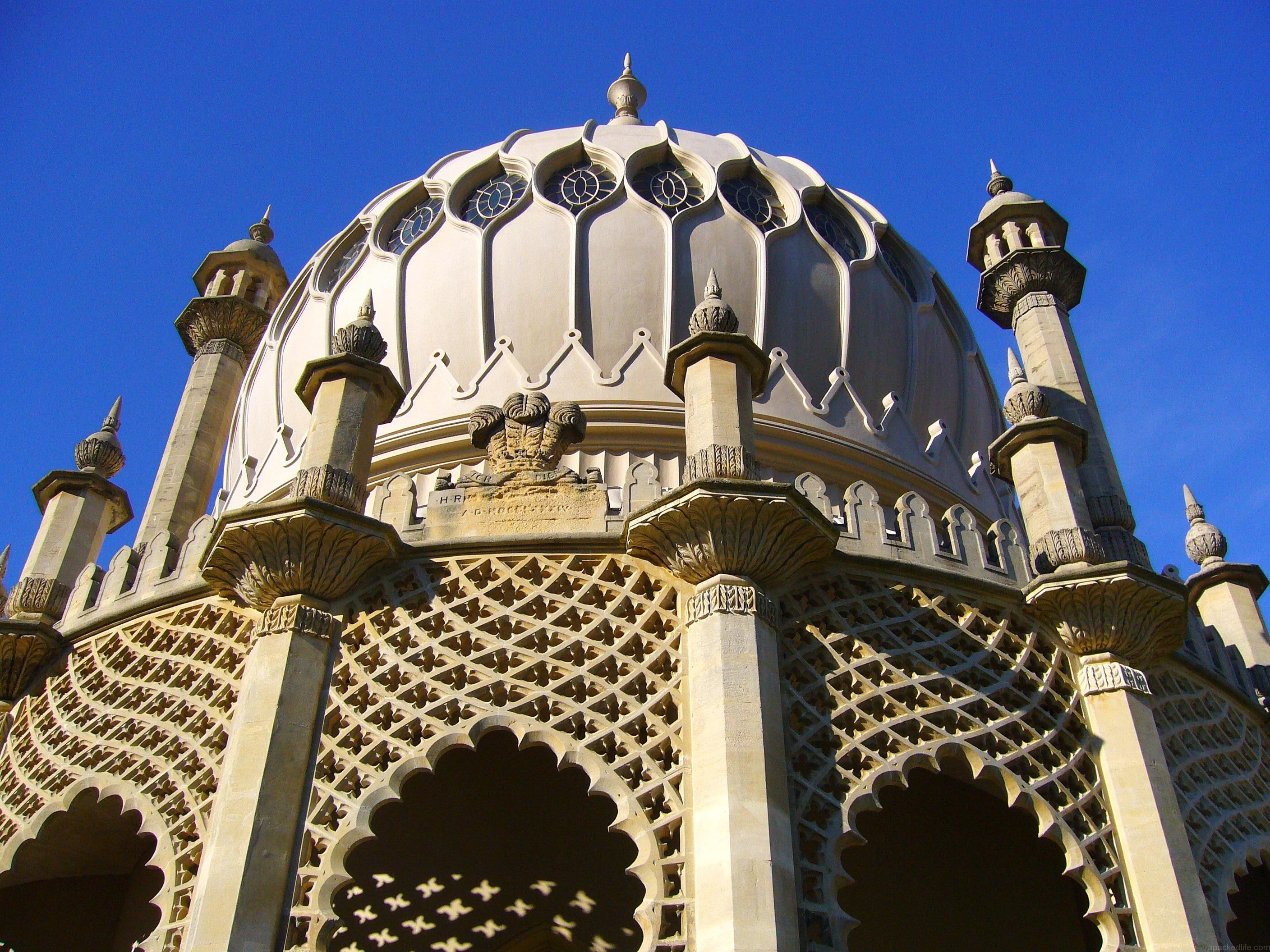 It’s difficult not to find something to love about Brighton.  Whether you’re looking for a wild rampage through seaside attractions or a more contemplative look at its Regency beauty (and why not do both?), there’s so much to enjoy at the coast here.  Close enough to London to day trip if you wish, that would still give you time to experience the charms of its legendary pier (with its ghostly neighbour the West Pier), visit the Royal Pavilion, sample some delicious veggie and vegan cuisine and lose yourself in the Lanes and North Laine.

Read more: Best Things To Do In Brighton 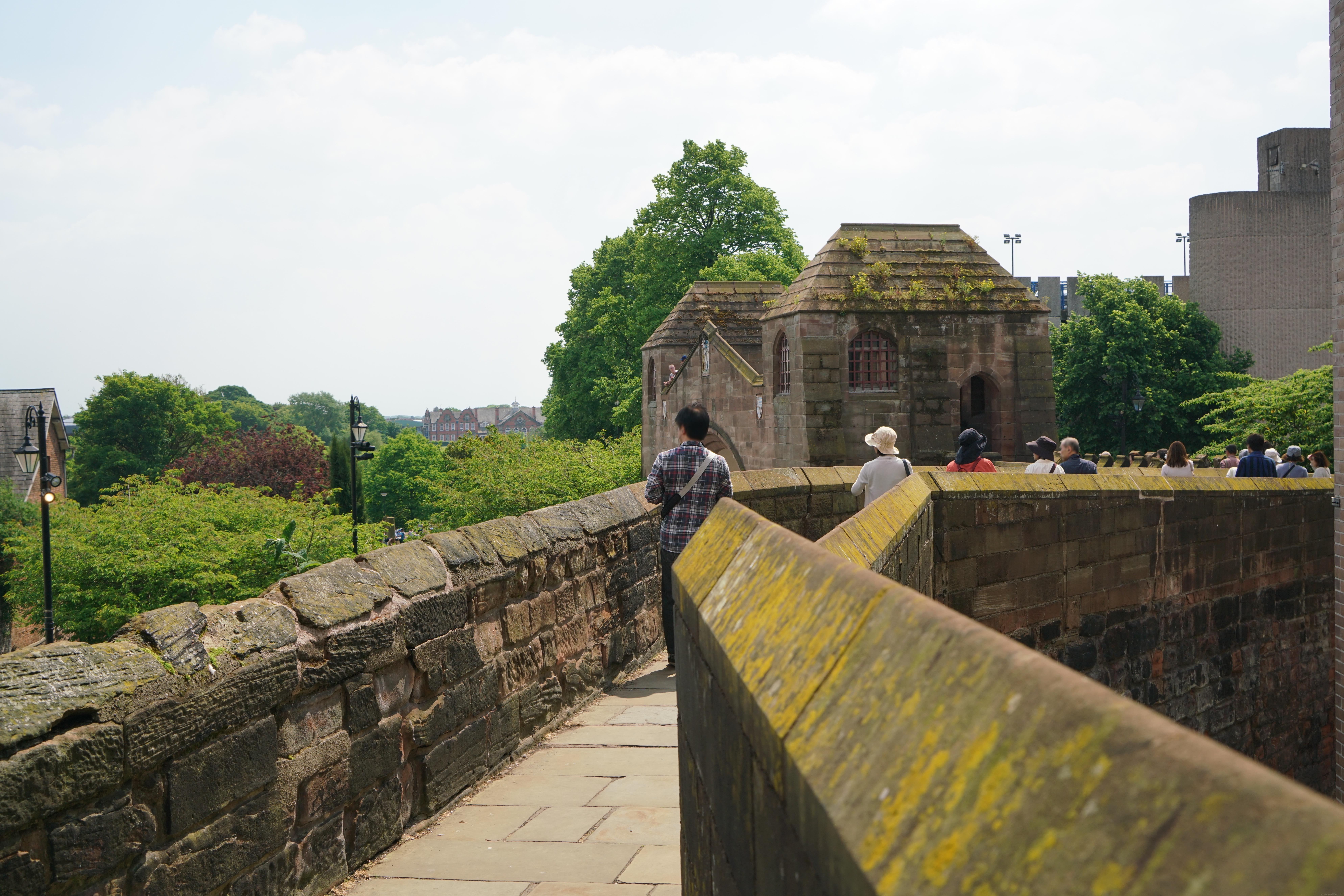 This walled Roman city on the Welsh borders has a great sense of history.  Half close your eyes, and you could imagine yourself an early merchant, surrounded by timbered, beamed and jutted houses full of all sorts of exotic wares.  The city walls themselves are the most complete in Britain, running for nearly two miles with a footpath on top.  On Eastgate, you’ll find Eastgate Clock, said to be the most photographed in England after Big Ben.

Unique to Chester are The Rows.  These are shops or dwellings where you descend from the street to the lower level or go up to a walkway which connects the higher levels.  Just outside the city walls is the largest Roman amphitheatre in Britain, and there’s also Chester Castle to explore.  Here too you’ll find the only professional open-air theatre company outside London, performing at Grosvenor Park Open Air Theatre for a summer season. 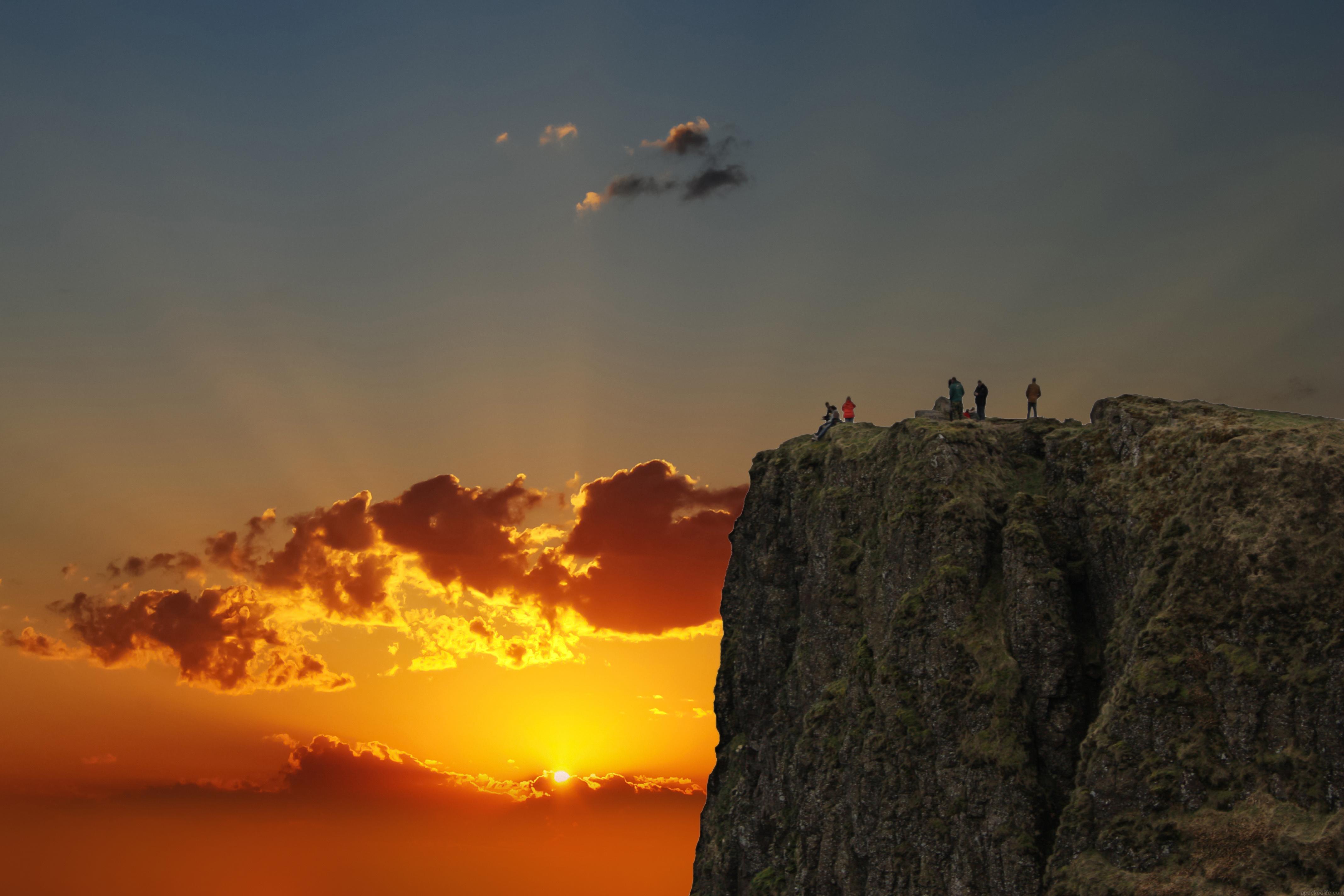 Occupied since the Bronze Age, Belfast has so much to discover.  Home to more than 40 public parks, it’s a green city which has seen substantial growth since the signing of the Good Friday Agreement.   Take time to learn more of the history of The Troubles and the regeneration of this beautiful city.

If you’re in thrall to Game Of Thrones, you can’t fail to take the tour of the location sites here at Winterfell Castle on the Castle Ward estate.  You can even go glamping on the site.  Titanic Belfast is the world’s largest Titanic visitor experience, with nine interactive galleries to explore.  Then get some fresh air and see the city from on high with a hike on Divis and Black Mountain. 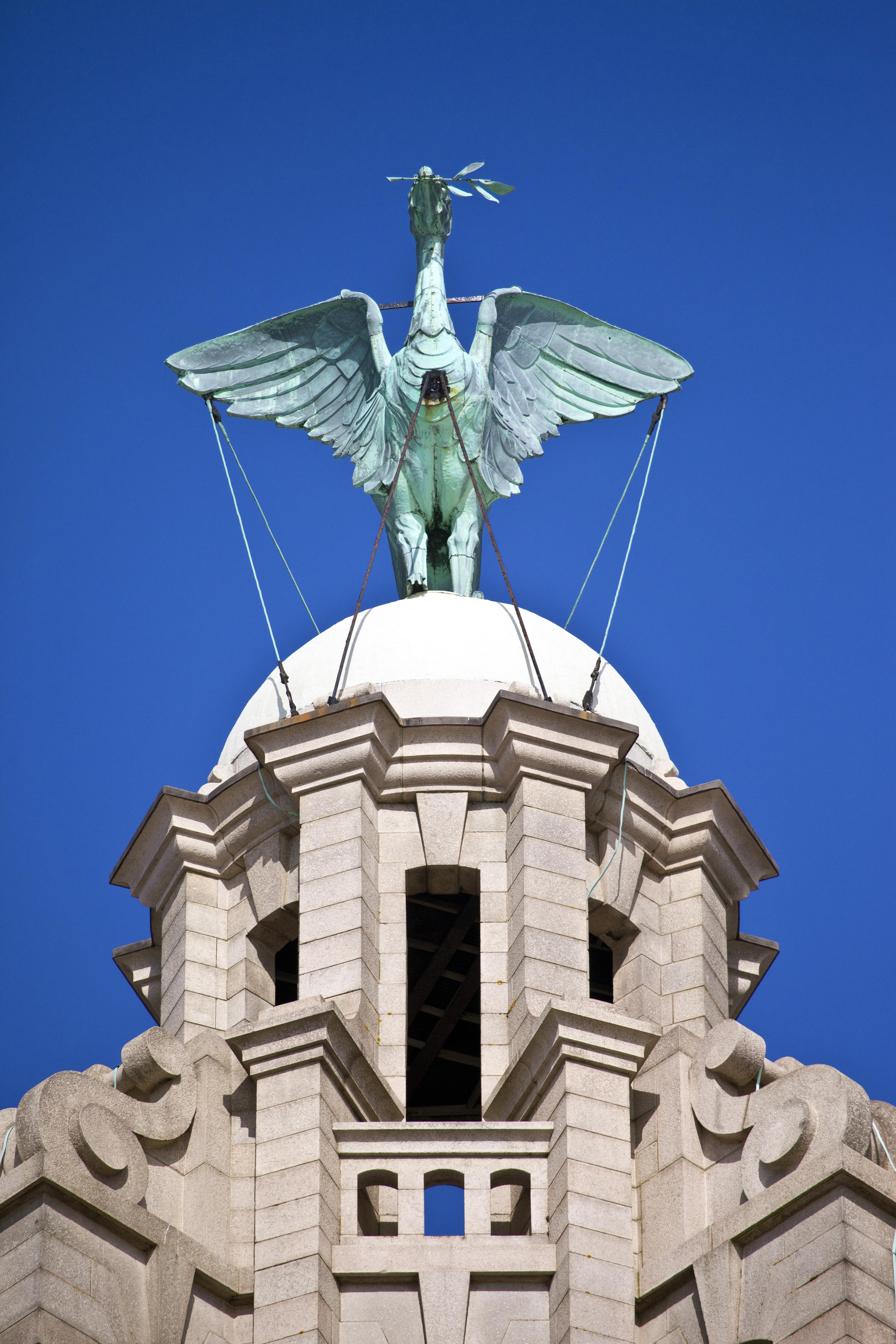 A UNESCO World Heritage site, Liverpool is a city with a fine seafaring tradition.  Its compact centre makes everything walkable, with great views of the Mersey and the historic docks.  It’s home to Merseybeat, and in the Cavern Quarter you’ll find tributes to The Beatles, Cilla, and the acts performing at the legendary Eric’s.

Read more: Things To Do In Liverpool: Maritime To Merseybeat 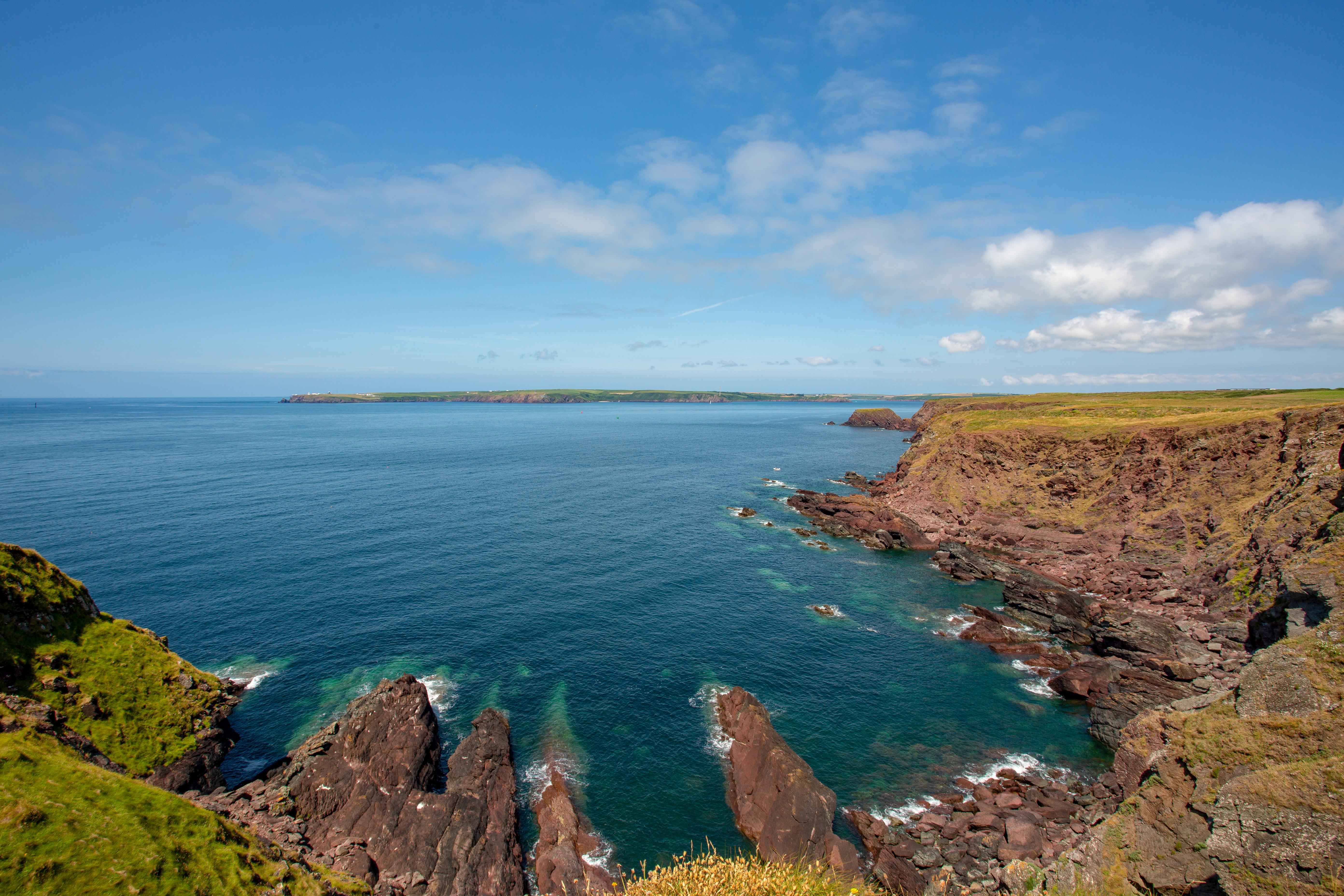 Small but incredibly perfectly formed, St Davids has a population of under 2000 people, but a mighty long list of reasons to visit, making it one of our top 10 UK city breaks.  Named after the patron saint of Wales, St Davids is situated on a beautiful peninsula between Cardigan Bay and St Brides Bay in Pembrokeshire.  The city itself is in the Pembrokeshire Coast National Park, and is designated a conservation area.  This has justifiably been called some of the most beautiful coastal scenery in the world, making this a city break with a difference for the weary traveler.

Take the Puffin Shuttle to explore the coast and the Pembrokeshire Coastal Path.  You can book boat trips to see wildlife, including whale and dolphin watching trips.  Ramsey Island is an RSPB nature reserve, home to guillemots and razorbills.  In the city itself, there is a fine Norman cathedral, built to replace an earlier building regularly ransacked by Vikings.  There’s also the fourteenth century Tower Gate and the Celtic Old Cross.   The Oriel Y Parc gallery displays national treasures including the work of Graham Sutherland.

Birmingham: City Of One Thousand Trades 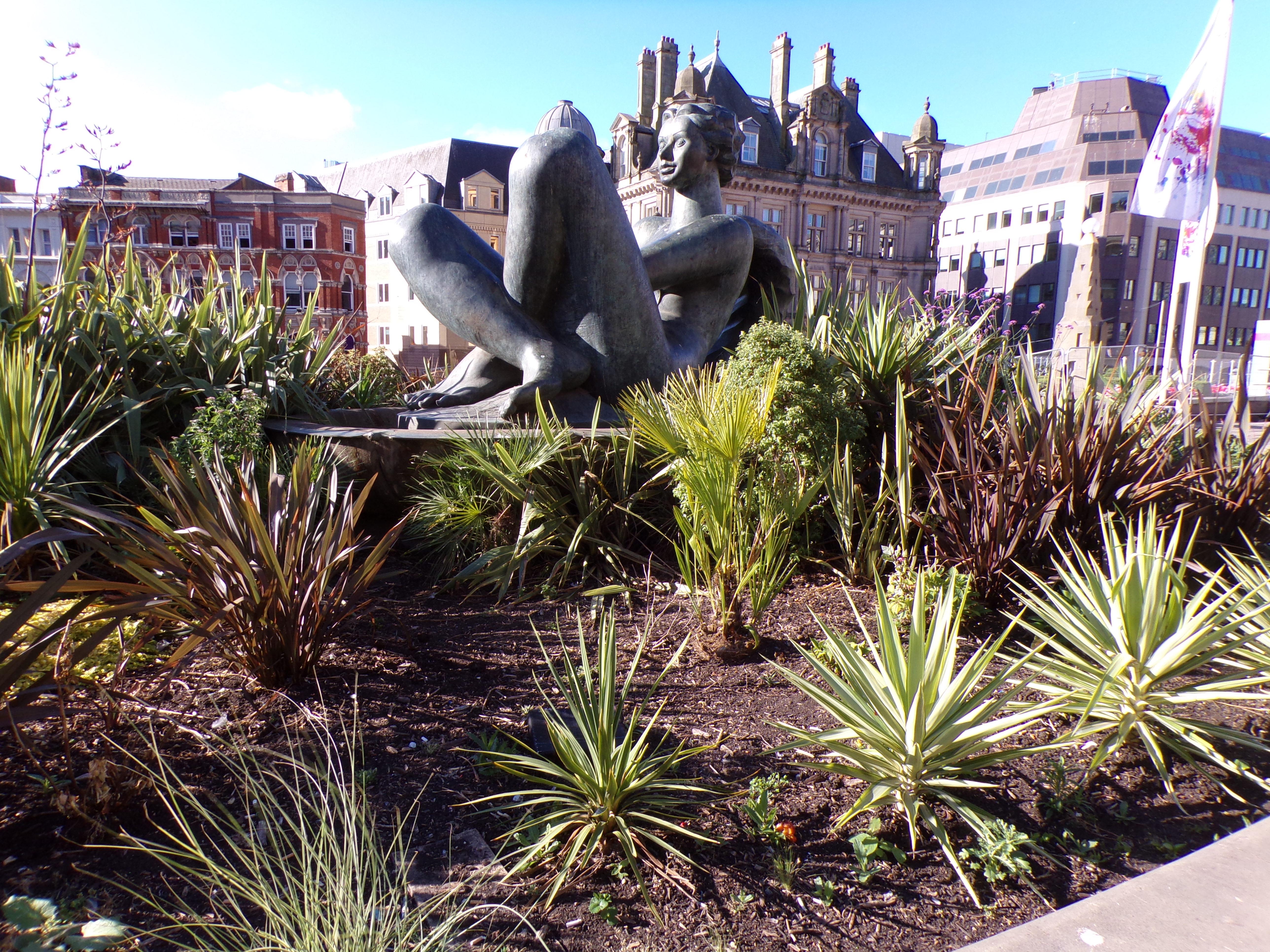 Britain’s second city has a beautifully compact centre.  Noted for having more miles of canal than Venice, much of the canal area has now been refurbished and renovated, making for great canalside dining and entertainment in and around Gas Street basin.  The magnificent Museum and Art Gallery and Town Hall are complemented by the new Library of Birmingham – all encased in a flower cage.  Nearby is the Electric Cinema, a restored old building with a fine repertoire.

Don’t forget Birmingham’s extensive shopping options from the new Bullring, elegant Grand Central and the Mailbox through to hip and eclectic buys at the Custard Factory.  There’s even a chance to explore Middle Earth through the Shire Country Park, near Tolkien’s childhood home, and take the Tolkien Trail to find the Two Towers from Lord of the Rings.

Read more: Romantic Things To Do In Birmingham 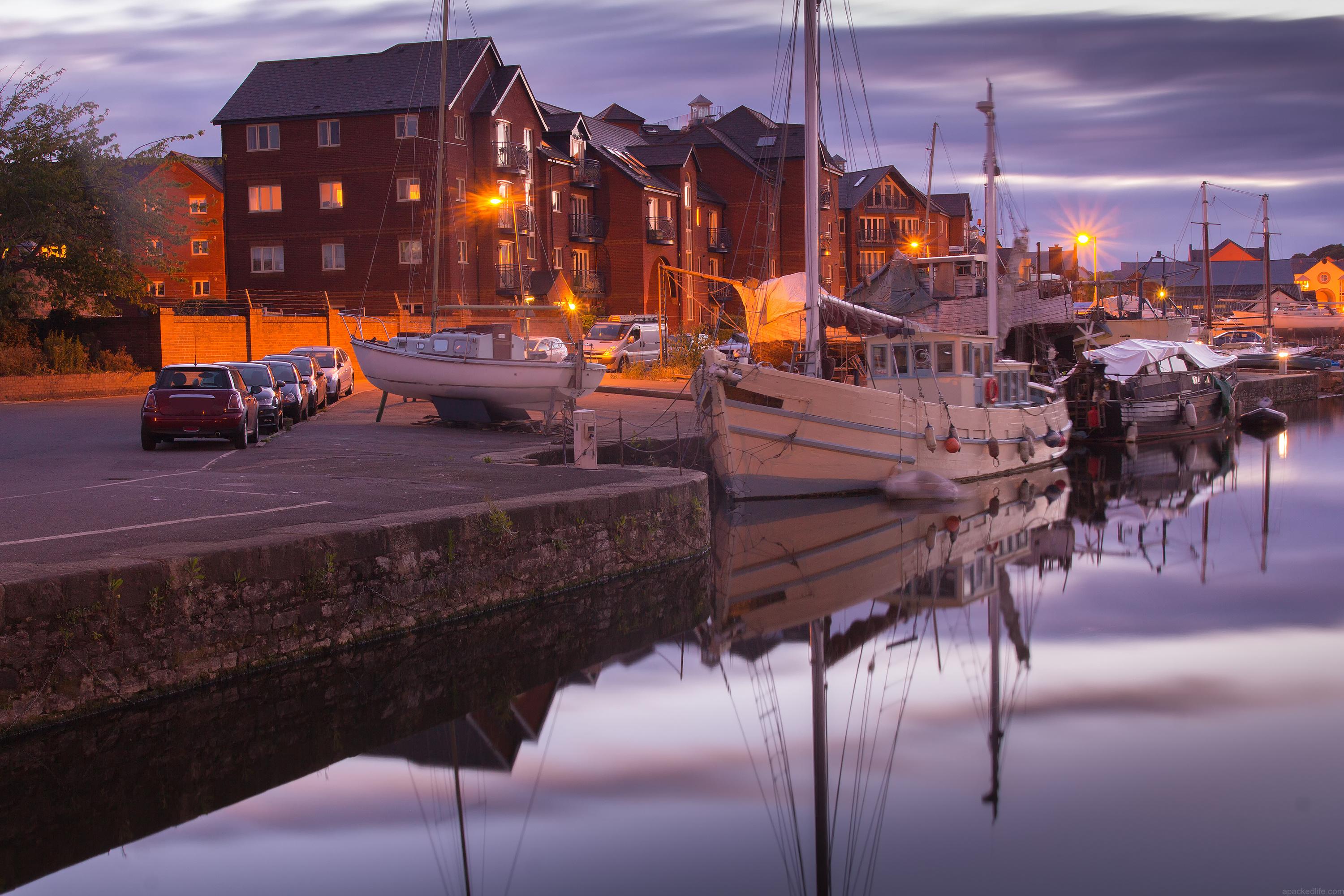 Sir Francis Drake, the legendary sailor, was a Devon man, and he is said to have been a regular at the Ship Inn, near the historic centre of Exeter.  Just around the corner, you’ll find Tudor Mol’s Coffee House, still providing refreshments in Cathedral Green many centuries later.   The spectacular cathedral is worth a visit, as is ruined Rougemont Castle which commands a beautiful central park.  There’s plenty of seafaring charm to enjoy in this city on the Exe estuary, including entertainment and dining venues on the Quayside.

Look out for the “house that moved” a Tudor house popped gently onto massive rollers and moved out of the way of a new road development.  On a fine evening, take a walk alongside the Exeter Ship Canal out to the Double Locks, a pub that can only be accessed by boat or on foot.  You might be interested to squeeze your way down Parliament Street, said to be the narrowest street in England and right beside the elegant Guildhall.  And check out Gandy Street, full of tiny shops said to have inspired J.K. Rowling.  All these quirky discoveries help make Exeter one of our top 10 UK city break destinations.

Read more: Places You Must Visit In Devon 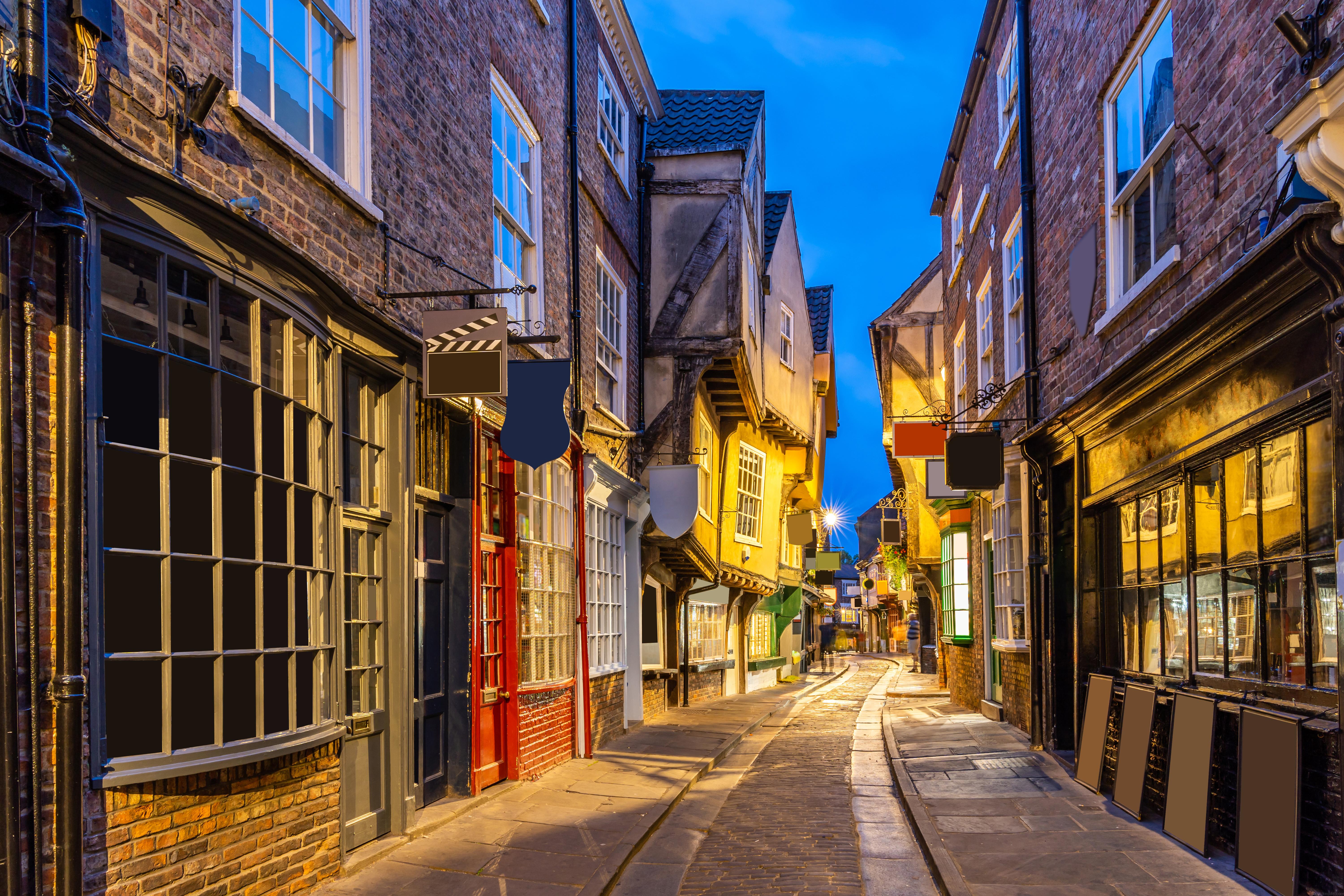 Situated on the confluence of the rivers Ouse and Foss, York was founded by the Romans in 71AD.  It became the capital of kingdoms including Jorvik, the Old Norse from which its name is derived.  It became a major wool trading centre in the Middle Ages, the hub of the railway network, and a manufacturing base for confectioners.  Today the ancient city walls and other parts of York’s history such as Micklegate Bar (the south entrance to the city) are key visitor attractions, making this one of our top 10 UK city breaks.

Clifford’s Tower, part of York Castle, sits beautifully on a plump mound overlooking the city.  The centre is full of the exquisitely-named  Snickleways, narrow pedestrian routes leading to former market places. Medieval shopping street The Shambles is full of charm. Formerly a row of butchers’ shops, you can still see the ancient fittings in many of the buildings.   York Minster has to be considered one of the most spectacular cathedrals in England.  There’s a large National Railway Museum with the biggest collection of railway locomotives in the world; George Hudson the railway promoter insisted that “all t’railways come to York”.  You’ll also find the Yorvik Viking Centre, York Dungeon and York’s Chocolate Story, surely a fine combination of attractions. 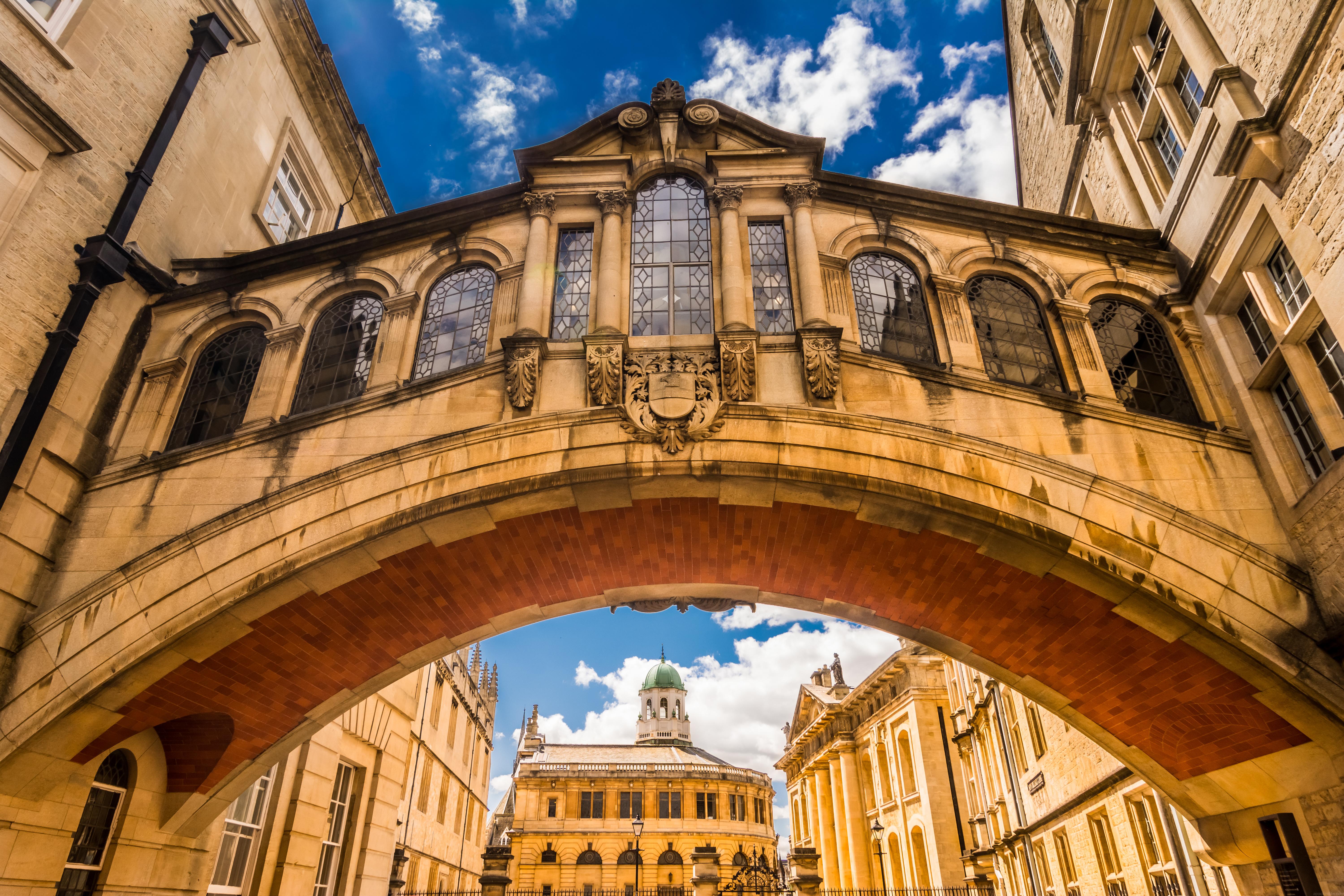 Poet Matthew Arnold coined the phrase “city of dreaming spires” to describe Oxford in a way that has forever captured the essence of the city.  Home to the oldest university in the English speaking world, the university is first mentioned in the 12th century, with St Edmund Hall (1255) University College (1249), Balliol (1263) and Merton (1264) being the earliest seats of learning.  Christ Church Cathedral is unique in having a college chapel and cathedral in one site.

With such a long focus on learning, it’s not surprising that Oxford has plenty of places to expand your brain and delight your eyes.  Notable are the Bodleian Library, its shelves growing at three miles a year from the copies of each new book published in the UK.  Then there’s the elegant Radcliffe Camera, built in 1748 and now a reading room.  You wonder just how much work you might achieve in such splendid surroundings.  The museums are understandably world-class too from the Ashmolean (containing exhibits from Michaelangelo, da Vinci, Turner and Picasso) to the Pitt-Rivers (archaeology) and the Bate Collection of Musical Instruments.

Brain exploding from all that learning?  Get some endorphins on the water; after all, this is the city that provides one half of the annual Boat Race.  Not to mention the potential to go punting on a flat-bottomed boat, surely one of the most challenging feats of coordination I have ever tried (failed) in my life. 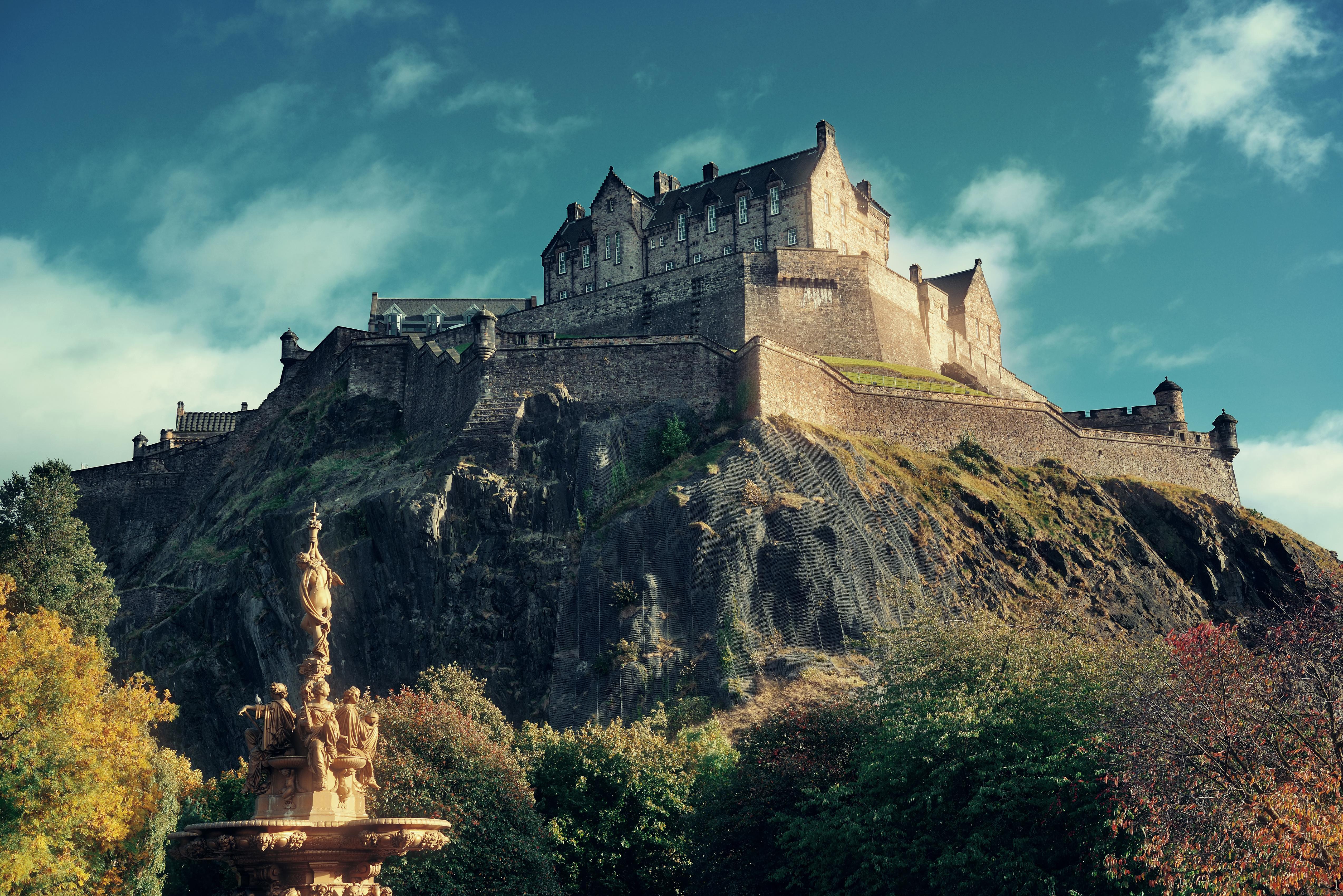 It says something about all that Edinburgh has to offer when you struggle to summarise your thoughts.  Seat of the Scottish Parliament, home to the Royal Mile and Holyrood House, the affectionately named Auld Reekie (Old Smoky, from its coal fires) has so much to see and do that one city break won’t be enough.  Old Town with its medieval street layout and the Georgian New Town form a UNESCO World Heritage Site.  If you plan your visit well in advance, Edinburgh is renowned for the world’s largest international arts festival, the Fringe, and also the celebrations for Hogmanay and Burns Night.

Built on seven hills including Castle Rock, Arthur’s Seat – one of the earliest known sites of human habitation – and Calton Hill, you’ll enjoy exploring Edinburgh’s charms on foot.  From Greyfriars Kirkyard to Grassmarket and the shopping of Princes Street with its beautiful gardens below, you’ll find it difficult to squeeze in everything you might want to see.   Side trips to the port of Leith (including the Royal Yacht Britannia) and Portobello for its beach and promenade are highly recommended.

Read more: This is Edinburgh and Sleeper Train To Scotland 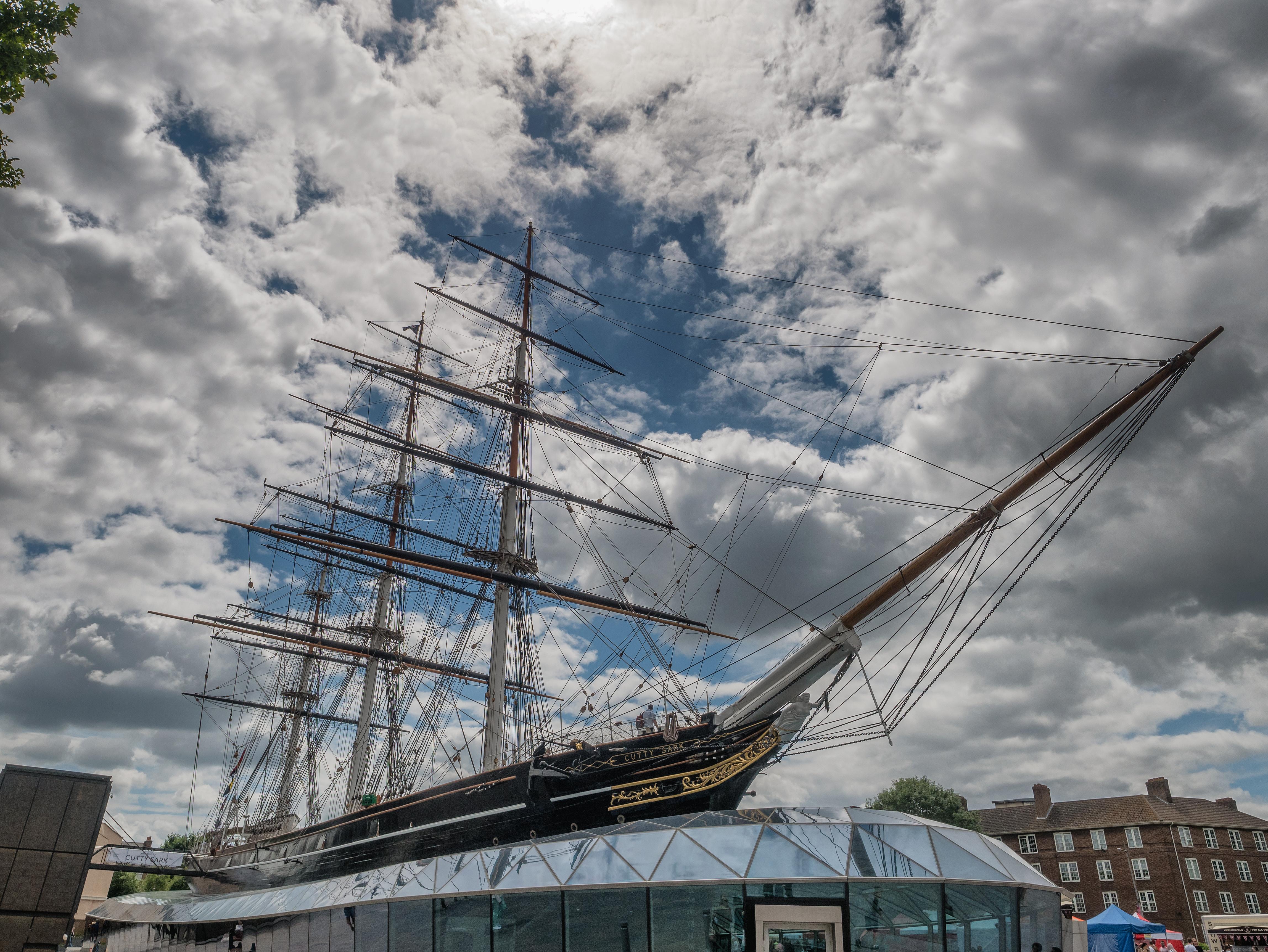 You may have noticed that this is number 11 on our list.  We’re always happy to add a bonus.  But more seriously, it would be remiss not to include London on a list of city break destinations.  Here I’m urging you to look at London a little differently.  Instead of thinking LONDON in big capital letters with all that entails, I’m suggesting you pick a theme or a location to enjoy your best city break here.

There are so many choices open to you from London’s greatest hits, surely the obligatory choice for your first visit, through to theatre or cultural breaks.  Or else choose a particular part of London to explore.  I’d suggest leafy Hampstead or maritime Greenwich, for example.  Or get under the skin of a location by choosing somewhere with history and stories to explore; on our last two city breaks in London, we stayed near Leadenhall Market and also went exploring Shad Thames.

There were so many more contenders for this top 10 UK city breaks.  I had to put aside historic Cambridge, maritime Bristol, the stories of Canterbury and Durham, pretty Inverness and vibrant Cardiff.  Where would you go and why?

If you’re heading to the UK, why not check out our 10 day UK itinerary? Here we’ve given you 5 choices of the best UK trips, some by road, some by rail and a final bonus which doesn’t involve unpacking every night. 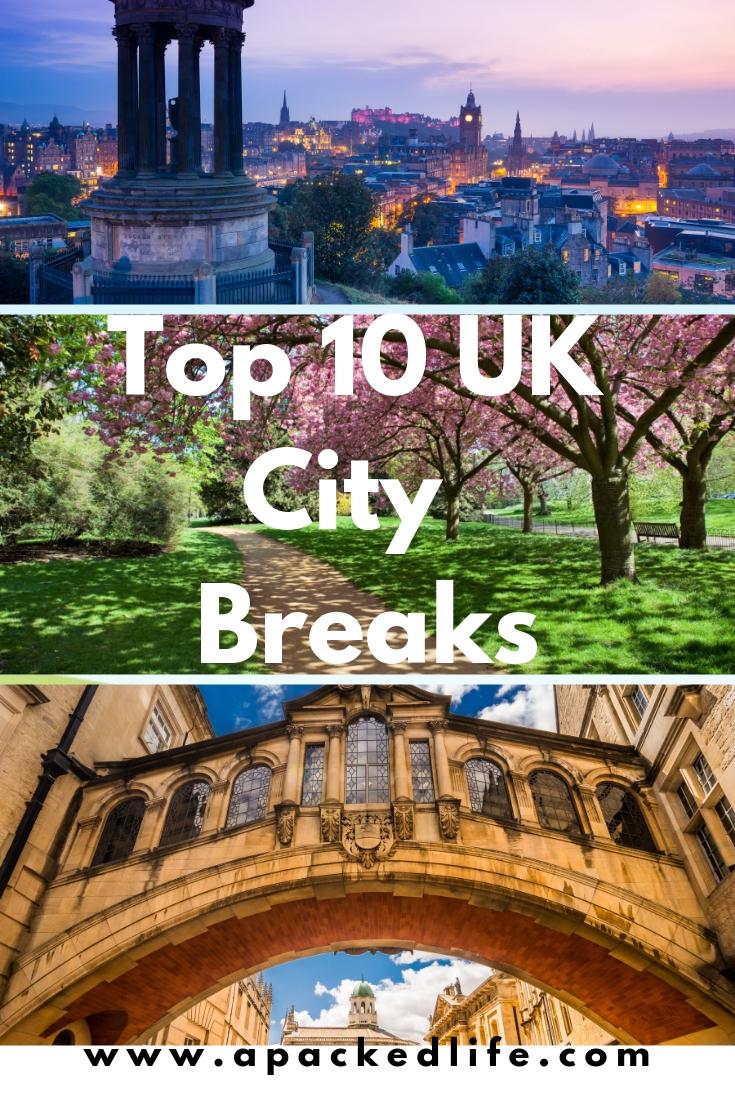 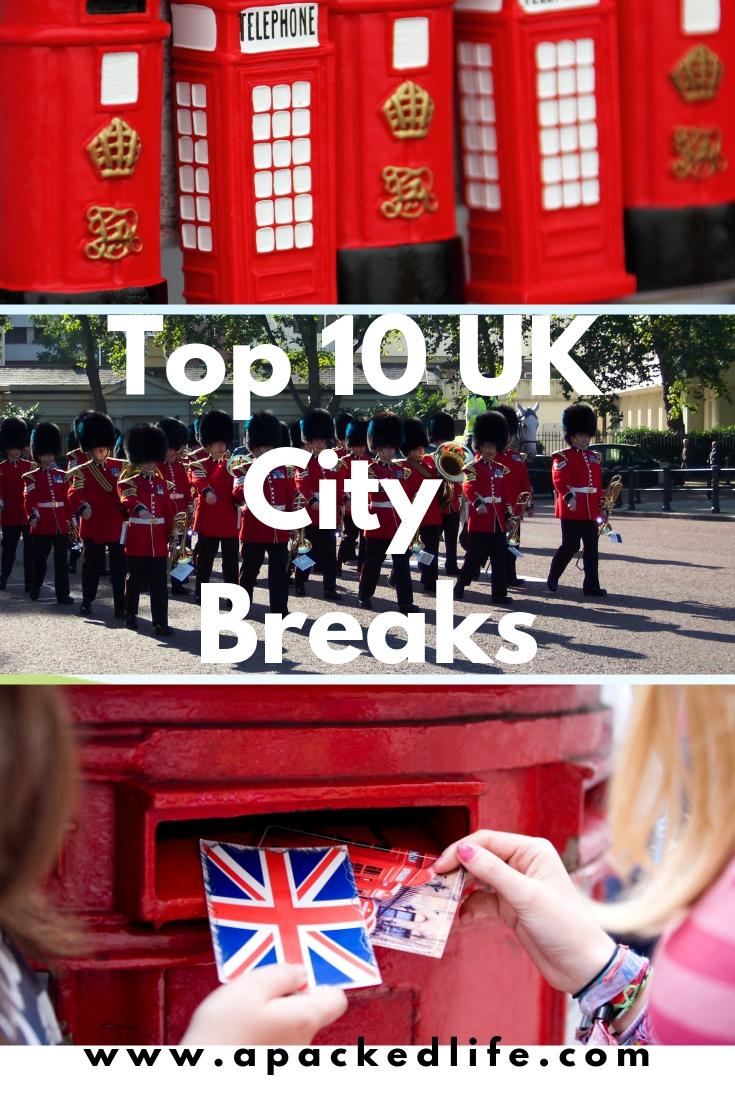 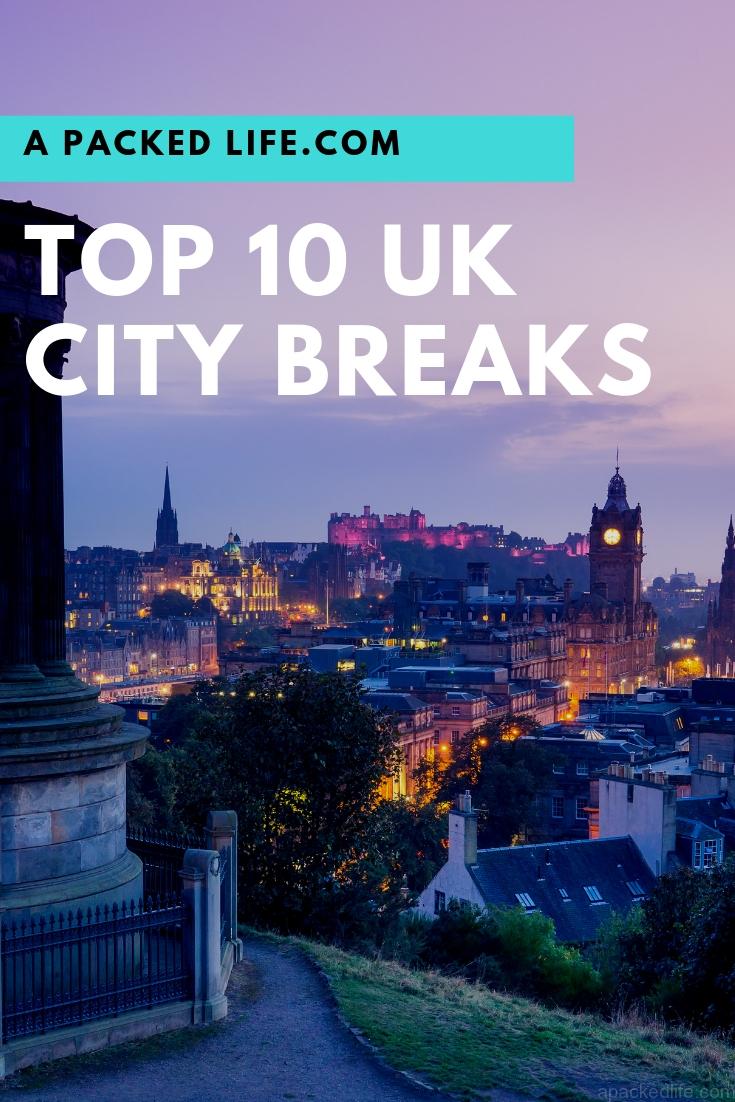