It isn’t every cold war secret nuclear bunker that advertises itself on brown road signs.  But Hack Green is something of an exception to many rules. 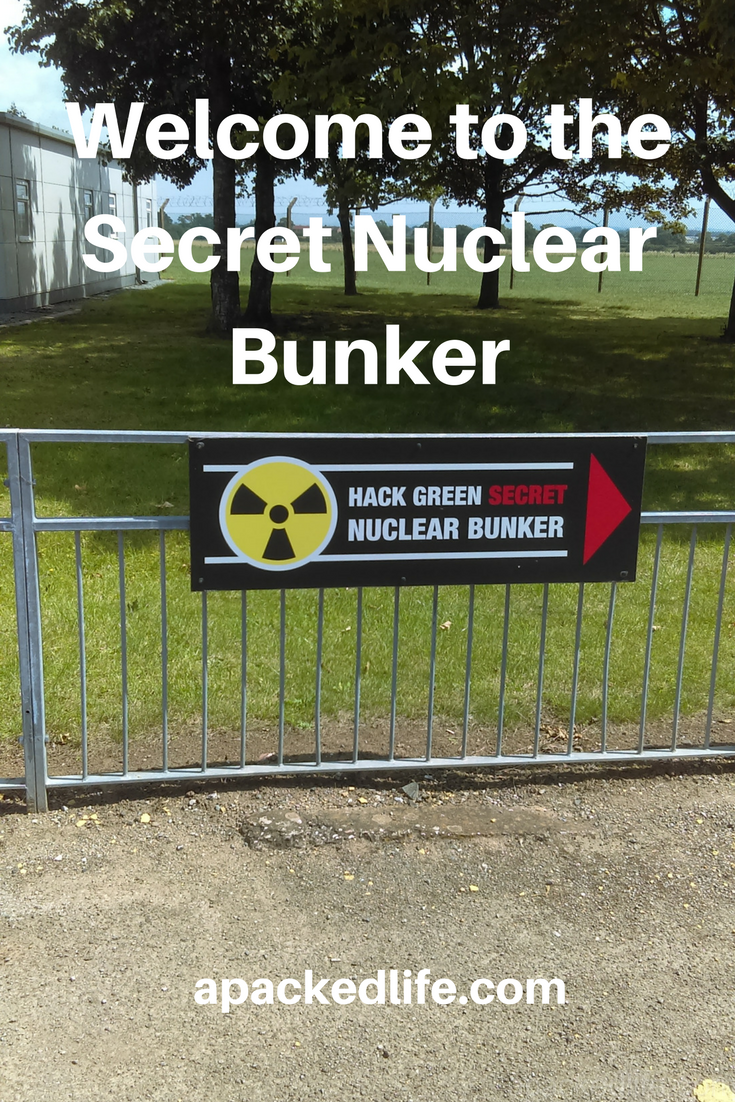 Growing Up With The Nuclear Threat

Growing up in the 1980s, there was the implicit threat that the Government booklet, Protect and Survive, might someday actually be needed.  Not that I ever imagined digging out our garden to cover the doors with earth in readiness for a nuclear event.  It was more of a gut fear that the excellent drama Threads might have some basis in future horrors.

I like to think that we learn from previous generations’ mistakes, and so a trip to Hack Green is very much part of that.

Civil Servants of the 1980s?  Here’s a trip back to your office

There is also an amusing reason to make the trip if you have ever worked for a Government department in the UK.  You’ll spot various generations of civil service furniture carefully laid out in the building.  Remember that time when a lofty “Grade 7” manager could expect a rug and a coat stand?  And a chair with arms?  You’ll find them there.  Along with those mightily uncomfortable green desk chairs and the accompanying metal desks.

Commenting on Government statistics on the effects of nuclear incidents & war, the Leeds City Council, Peace & Emergency Planning Sub-Committee said “ A politician uses statistics like a drunk uses a lamppost-for support rather than illumination”.

Not far off the beaten track in Nantwich, Cheshire, Hack Green bunker is mostly concealed by a large green mound as you approach the site.  Once you enter the metal fencing with its guard posts and stern signage, the majority of the bunker remains hidden.    It had previously been used as a decoy site to avoid bombing at the railway in Crewe, a major transport hub.  In 1941, Hack Green was selected to protect the land between Birmingham and Liverpool from hostile attack.

It is thought that in a nuclear war the UK would expect 200 megatons of nuclear weapons to be delivered against approximately 80 targets.

A top secret plan called Rotor was devised to place 1620 radar screens into bunkers covering the UK.  RAF Hack Green was given the role of protecting Britain against the perceived Soviet threat of both conventional and nuclear war.  Using new long range radar, Hack Green could give warning to enable the RAF to intercept.  It could also enable the Victor V-Force nuclear bombers to launch a retaliatory attack. 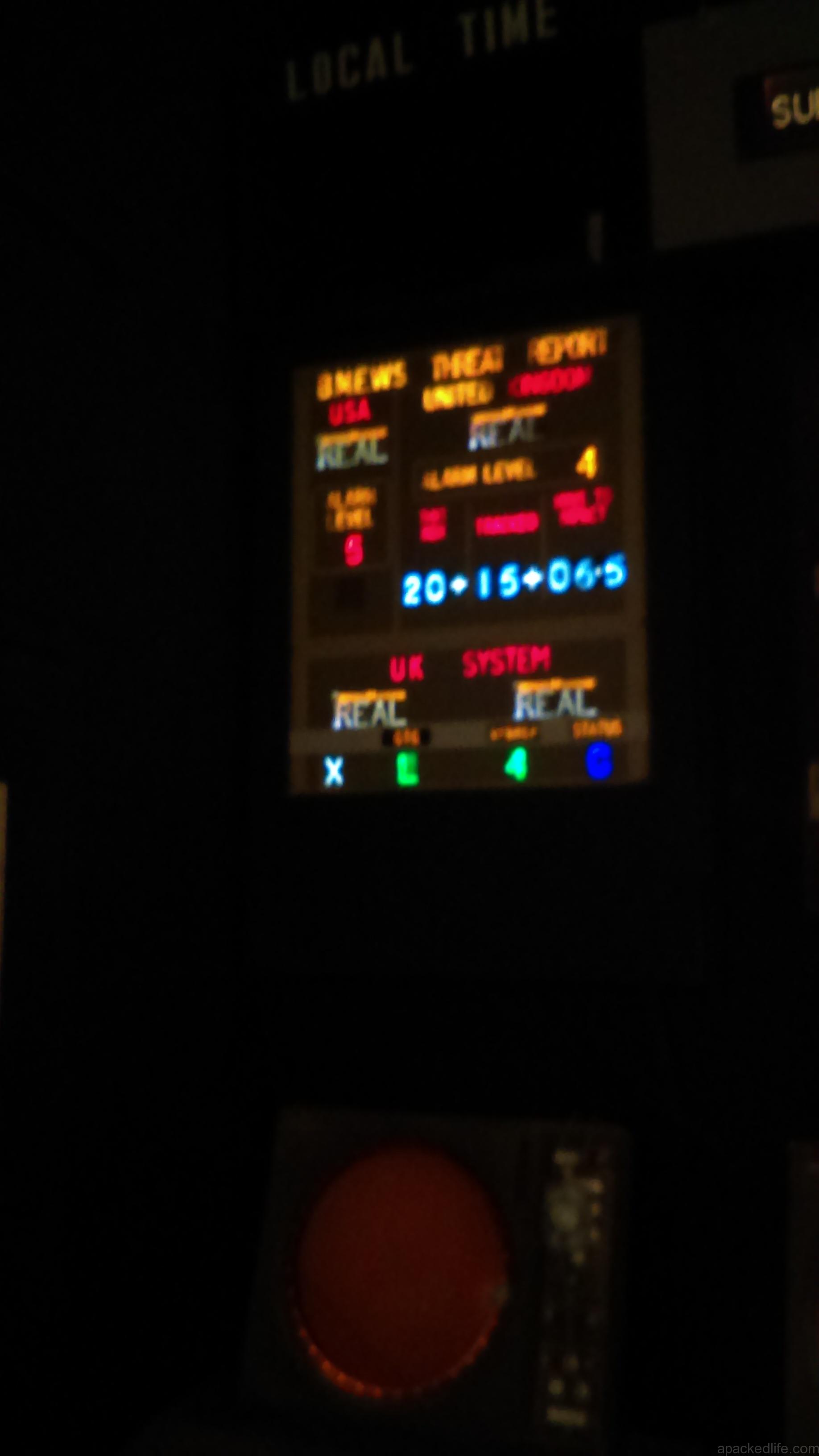 RAF Hack Green was closed in 1966, with its role being transferred to RAF Lindholme.  It gained a new civil defence role from two key developments in the 1950s and 1960s: thermonuclear weapons and intercontinental ballistic missiles.  Secret plans were drawn up to manage the country’s affairs through seats of regional government.  At a cost of some £32 million, Hack Green was converted into a vast underground complex.  It had air conditioning, life support, nuclear fallout and decontamination facilities and emergency water supplies.  It was designed to support the civil servants and military personnel who would provide regional government in the event of a nuclear attack.

In 1985 Somerset council was given £20000 towards the cost of refurbishing its Civil Defence HQ. When inspected by the Home Office it was found to have an outside toilet.

Hack Green offers a self-guided tour around the bunker.  You can enter most of the rooms that would have been in use had the bunker been needed for its intended purpose.  You can see the NAAFI, now a comfortable cafe, the dormitories, the decontamination room and the sick bay.  You can also see all the infrastructure that supported life below ground: water purification, telecoms and energy.  The Commander’s office has a desk with a collection of phones, while behind him a small camp bed is footed by a tea trolley with a large urn and myriad cups.  Whatever befell the country, the Commander could offer tea to all those working below ground.

You can see the incoming missile maps that would have lit up had nuclear war begun.  Displays would have indicated the time to impact while attack-warning sirens sounded across the country.  A separate room dealt with the fire service response.

I found the map outlining the impact of an attack on Birmingham particularly chilling.  The article points out that the council buildings are at the very centre of the city, making the council teams unlikely to be able to respond in the event of an attack.

Hack Green has a broadcast studio, where messages would have been conveyed to the public.  I tried and failed to imagine how it would have been to sit there and provide information in such frightening circumstances.

The local government central nuclear civil defence HQ in Sheffield in 1984 was a broom cupboard. (Sheffield was a Labour controlled Nuclear Free Zone)

Setting Up The Exhibits

Following the fall of the Berlin Wall and the end of the cold war, some weapons were decomissioned and others updated to Trident.  Robert Siebert began the task of setting up the exhibits at Hack Green.  He acquired the last two remaining WE 177 400-kiloton nuclear weapons via the Atomic Weapons Research Establishment. They were made safe for exhibition.  They are surprisingly and worrying small for the amount of havoc that was once contained within.

It’s not all sad

Visiting Hack Green bunker is not all grim.  There is a large cafe, where you can sit with a coffee and a bun, and listen to children calling happily as they run around the exhibits with their parents.  There’s a trail to find secret spy mice.  And the child model in a decontamination suit clutches a decontaminated bear. 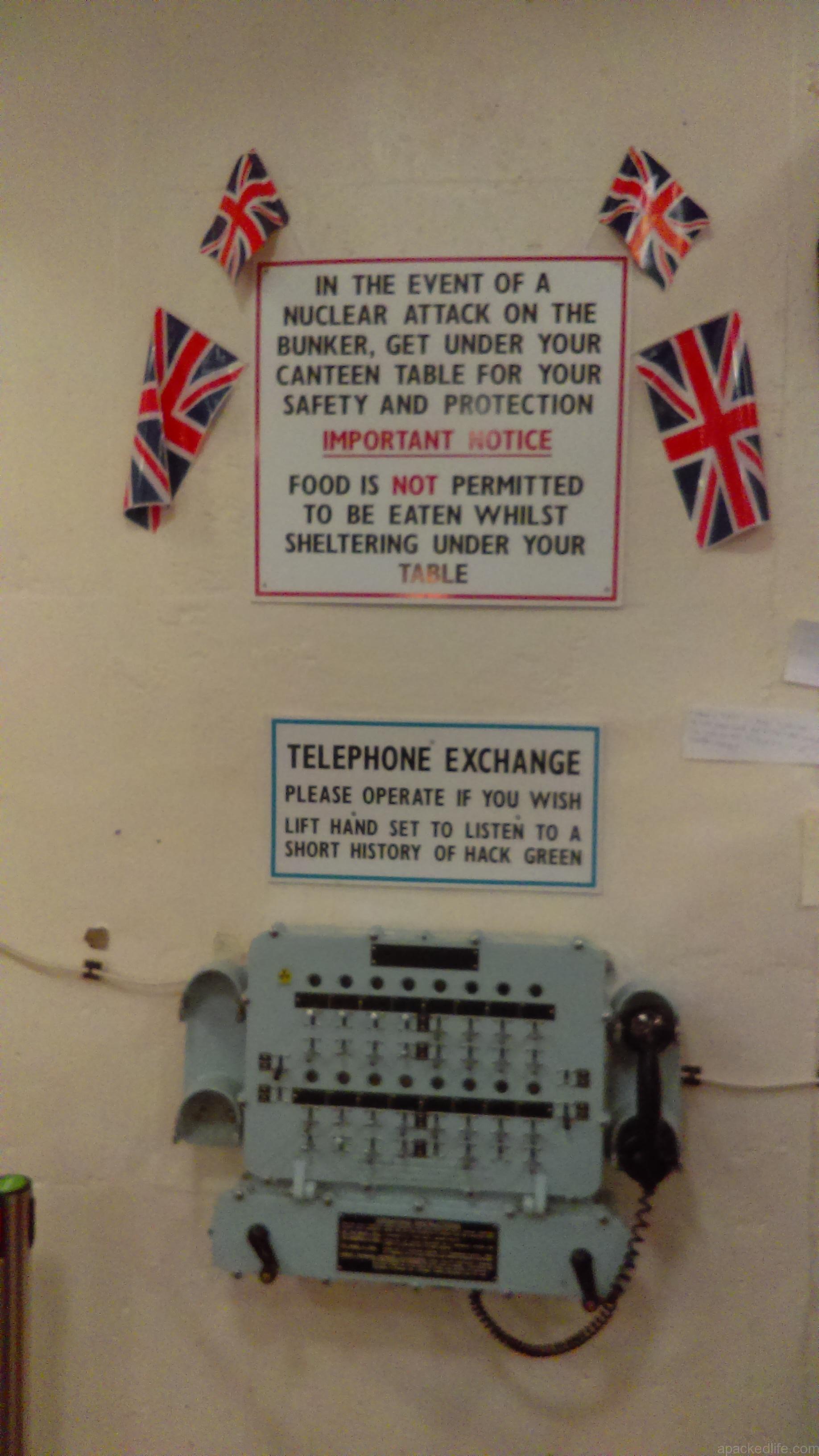 If you find yourself under attack at the bunker, leave your tea on the table in the canteen

There’s a large poster calling attention to Goulash the bunker cat, and his friends.  He wanders the bunker, taking the occasional nap in the dormitories. 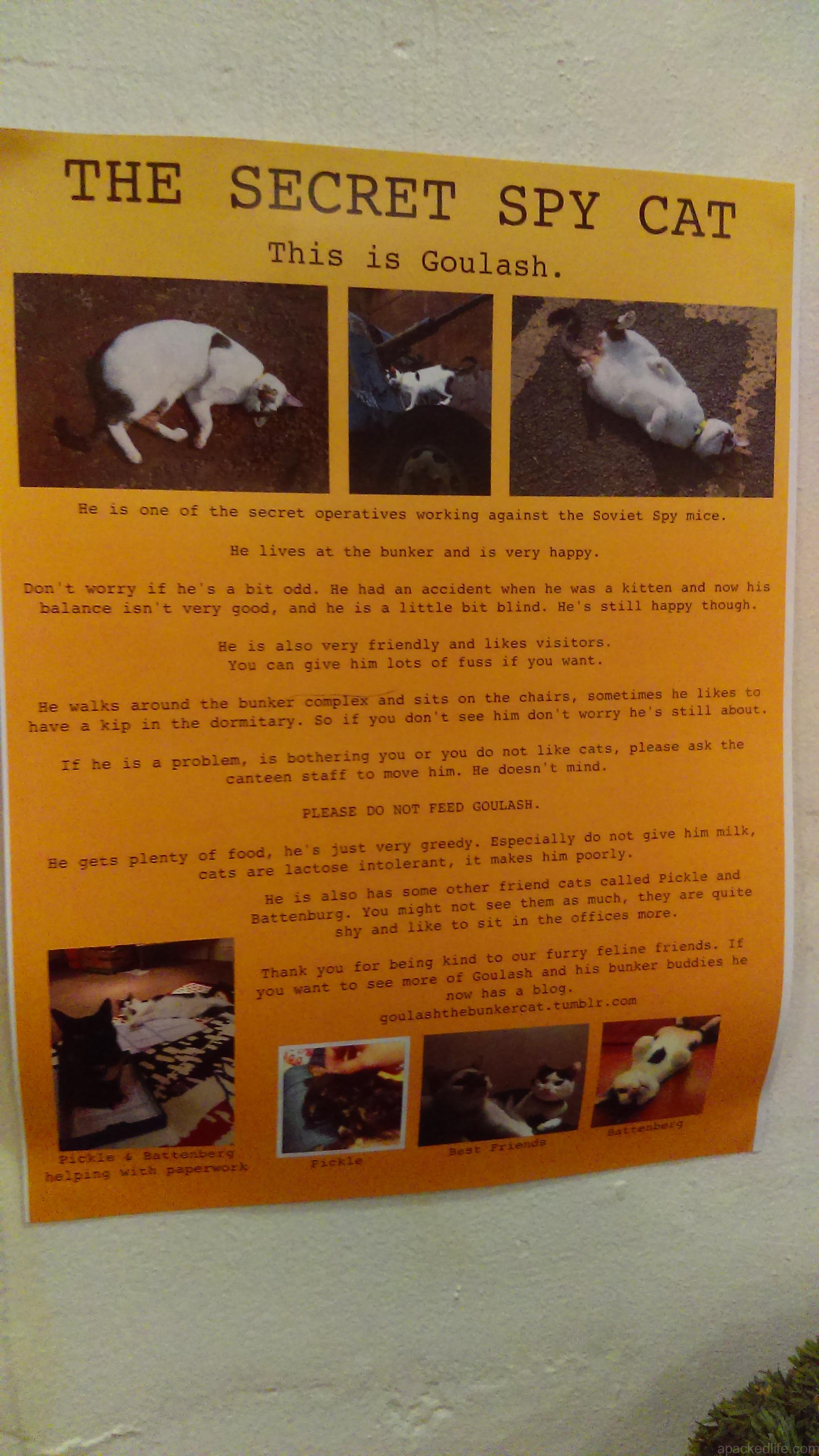 Then you work your way along the signposted tour, and your blood begins to run cold as your imagination works its way through the what-ifs.  It’s difficult to imagine what it would have been like for those required to work in the bunker.  Seeing the grim rows of metal cots, the on-site hospital and the red emergency phones really does call into question whether this was an exercise in hope or futility.  I emerged, sadder, wiser, but strangely hopeful.  And pleased that office furniture has made vast improvements in ergonomics.